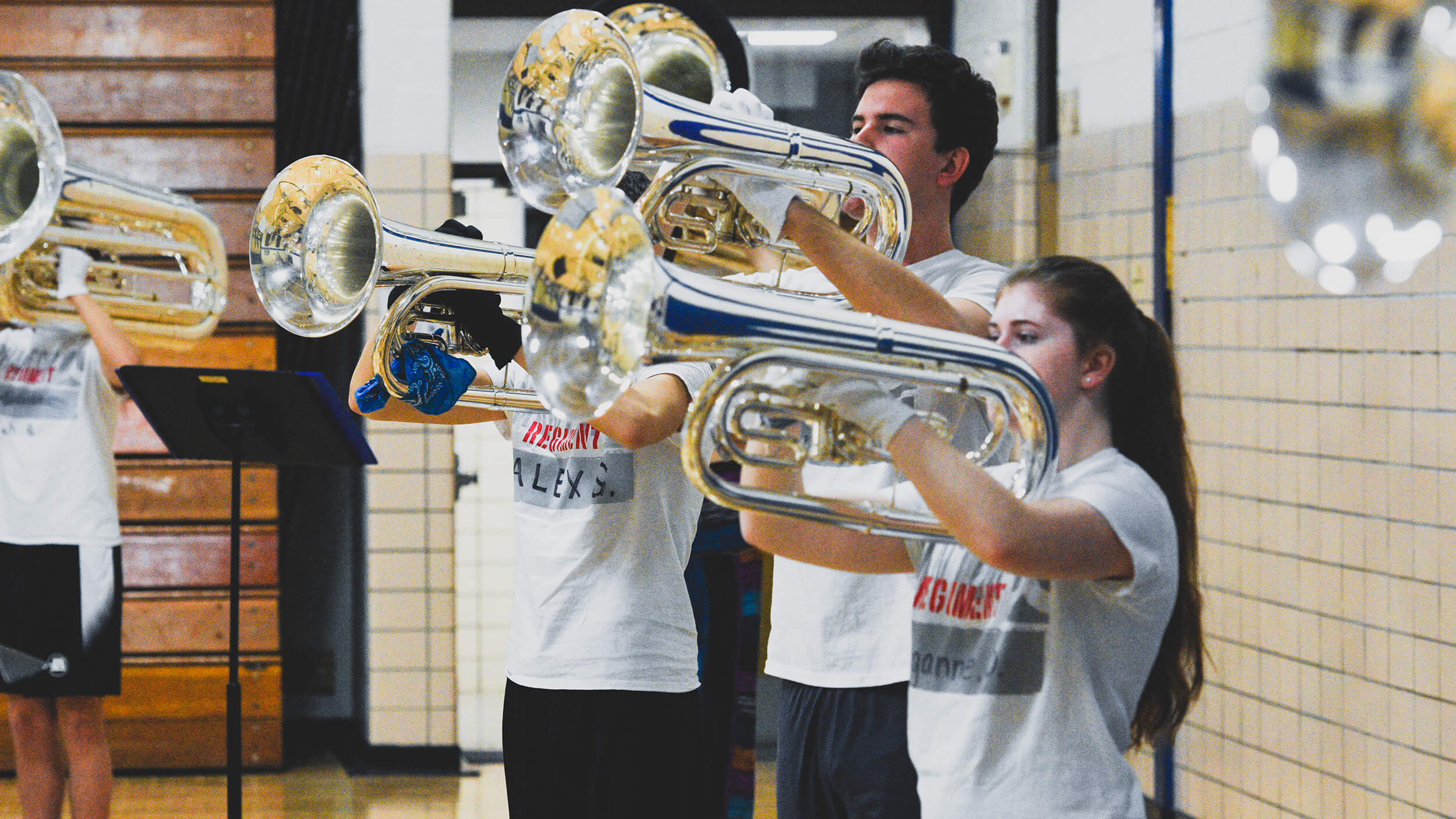 BELOIT, Wisconsin — “Everybody is going to be happy; that’s all I’ll say.”

Tony Hall had a satisfied look on his face as he smiled, nodded, and said those words during Phantom Regiment’s February brass camp at Aldrich Middle School the weekend of February 21. There was confidence in him as he described what fans could expect out of Phantom Regiment in 2020.

Regiment’s off-season has been one of transition, and Hall is just one example of that, having stepped into the role of program supervisor for the upcoming season.

But he’s no stranger to the corps. No one on this design team is. 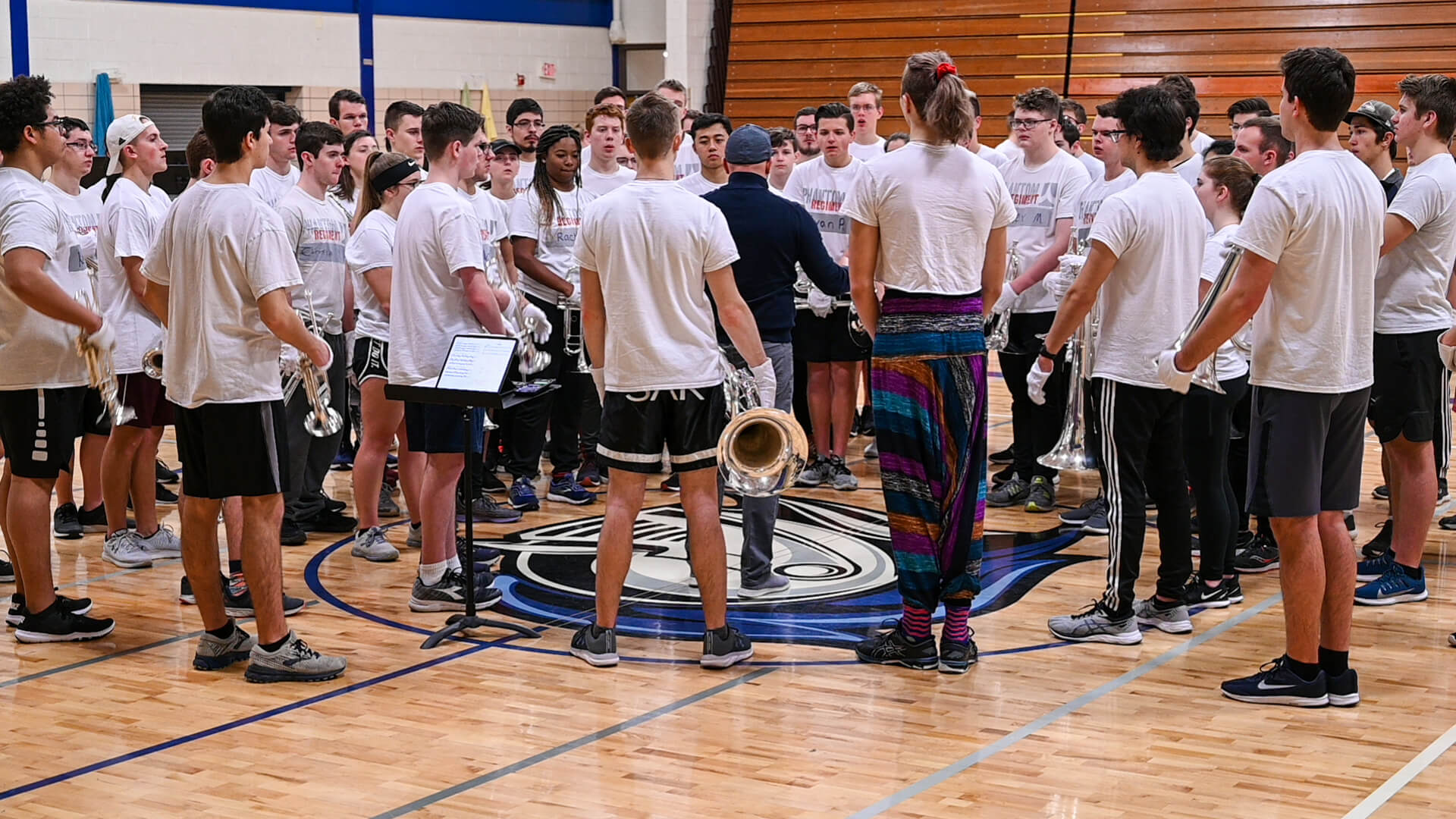 J.D. Shaw is back as the corps’ brass arranger, a role he filled from 2002-2011. Adam Sage holds the role of creative visual director and color guard designer, the latter of which he also held in 2008. Jeremy Hunt is Regiment’s visual designer; he designed the corps’ drill in 2015. And Rob Ferguson, the corps’ percussion arranger, has held that position since 2015.

As for Hall, he’s been involved with the corps’ design process on and off for most of the last three decades, with his most recent experience at Phantom Regiment coming in 2016.

As you’d expect, the pieces have clicked.

“It's been awesome; we’ve had many meetings live but we have a consistent schedule of conference calls with this design team,” Hall said. “All of the members are gelling together and feeding off of each other to put this (show) together.”

But Regiment in 2020 isn’t all about what’s new behind the scenes. Staff hirings make headlines, but the focus, for the corps, is on the individuals who will perform whatever is created by this new-look design team.

Download audio/video of Phantom Regiment's 2019 "I Am Joan" production

If anything, it’s the membership that’s been the constant during an off-season of staff changes for Phantom Regiment, with plenty of veteran members hoping to carry over the culture that was built throughout the 2019 season into 2020’s campaign.

Various members echoed a shared experience that this year’s corps is notably close-knit and familial, especially for this point in the process.

“I feel like, as a corps, we're already so much closer than we were last year,” mellophone section leader Abby Reese said. “I feel like the members have really taken that step to reach out to the new people and bring them in and make them our family.”

“We stress all the time that being a family off the field is just as much a job as doing your job on the field as well,” added conductor Geneva Le. “We understand that, regardless of experience, everyone's here for the same goal. And so we stress a lot of those values really often, and we constantly talk about what it means to be an ideal Regiment member a lot of the time.”

While family has been the focus during the winter rehearsal camp season, members are noticeably excited about the music that’s already been put in their hands; in fact, they have all of their music for 2020.

And they’ve had to spend plenty of time working on it on their own, too. According to Reese, J.D. Shaw has implemented a “winter program” that requires members to submit video assignments of their own rehearsals for critique.

It’s certainly a commitment, but she’s already seeing the dividends pay off.

“It's been really cool to come in and see people play that run and nail that lick,” she said about the corps’ new music. “Everything's just so much better than it was last camp and it's 100 percent accredited to the winter program.”

“I love seeing their eyes light up when they hear that moment, the first time when everybody is playing,” Hall added. “We're truly bringing back the Phantom Regiment sound.”

Having Shaw back in his role of arranger has been a meaningful experience for members, especially given his rich history with the organization. In his prior years as arranger, the corps earned three medals and eight top-five finishes while performing classic productions like “Spartacus,” “On Air” and “Juliet,” just to name a few.

“We've heard so many stories about him and what he's done for the corps,” Reese said. “To have him back, it almost feels like we're returning to the old Phantom Regiment. It just feels really special to get to be a part of that.” 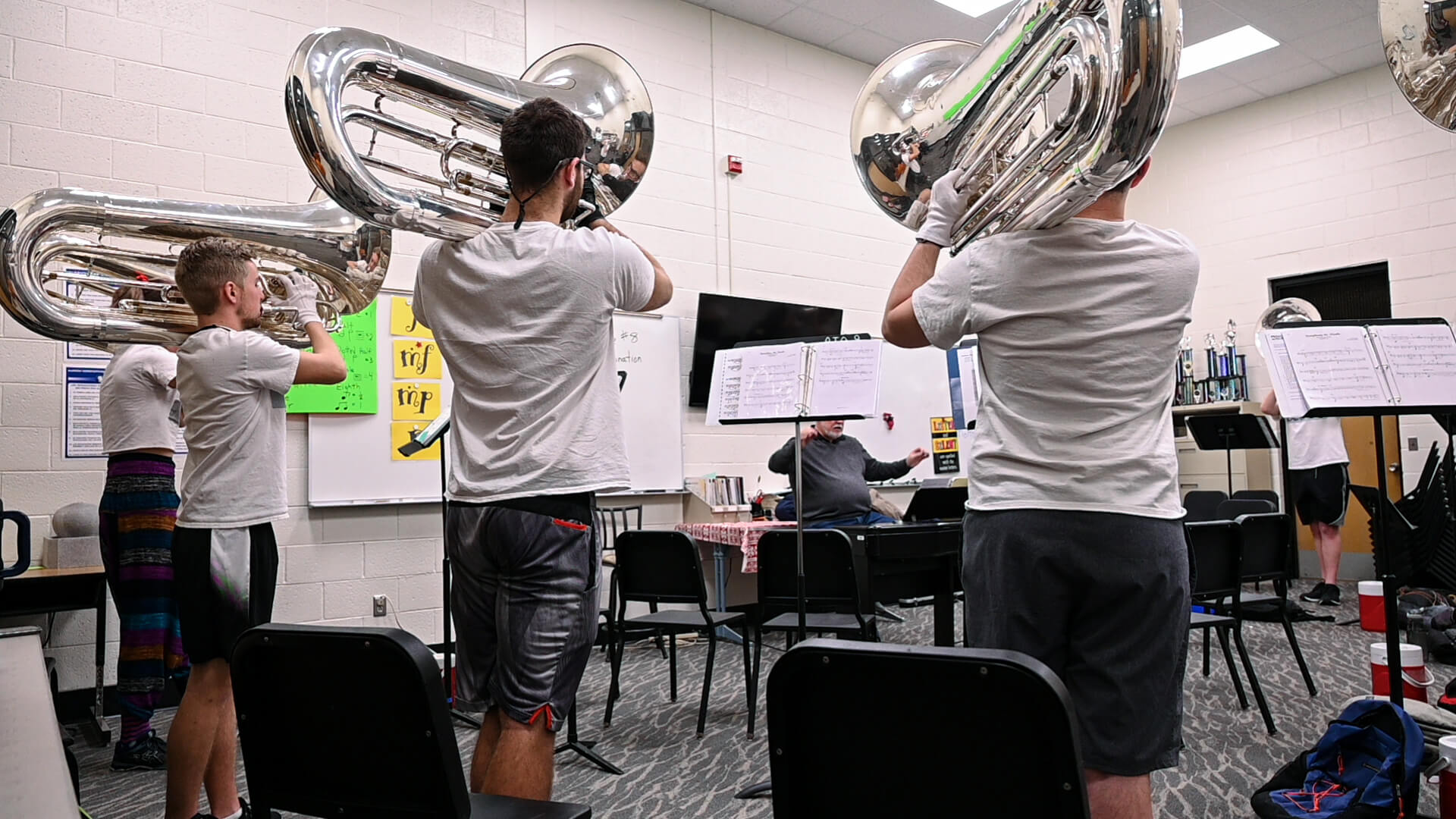 “J.D. has written some pretty impressive stuff,” added second-year mellophone player Kaden Orendorff. “It's definitely a change from last year, but it's not something that we can’t handle.”

As far as show details, the corps isn’t ready to reveal anything just yet, but there’s a unified excitement for what Regiment plans to put on the field this summer.

Design-wise, Hall noted that the aim is to replicate some of the characteristics of Phantom Regiment that have been synonymous with the corps’ success over the past two decades, while also toying with new ideas to put a unique spin on that formula.

In his words, “there’s no bad idea.” That’s been the mantra of design staffers this off-season.

“We understand that there's a tradition to this corps,” he said. “But that doesn't mean that we can't experiment and move forward. You’ll get a taste of who the Phantom Regiment is and has been, but we're going to take you on another journey somewhere new.”

And it’s not hard to tell that members are itching to put this show on the field. They’ll have their chance soon enough.

“The music is beautiful; it's absolutely gorgeous,” Reese said. “Envisioning it on the field (played in a venue like) Lucas Oil Stadium, I'm just like, ‘Wow, I cannot wait to do that.’”