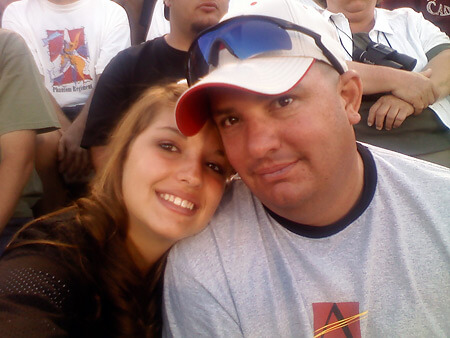 This photo was taken during this year's World Class World Championship Semifinals in Bloomington. My daughter, Kristen, was there as a first-year member of the Academy's color guard. She was the only person from New Mexico (that we know of) to march as a member of the Academy and the first person from Silver City High School to participate in a DCI corps since around 1989. I traveled from Artesia, New Mexico in order to be with her on those two performance days – my first time at the World Championship Finals since 1991 as a spectator.