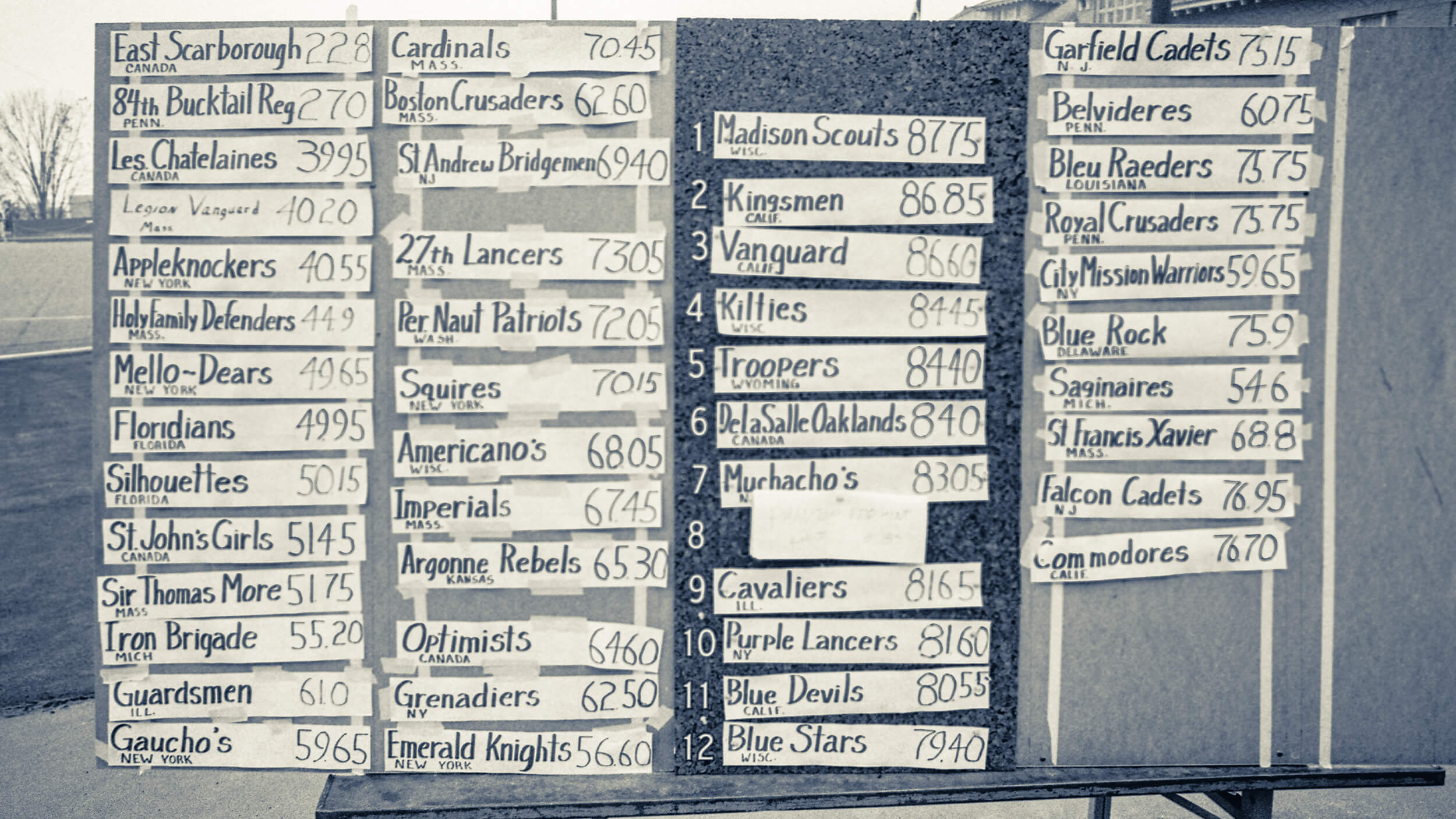 Mandarins and Phantom Regiment set record high scores in 2019 for 10th and 12th places respectively. Which finalist corps hold the other records? Take a look back through history in this all-time Top 12 honor roll. 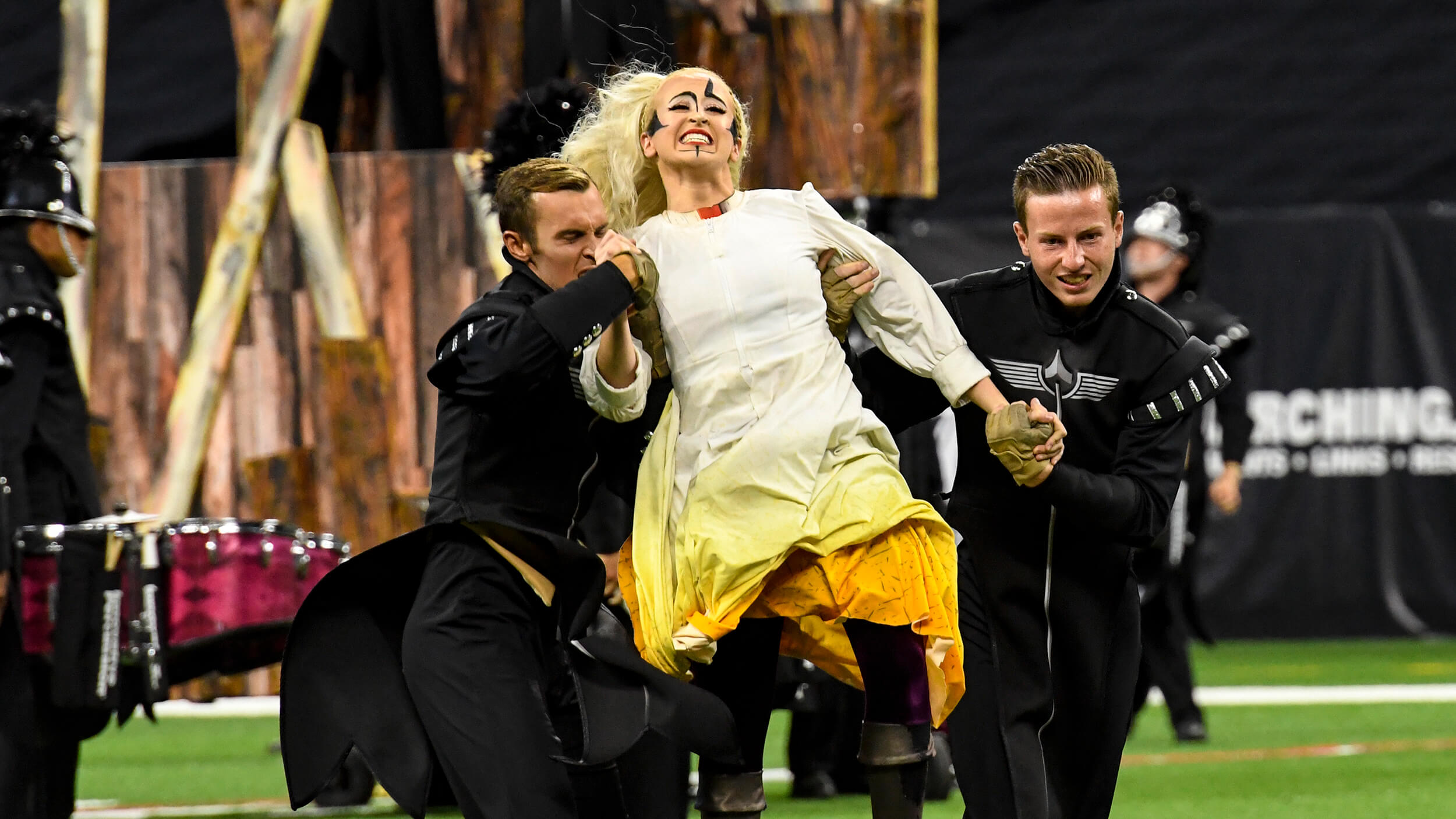 Phantom Regiment's “I Am Joan” celebrated the role of strong women in society, inspired by the young Joan of Arc who was sacrificed for being a leader against oppression. 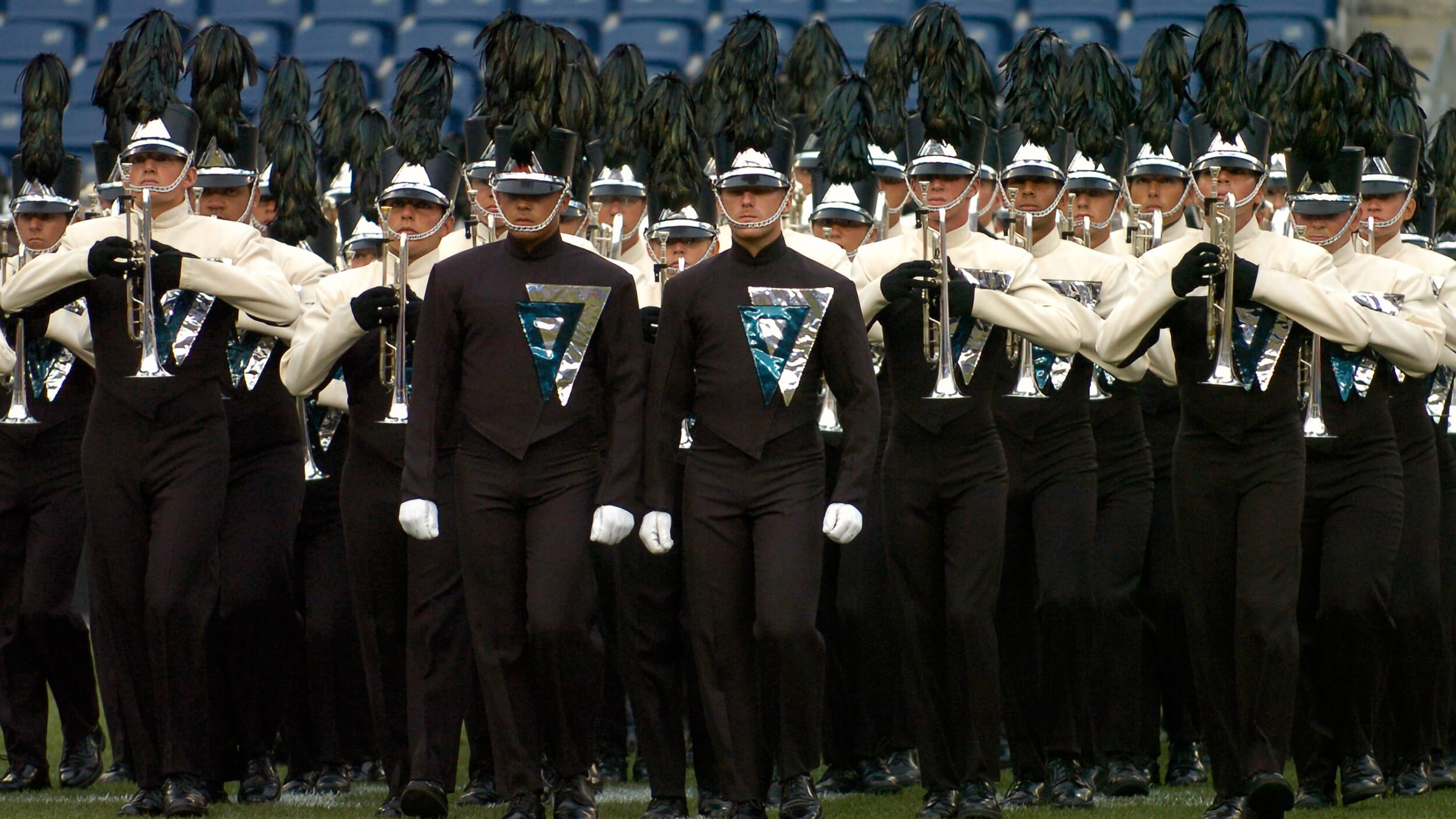 Glassmen's “A New World,” which was subtitled “A contemporary setting on themes by Dvořák,” took a new spin on a 112-year-old symphony, with conventional percussion facing off against Latin drums and hip attire worn by the color guard performers further spicing up the production. 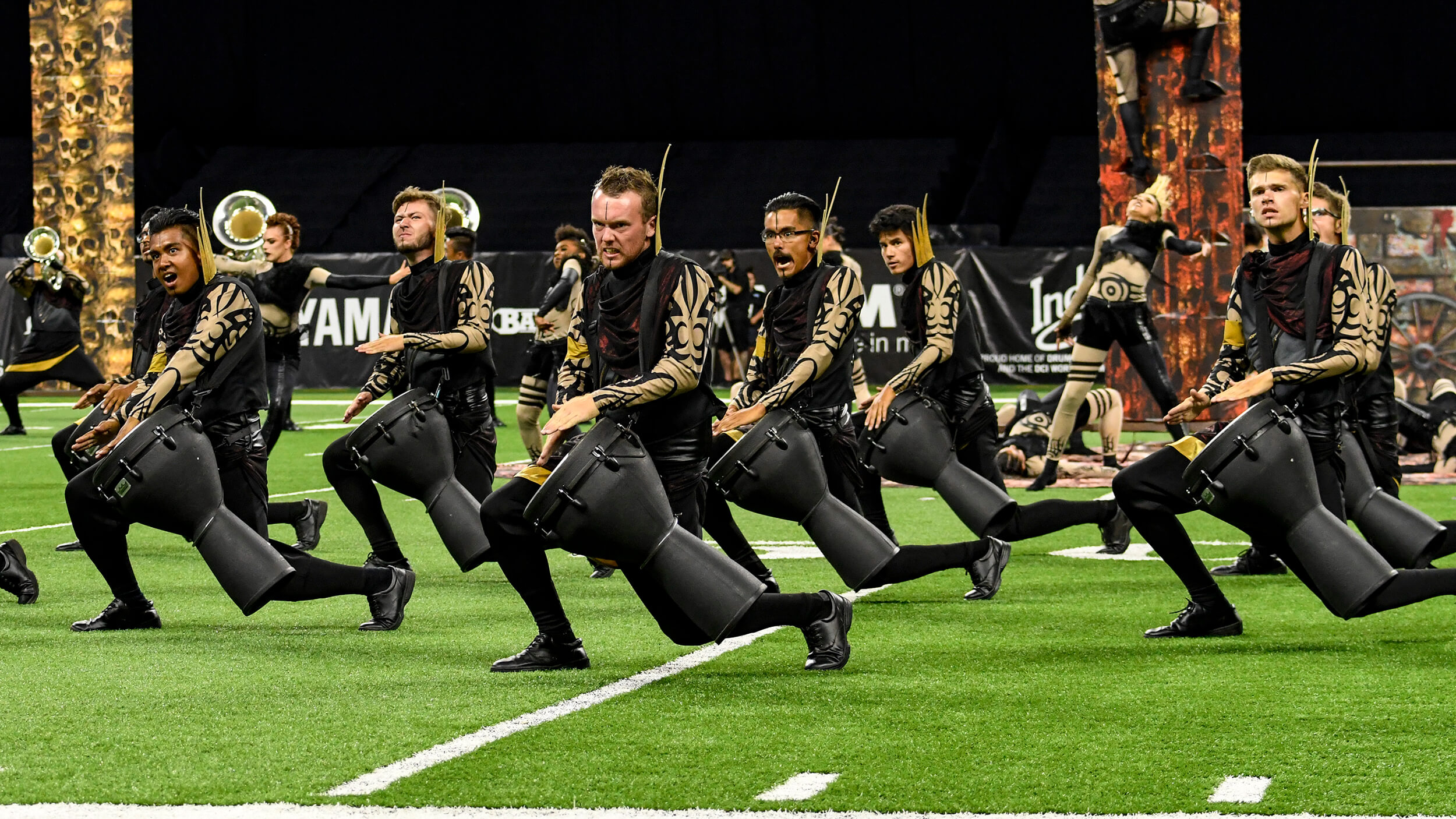 Mandarins' “subTerra” explored a tribal society, hidden underground from the prying eyes of the general public. A lone explorer accidently came upon the subterranean folk and soon lived to regret his discovery. 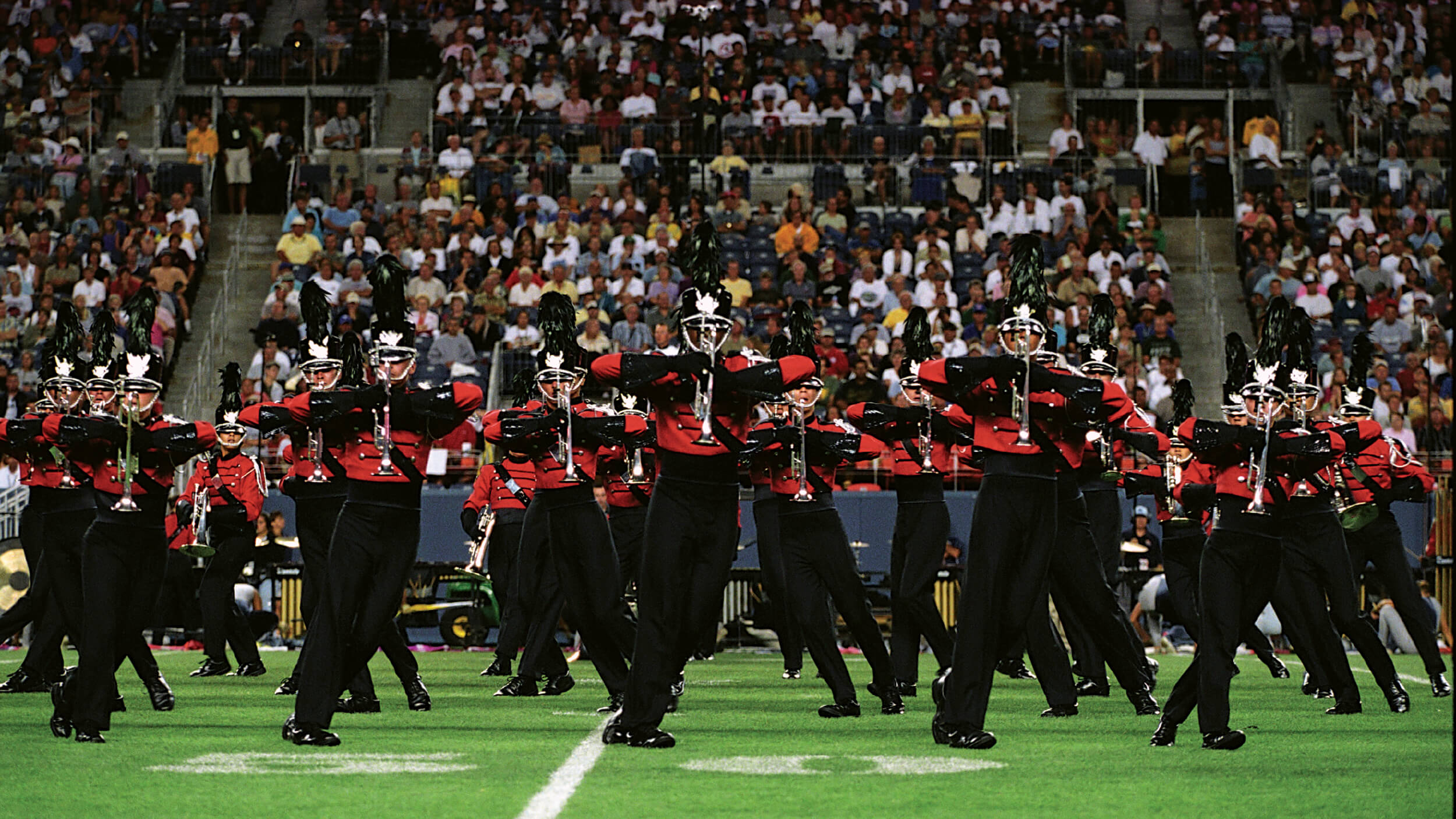 Boston Crusaders' “The Composition of Color” began with a clean palette of white before different hues gradually saturated the field, creatively demonstrating that colors could be heard as well as seen. 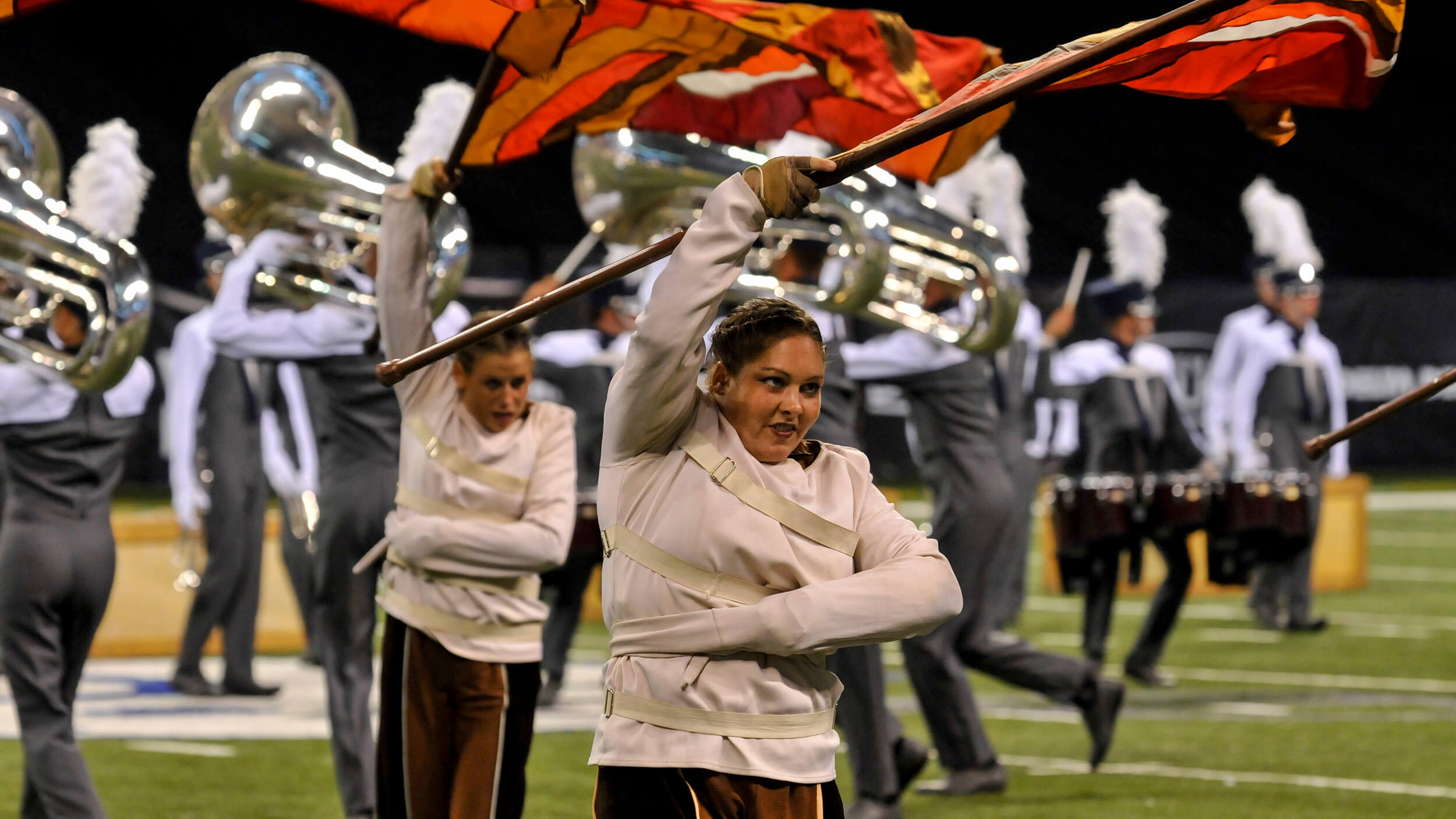 Blue Stars' “Houdini” created a sense of urgency and apprehension with hypnotic music. Flags emblazoned with old-fashioned keys taunted the stunt artist as he fought the clock while trying to escape the boxes and straight jackets that filled the field. 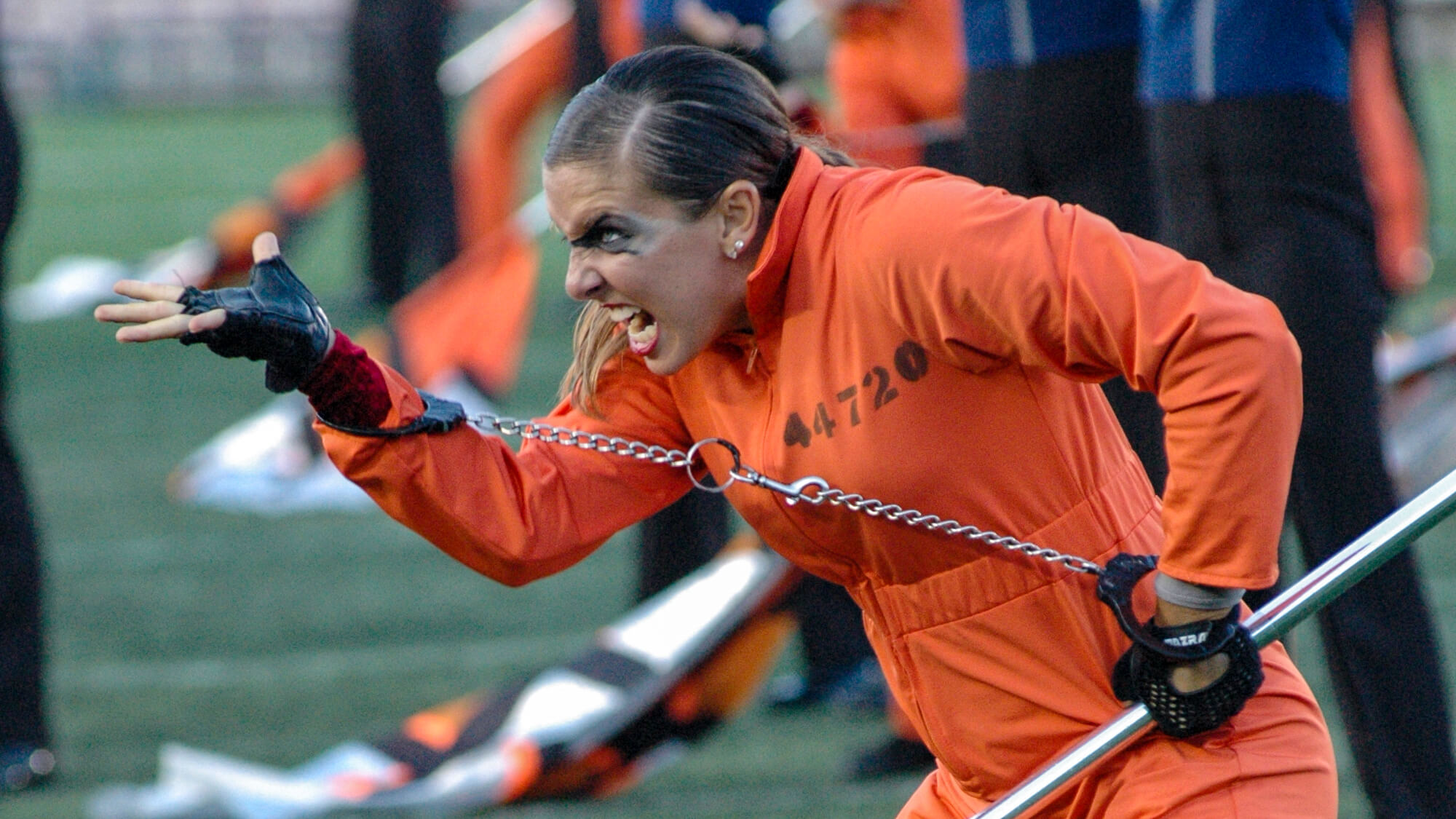 At various points prior to the 2007 DCI World Championships in Pasadena, Bluecoats had bested every other corps on the field with its “Criminal” production. Especially memorable were color guard members attempting to gingerly crawl through laser beams akin to a "Mission Impossible" movie. 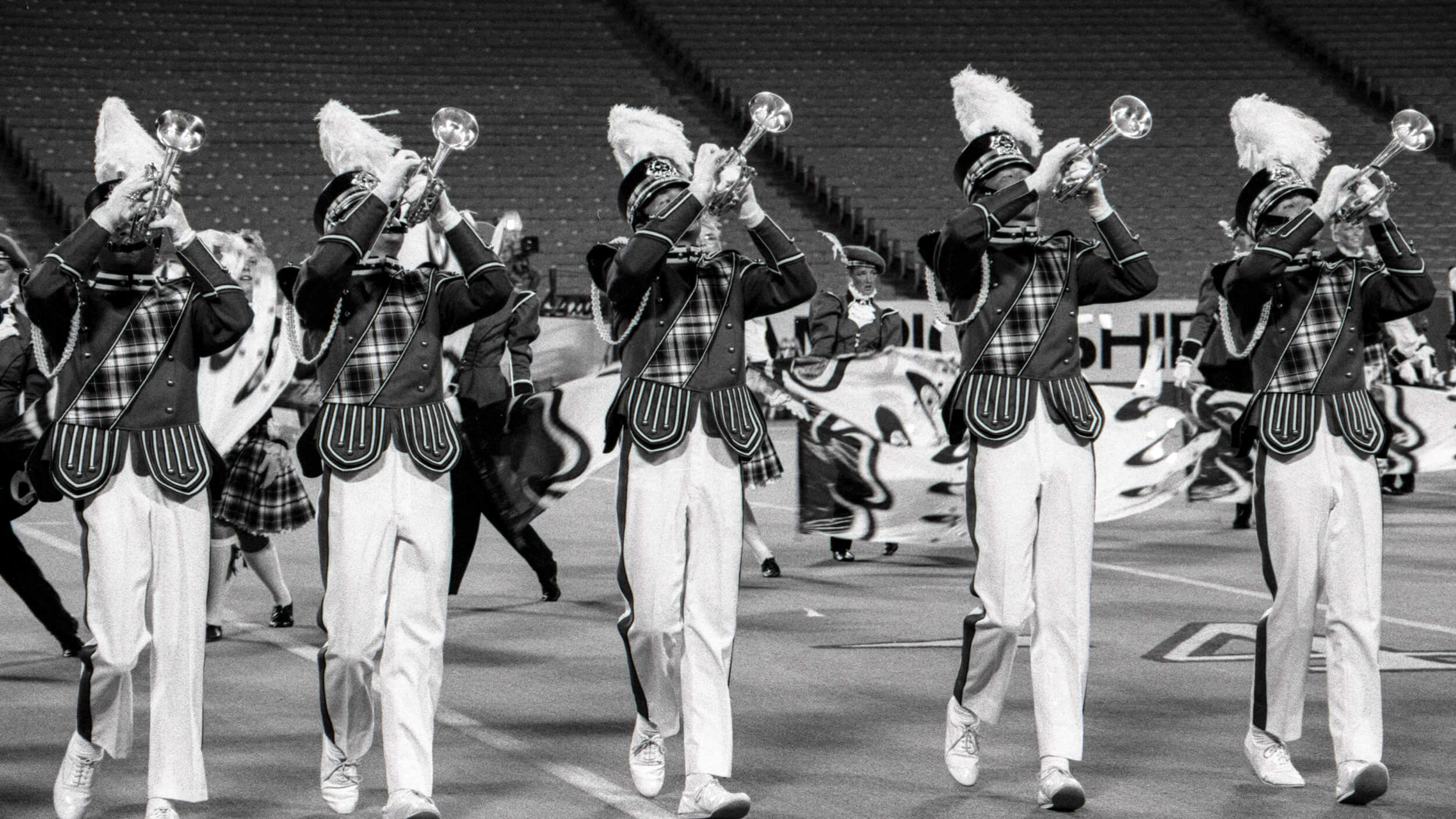 The pomp of the British-themed show featuring the music of William Walton and Gustav Holst, placed Star of Indiana in the Top 6 for the first time in the young corps' history. Until leaving the field of competition after the 1993 DCI Tour, the corps finished no lower than third place in any subsequent year. 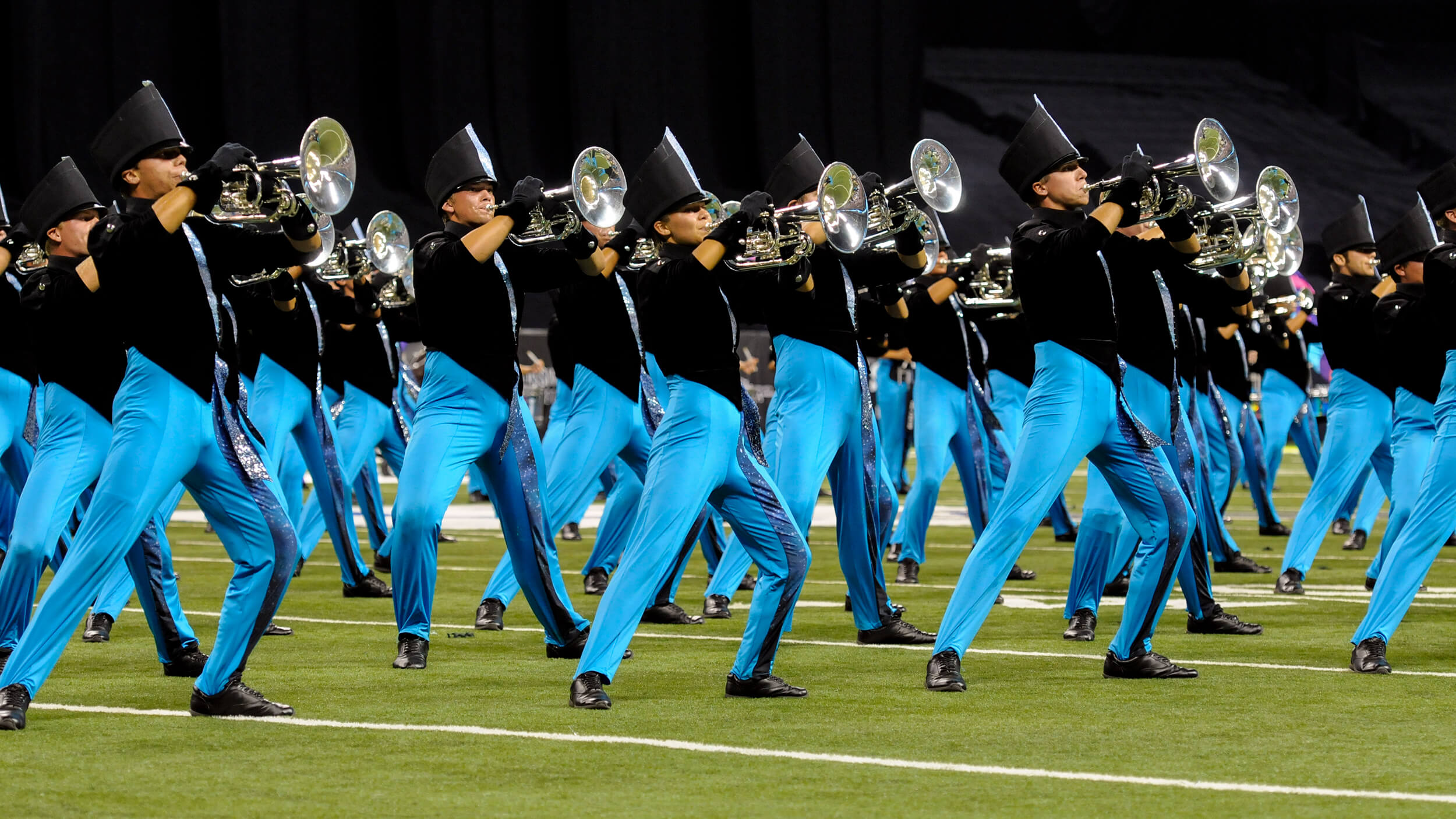 Carolina Crown's space-themed “Out of This World” production came complete with a meteor shower courtesy of Frisbees and members of the trumpet section playing while bouncing on trampolines. At one point of the show, the entire horn line consisted of 60 trumpets and 16 mellophones. 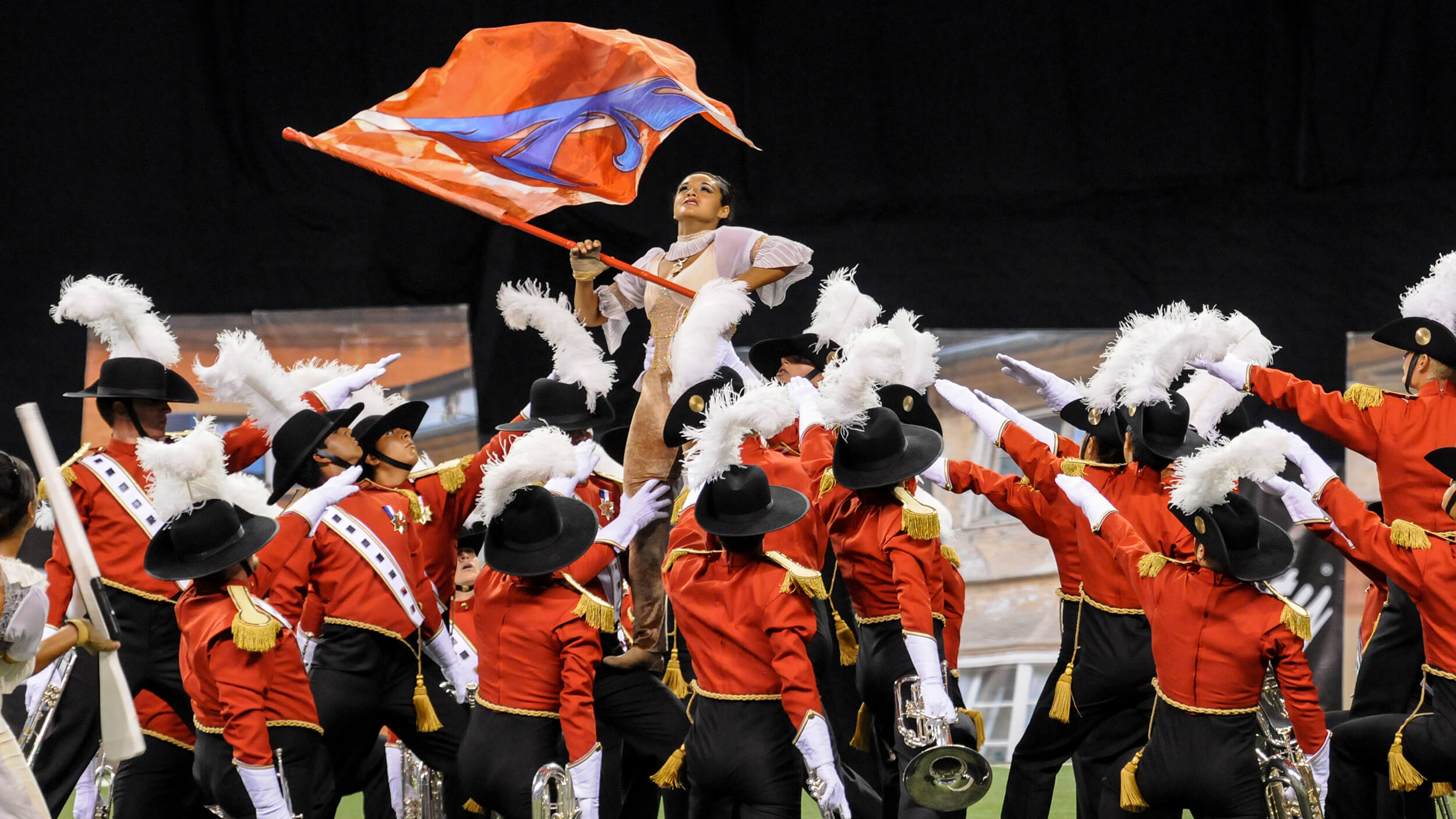 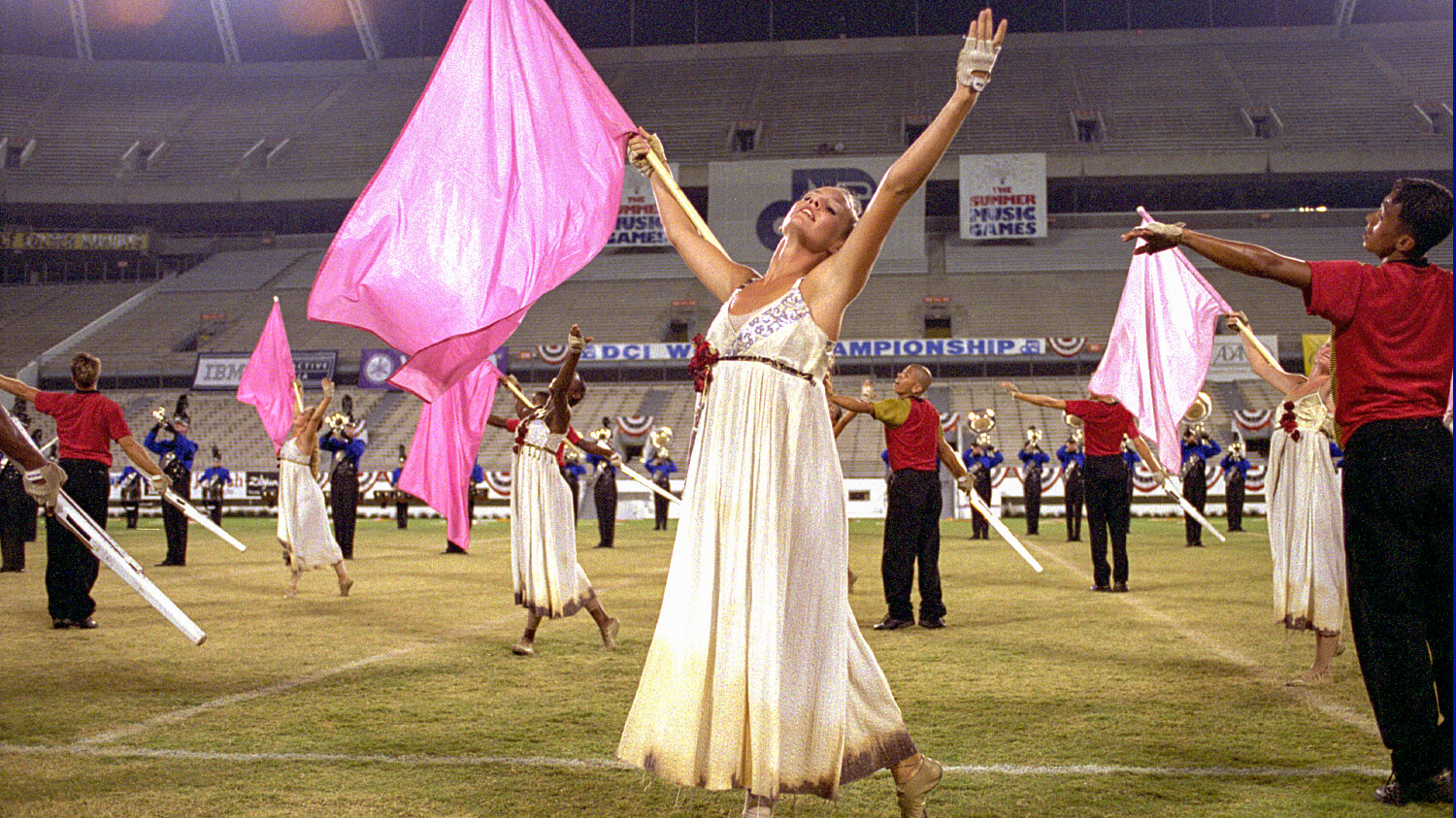 Blue Devils' “One Hand, One Heart” time travelled centuries to introduce the refined Juliet from “Romeo and Juliet” to the streetwise Tony from “West Side Story.” 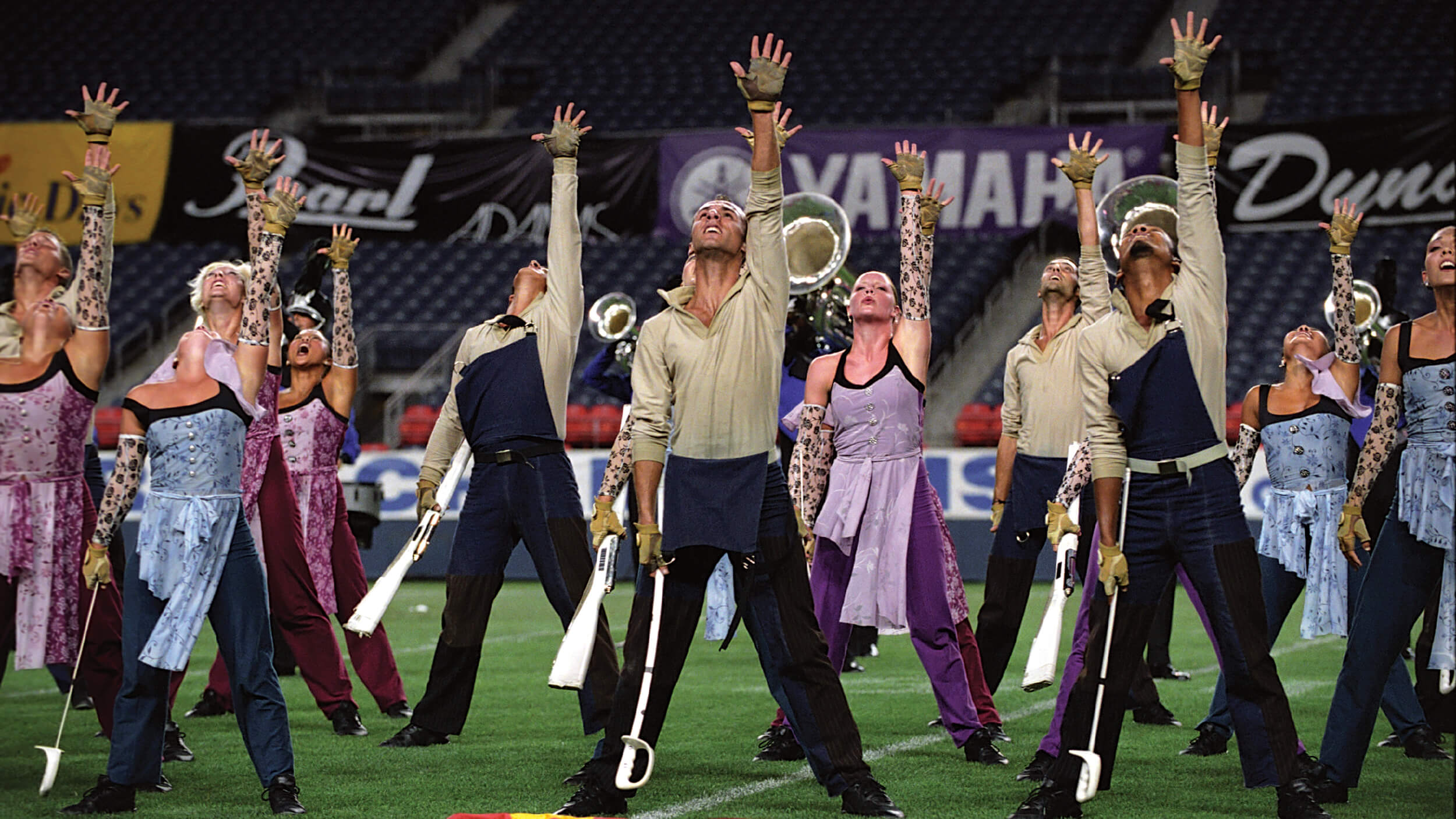 Blue Devils' “The SummerTrain Blues Mix” scored just 0.175 points under The Cavaliers’ winning “007” show in the first year that amplification of front ensemble instruments was allowed by DCI rules. Saved for its Finals night performance, the show ended with the corps hauling full steam ahead into the stadium tunnel as if an actual train. 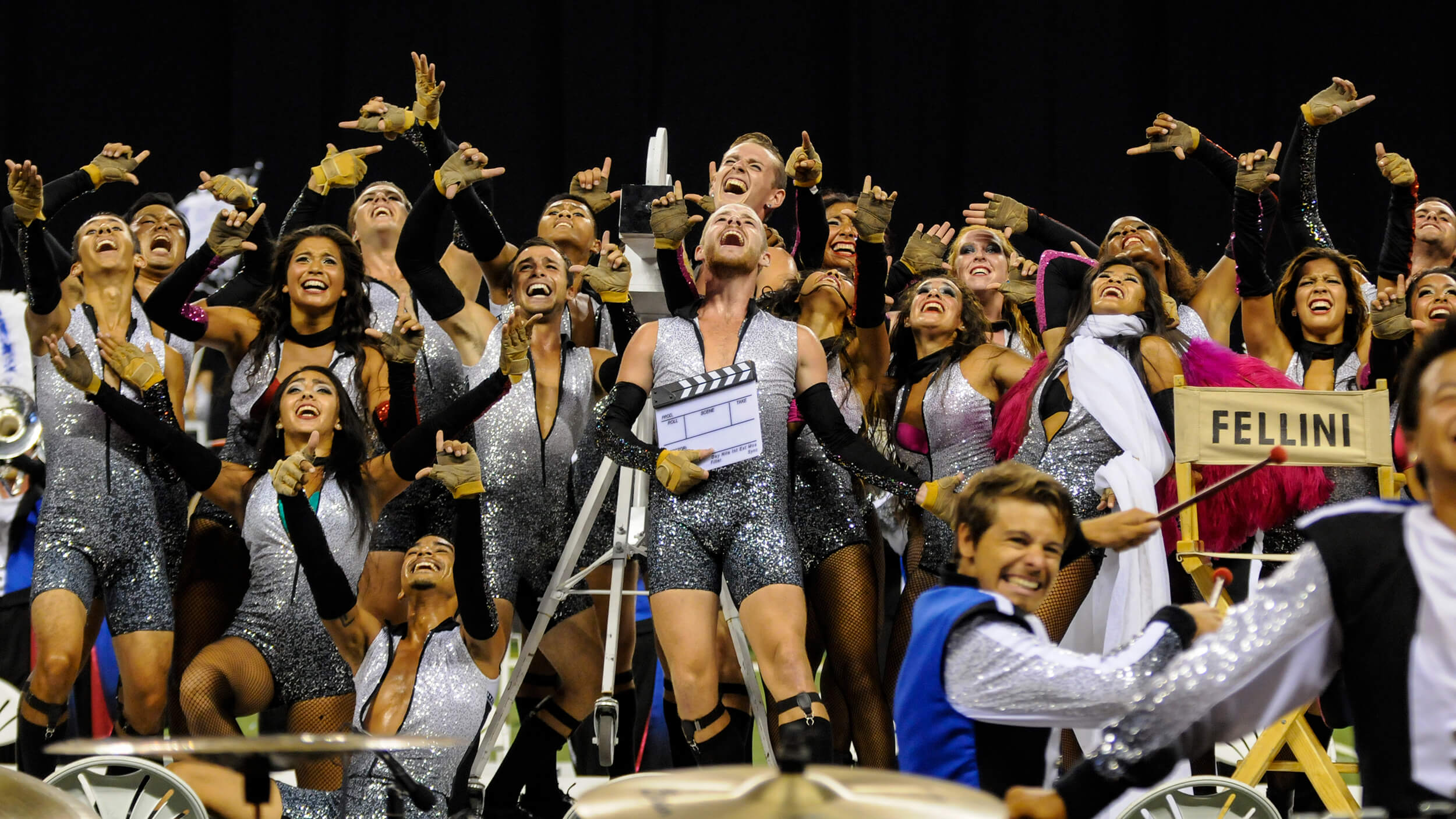