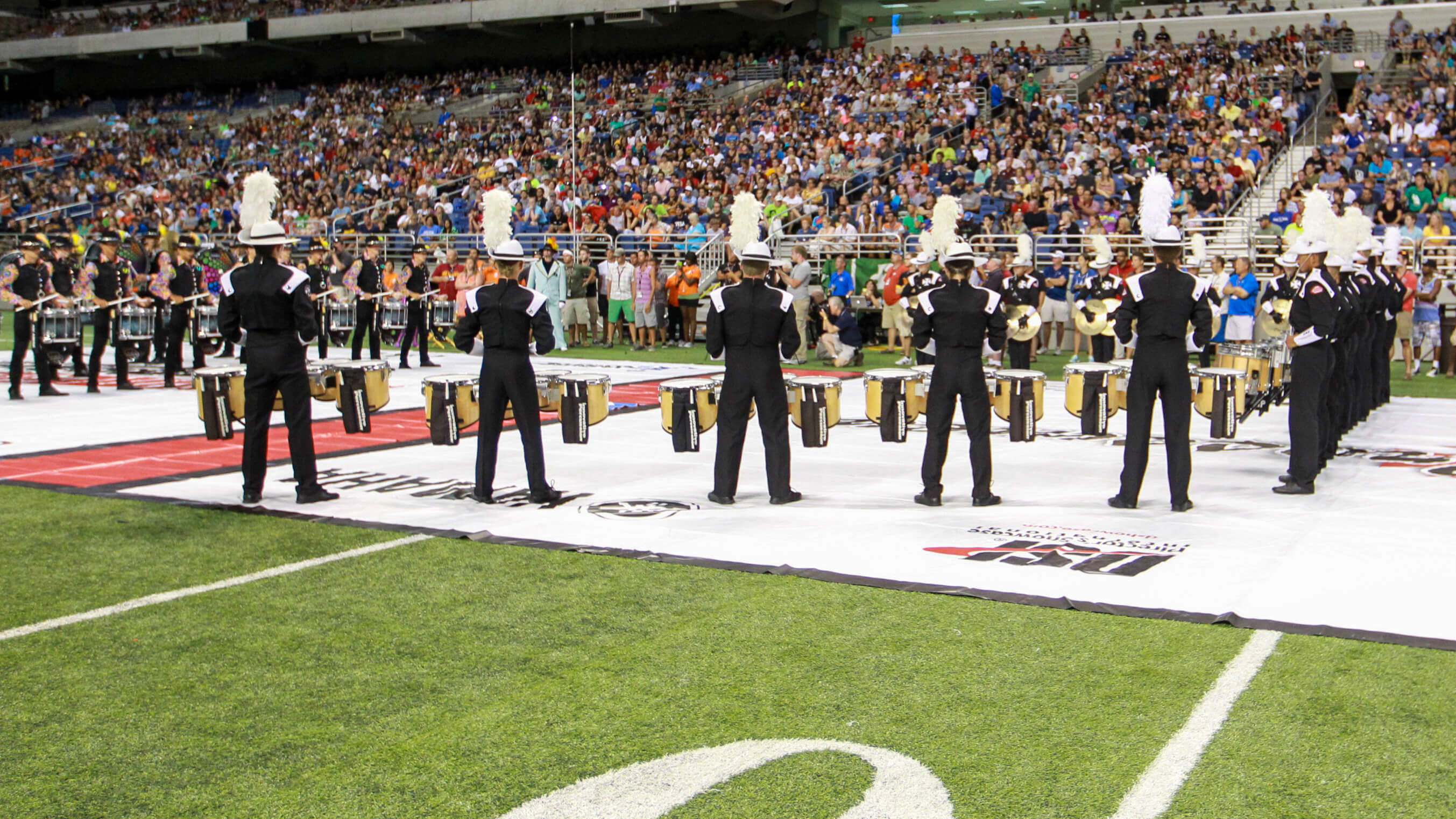 Crossmen faces off against the Jersey Surf during a DrumLine Battle at the 2013 DCI Southwestern Championship in San Antonio.Photo by: Drum Corps International

Since its inception in 2012, the DrumLine Battle competitive platform has been a harbinger for energetic performances at year-round venues, featuring hundreds of groups from all levels.

The next edition of DrumLine Battle, featuring a tournament-style competition — is set to take place at the Percussive Arts Society International Convention (PASIC) in Indianapolis in November. In past years, the annual event has featured competitors from high schools, colleges, and other independent ensembles.

Register your ensemble for the 2021 PASIC DrumLine Battle by Oct. 15