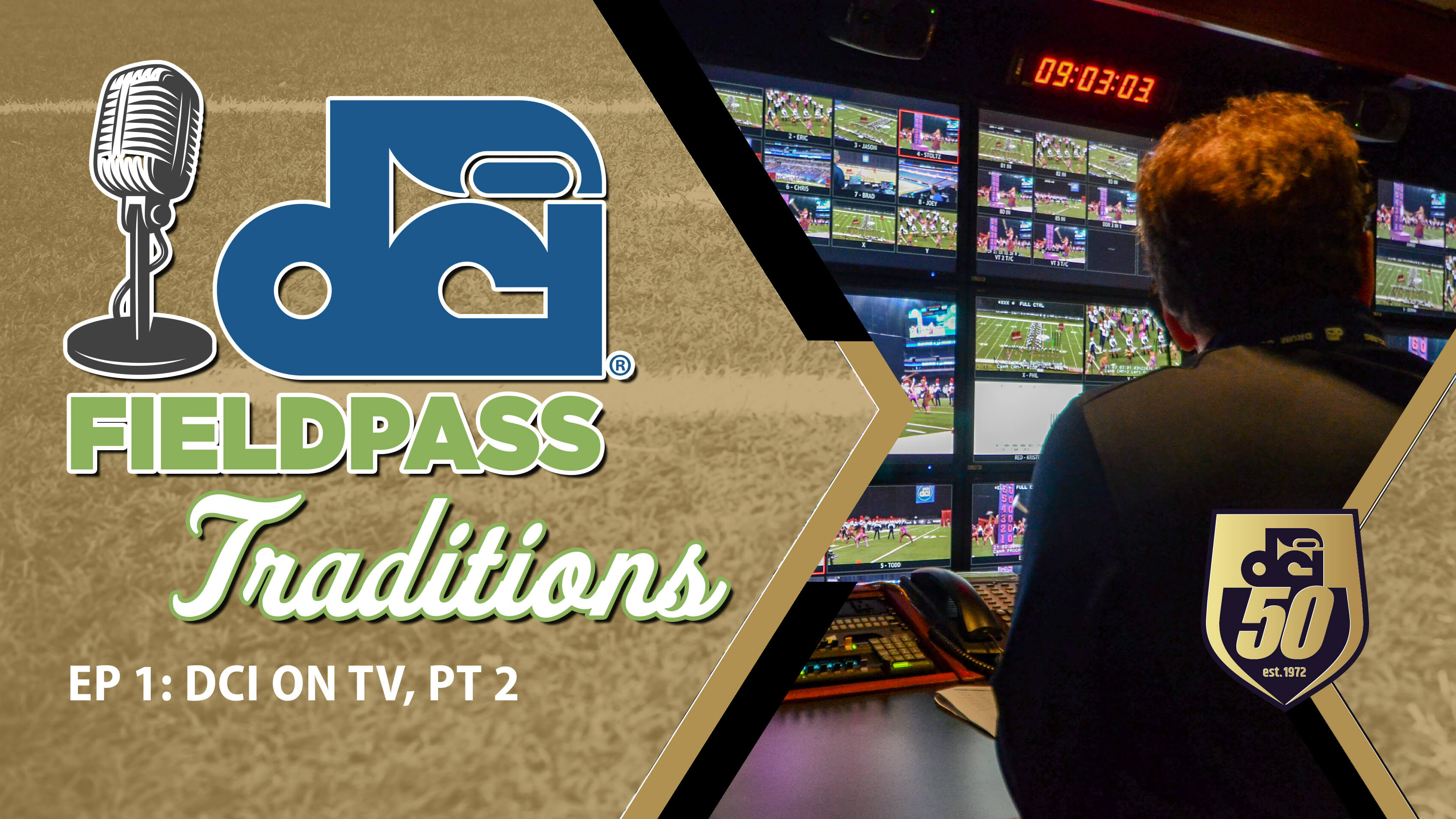 Dan Potter returns for the summer of 2022 with a special-edition series of the Field Pass Podcast. "Traditions" celebrates 50 years of Drum Corps International, with the second part of episode 1 delving even deeper into the history of the DCI World Championships on television, including the story behind some of the most memorable lines ever delivered over the airwaves. "It's like taking a bath in chocolate." Featuring special guests Steve Rondinaro, Dennis DeLucia, Michael Cesario and Tom Blair.