Ian Johansen, a 2006 member of Jersey Surf, sent this picture. 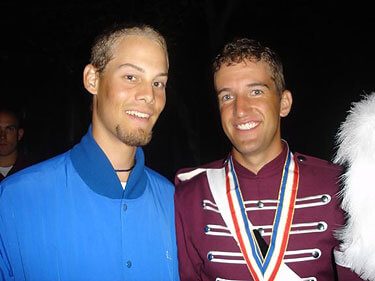 John and I played trumpet together in high school when I was a freshman and he was a senior. He was always an inspiration to me to want to play the trumpet and to march in a drum corps. We met up in Madison this year after the Division I World Championship by the Cadets' equipment truck. It was awesome that we were able to get this picture because I had just finished my first summer marching in a drum corps and he had just marched in his last.