Jon Ferrara, a 2008 member of the Raiders tuba section, submitted this photo and caption. 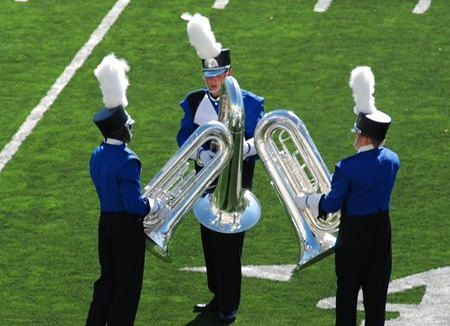