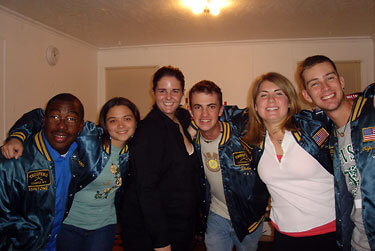 During Thanksgiving break, we Troopers in the Denver area tried to organize and get together to talk about times past, the upcoming 2007 season, and the November camp this weekend. Although we couldn't get every member from the area, it was still a good time.