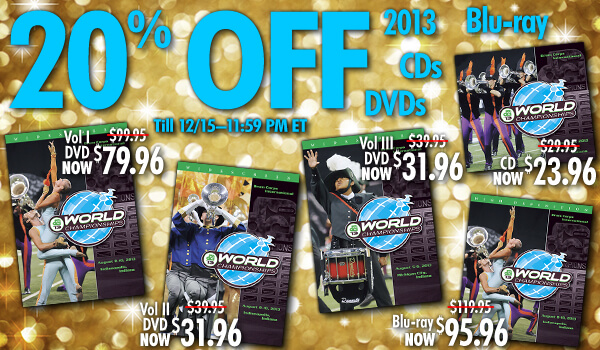 Rarely discounted in the first year of their release, Drum Corps International's newest CD, DVD and Blu-ray sets from the 2013 DCI World Championship are 20% for a limited time only. This offer will only last through Sunday, Dec. 15, and can also be stacked on top of DCI's free ground shipping offer available through Tuesday, Dec. 17.

Featuring all of 2013's Open Class corps as they performed at Ames Field in Michigan City, Ind.

A 4-disc set featuring the top 25 corps as they performed last August at Lucas Oil Stadium.