Chris Leone, a 2006 member of the Cavaliers, sent this picture. 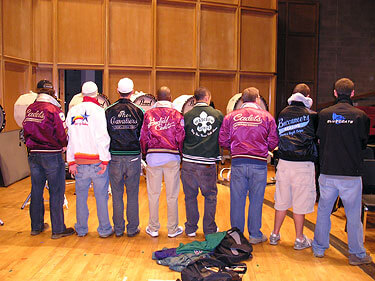 This picture was taken at a Friday night drum line sectional at the University of Delaware. It was one of our last rehearsals so we wanted to get everyone together in our respective corps jackets before the football season ended. As you can see, Drum Corps International (with a touch of DCA) is well represented here between UD marching band staff and members.

From left to right: