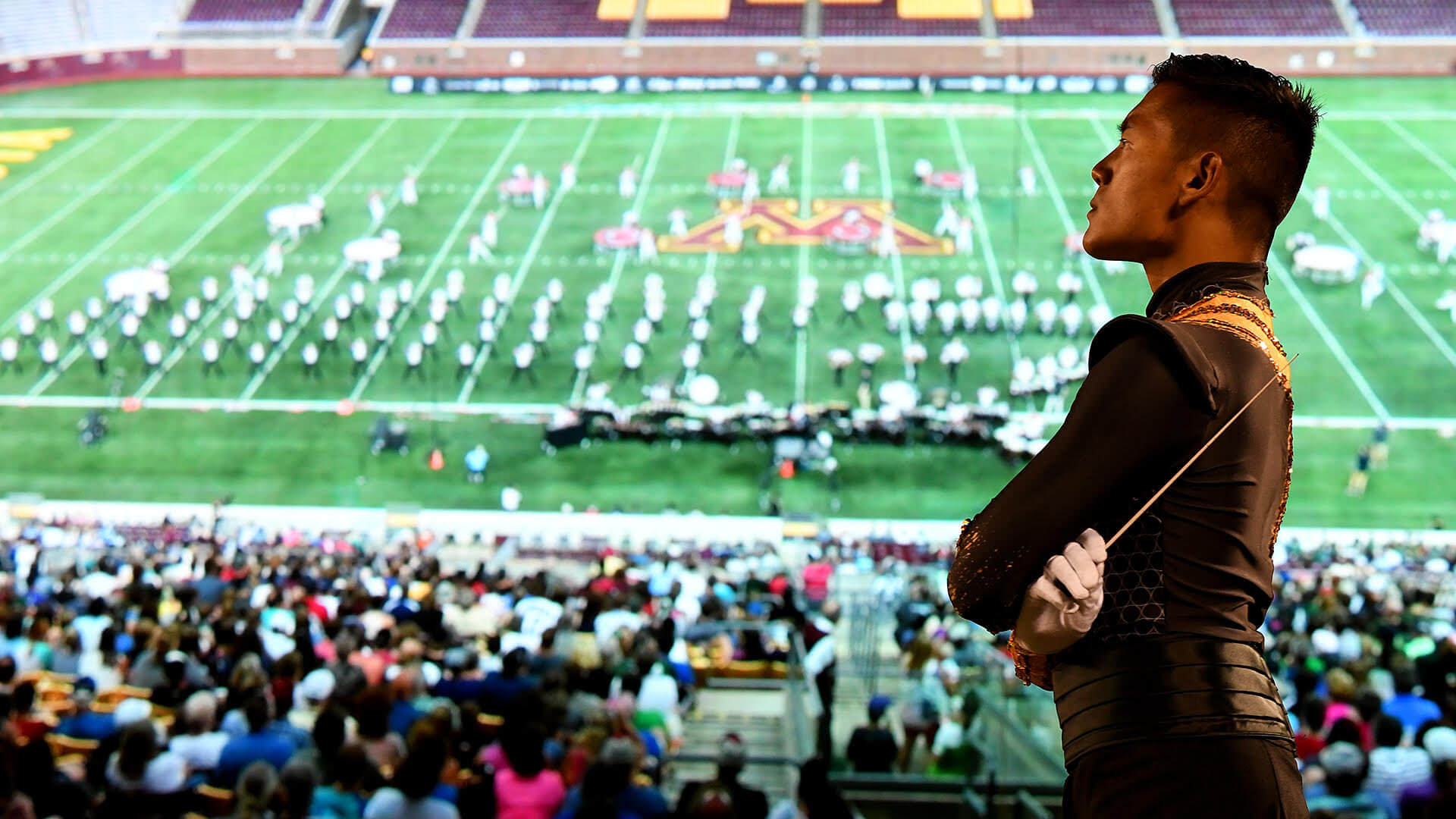 Santa Clara Vanguard pulled off a stunner Saturday night in Minneapolis, edging the Bluecoats by an ultra-thin margin of a tenth of a point at DCI Minnesota presented by the U.S. Marine Drum and Bugle Corps.

Taking first place with a score of 80.200, Vanguard scored high marks in the visual and music captions, sneaking past the Bluecoats by .05 and .15, respectively.

“It's a great honor to be in this position,” Vanguard corps director Shaun Gallant said. “We have a very talented drum corps this year. The staff, the design team, and the membership are all aligned and firing on all cylinders, and this is unlike a drum corps we've had in the last 10 years.”

Saturday marked the first time Vanguard has topped the Bluecoats since the first time the two corps met each other in 2014. Until Saturday, Bluecoats had finished ahead of Vanguard in their last 39 head-to-head matchups.

Breaking 80 points for the first time this season, Bluecoats finished Saturday in second place with a score of 80.100. The corps' highest marks were earned in the general effect caption, finishing a tenth above Vanguard.

“The performance was absolutely full of energy,” he said. “The crowd here was unlike anything we've seen yet this season.” 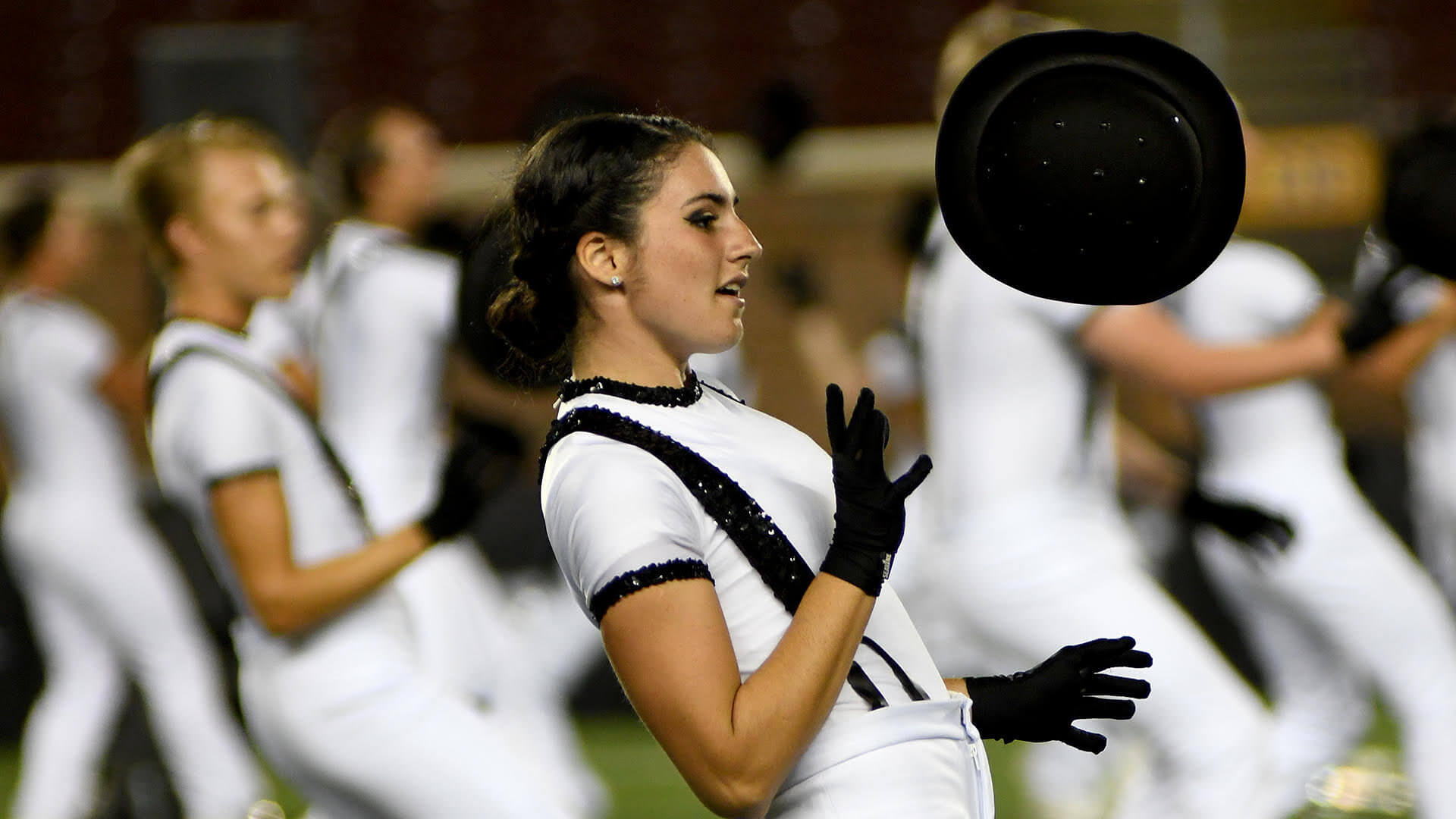 The Blue Stars took 4th place with a score of 73.375 and wooed the audience with their romance-themed show, “Star Crossed.”

Blue Stars drum major Nessa Guerra said the storyline portrayed on the field has been recently bolstered by changes to the show's design, structure and music.

“We recently changed the last half of our closer,” she said. “We just changed basically everything. It's a completely different arrangement of music; it's all new drill, and I think it works a lot better.” 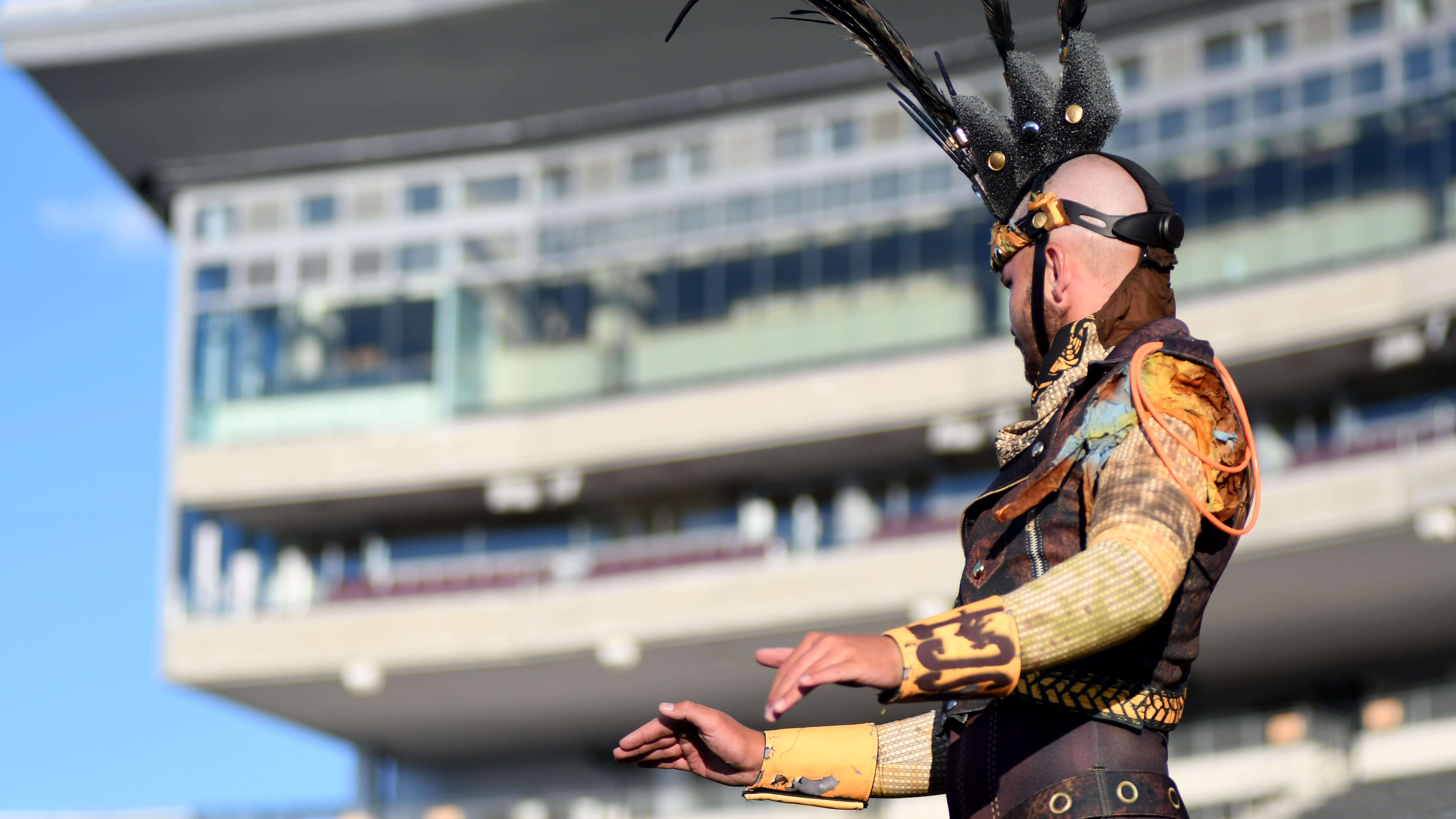 Academy euphonium player Ryan Mead says the corps is starting to work subtle changes and additional details into the corps' production, “By a Hare.”

“Recently, we've been fleshing out the storyline,” he said. “We start out with the the basic parts — music and drill — but as we go on, we want to add smaller storyline components adding funny things that get a crowd reaction.”

“What we really wanted to do this year is come out and lay it out on the field ... do what we do, have fun, and really send out the message that this is what it means to be Genesis,” he said. “Nothing's different than what we've done before. It's a new tour and a new set of faces from last year, but that doesn't change what we are or what we do.”

In Open Class competition, Legends of Kalamazoo, Michigan notched its fourth first-place finish of 2017 on Saturday with a score of 57.675. The corps also took first across the board in all captions and subcaptions. 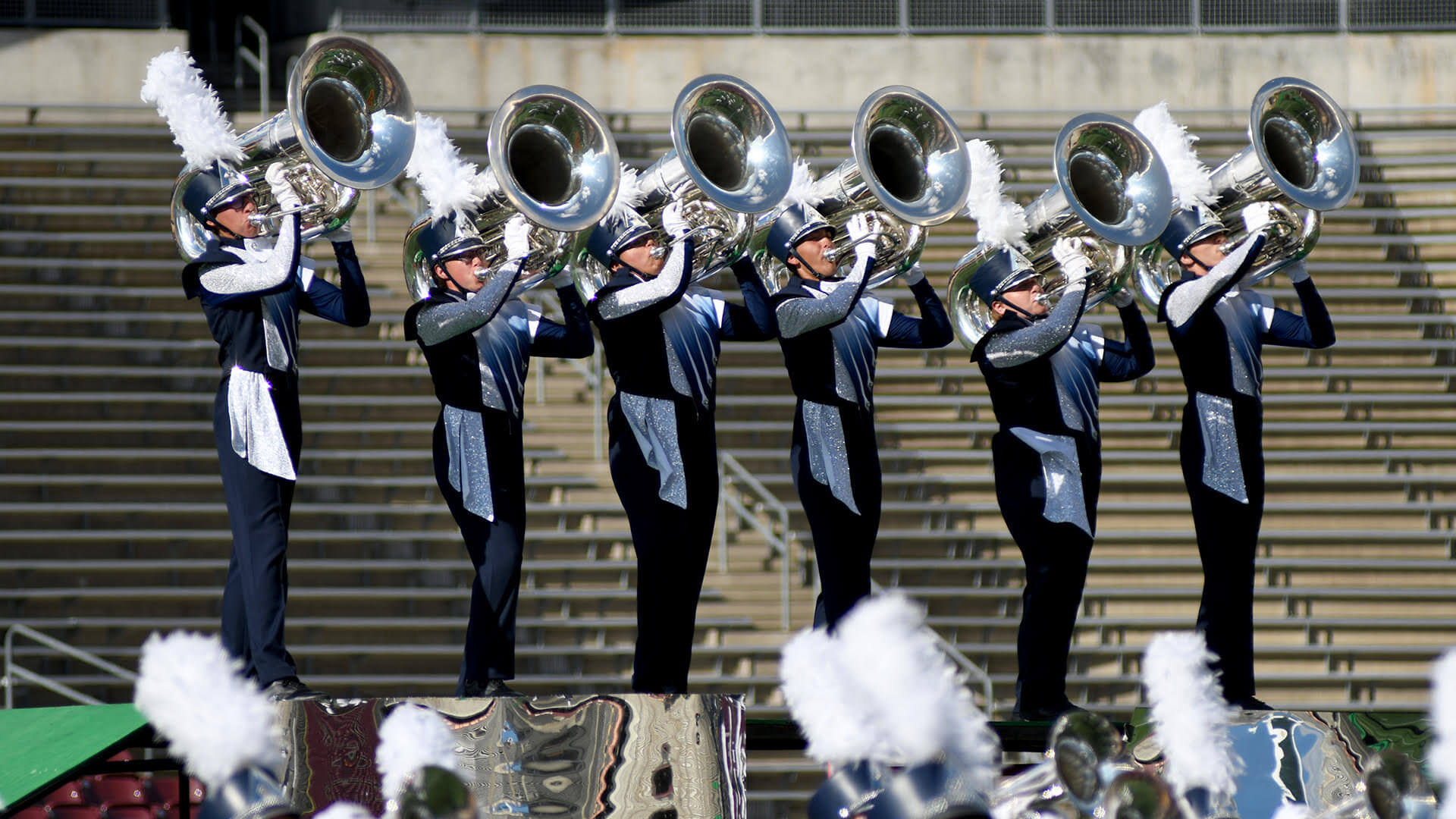 One of three corps representing the Twin Cities area at TCF Bank Stadium, Anoka, Minnesota's River City Rhythm finished in second with a score of 51.925 in just its second performance of the season.

"All the members' hard work is starting to pay off on the field,” said River City Rhythm euphonium player Alex Sanchez. “I thought that it was a really solid performance.”

Colt Cadets (3rd, 47.575) edged Shadow (4th, 45.900), a first for the Iowa Open Class corps after having spent the duration of last summer's DCI Tour behind its neighboring rival.

Helping to celebrate the Colt Cadets' 50th anniversary, “The River's Edge,” takes its theme from the geography in the corps' hometown.

“The show follows where we're from, the Dubuque area along the Mississippi River's edge and the river bluffs,” drum major Adam Goninen said. “The songs in our repertoire are about the river and water, bringing us closer to our roots.”

Keeping fans entertained in the first and final blocks of ensembles to take the field on Saturday were Minnesota's two all-age drum corps, the Govenaires from St. Peter and Minnesota Brass from St. Paul, who both performed in exhibition.