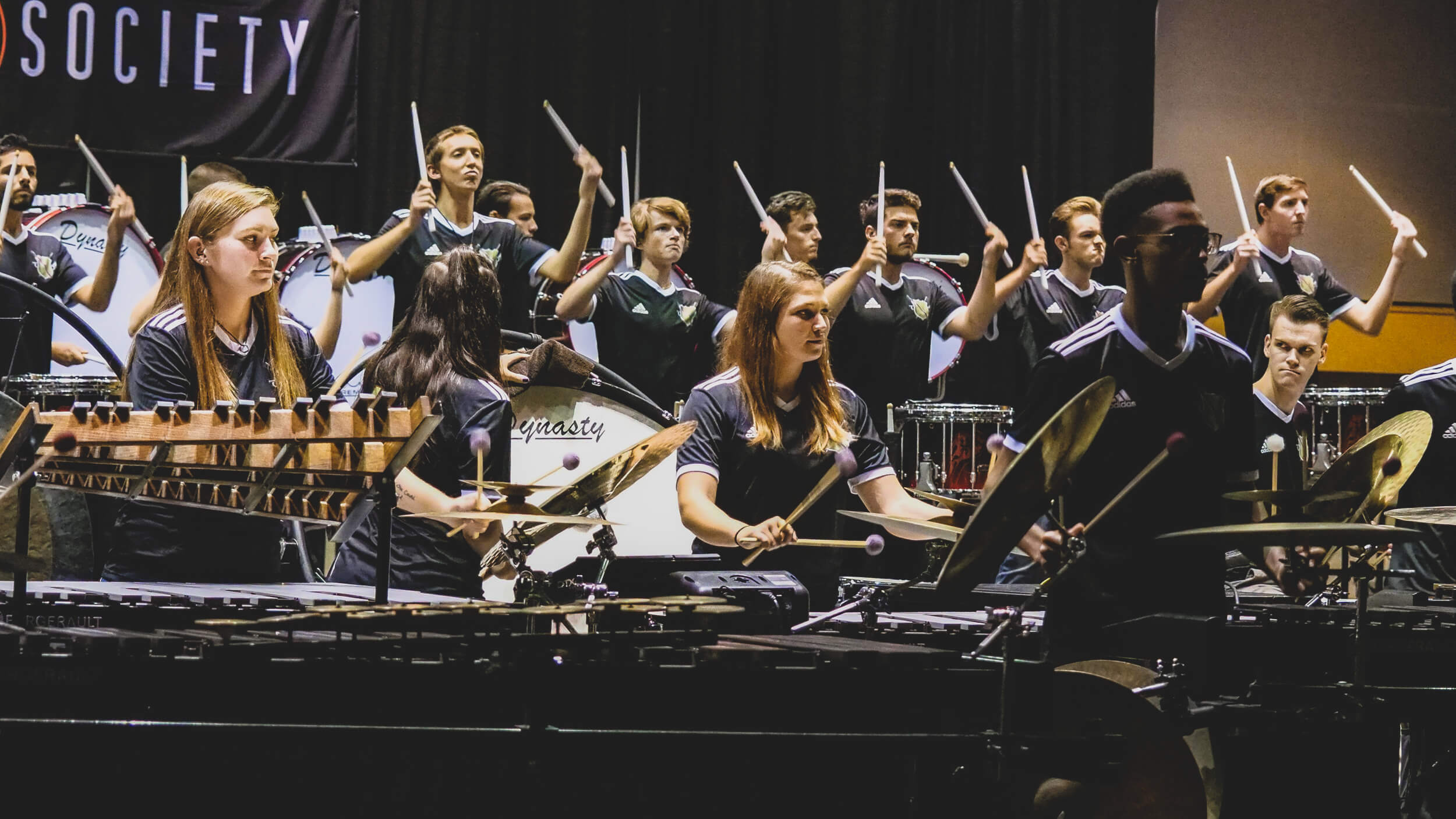 INDIANAPOLIS — Paul Rennick decided it had been long enough.

For the Santa Clara Vanguard — an organization at which Rennick has been the percussion caption manager since 2011 — the corps’ percussion section hadn’t attended the Percussive Arts Society International Convention (PASIC) since 2015.

In each of the four summers since that trip, Vanguard earned the Fred Sanford Award for Best Percussion Performance. It was time to go back, and attend the 2019 edition, which was held November 14-16 at the Indiana Convention Center.

But Rennick knew he wasn’t going to do it if he couldn’t do it right.

“I wasn’t forcing them to do it, I just said, ‘Look, we have an opportunity to do this, I think we should do it. It’s a great experience and it’s a lot of fun,’” Rennick said. “But, if we don’t get 100 percent commitment, I’m not going to do it. I don’t want to halfway represent what we do.”

A couple days later, once Rennick had gotten full approval from the corps itself, he returned to his percussion section with the same mindset.

“‘You have to commit. If you commit, you have to be there,’” he said. “100 percent, their arms shot right up, they were completely into it, they all made that effort.” 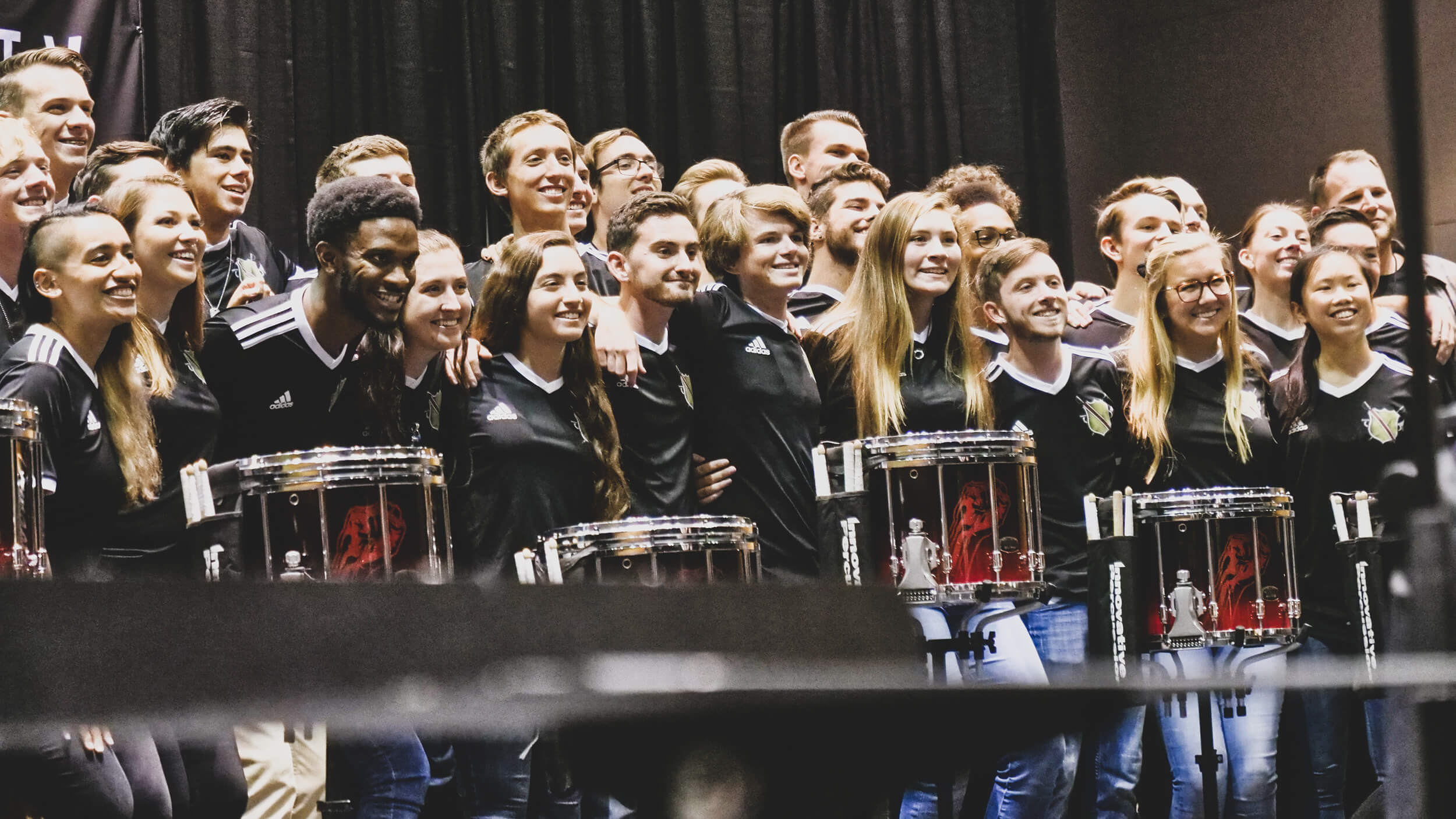 It was easier in years past for Santa Clara Vanguard to appear at PASIC, especially when the event varied locations across the country year. But since 2016, the convention has been held in Indianapolis.

The distance didn’t make things easier, but it didn’t make the trip less worthwhile. The convention itself brings together all sides of the percussion community from around the world for an immersive three days of educational sessions, trade show exhibits, and special concerts and performances, and to have the Vanguard percussion section involved was an opportunity no one involved wanted to pass up.

And ultimately, the reunion proved to be a smooth one — maybe not entirely from a logistical standpoint, but undoubtedly from a musical and personal standpoint.

Working to re-learn the music to the corps’ 2019 competitive production as performed on the DCI Summer Tour for PASIC, Rennick said that one of the best parts of the weekend was seeing how quickly the members gelled with one another, both in terms of their playing and their relationships, despite generally being apart since the end of the summer.

“Putting it back together was great, good memories,” he said. “When we first started unloading the truck, seeing the players get together again after all that time was really special. And then I started hearing the music and it was fun, it was a reminder. It’s been several months, and I walk up and I start hearing music and I’m thinking, ‘Oh wow, I remember that. I love that part.’”

As far as the group’s ability to reunite dozens of musicians and jump right back into its award-winning levels of musicianship and precision, Rennick chalked it up to meticulous practice; in a way, after hundreds of hours working on it during the summer, this stuff is muscle memory at this point.

“I think it’s a testament to our preparation during the summer that it was very easy to put together here,” he said. 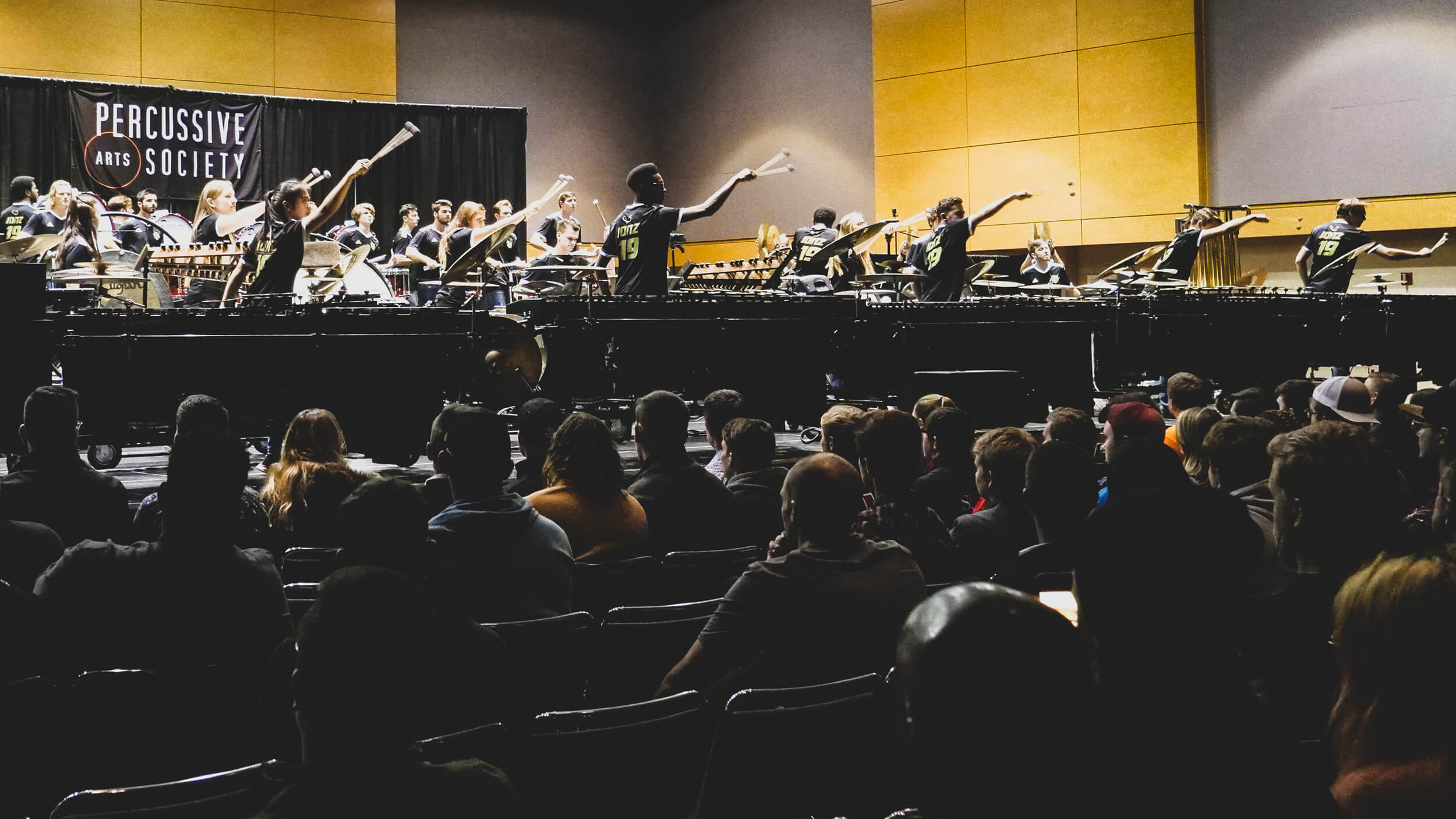 During Saturday’s clinic, the corps walked its way through the entirety of its 2019 production, “Vox Eversio,” from a percussion-specific perspective, in front of a convention hall filled to nearly standing-room-only capacity with, largely, fellow percussionists.

Intertwined between sections of the show, Rennick broke down some of the design decisions and intricacies that go into a Fred Sanford Award-caliber percussion section.

“I just simply used the show music as a vehicle to talk about musical concepts and our process and our preparation and our performance,” he said.

Ultimately, though, what could have easily been lost in Vanguard’s opportunity to present at PASIC was the finality of it all. Not many drum corps or sections of drum corps have the chance to play together one more time long after the end of the summer season.

And according to Rennick, getting to see it all come full circle in that way was worth the trip.

“To think that we’ll never hear it live — there’s a power in live music, I think that is undeniable, and you can tell, I just love watching the players play,” he said. “They just own it and they are feeling it and they’re communicating it. It was terrific to see it one last time.”