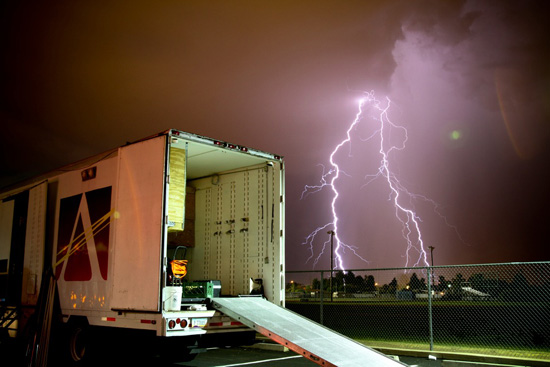 This photo was from the Mesa, Ariz. show. A monsoon storm was approaching the show site and eventually caused more than an hour rain delay. The Cascades were on at the time when they were called off halfway through their show. The storm dropped about .5 inches of rain and had significant amounts of lightning to go along with it. The nearly full crowd dispersed and surprisingly about 75 percent waited out the storm in their cars in hopes that their home drum corps would play after the storm passed. To their delight Cascades, Pacific Crest, and The Academy finished the show in exhibition. All corps that played after the delay played with an incredible amount of emotion for the excited crowd on hand.