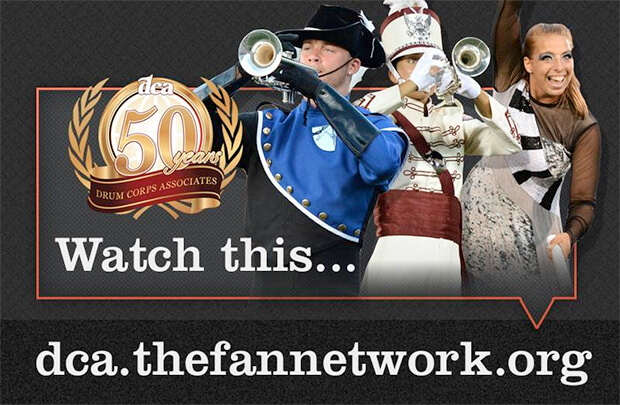 If you can't make it to Sahlen's Stadium in person, you can still check out a huge chunk of the action online, as Drum Corps International powers webcasts of DCA Championship events on the DCA Fan Network.

A $69.95 season-long subscription will give you access to on-demand video as well as the live webcasts of the Prelims competition on Saturday and the Alumni Spectacular on Sunday.

The Sunday night Finals competition will be offered for the very first time this year exclusively as pay-per-view.

As part of a DCA Fan Network subscription

DCA Fan Network subscribers will receive a $15 discount on the cost of the Finals webcast pay-per-view.

Register to watch at dca.thefannetwork.org.