Congratulations to Brennan MacFarland of Troy, Mich., our week two DCI Media Vault trivia challenge winner. He chose the 1995 Legacy DVD as his prize. "I marched in the Glassmen for the 2001 and 2002 seasons and aged out at Magic of Orlando in 2003. I've been a drum corps fan and supporter for many years, and to win this week's prize means a lot," MacFarland said. 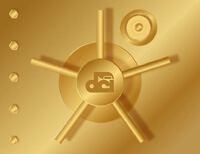 You too can be a winner! Take your best guess at this week's DCI Media Vault trivia challenge question.