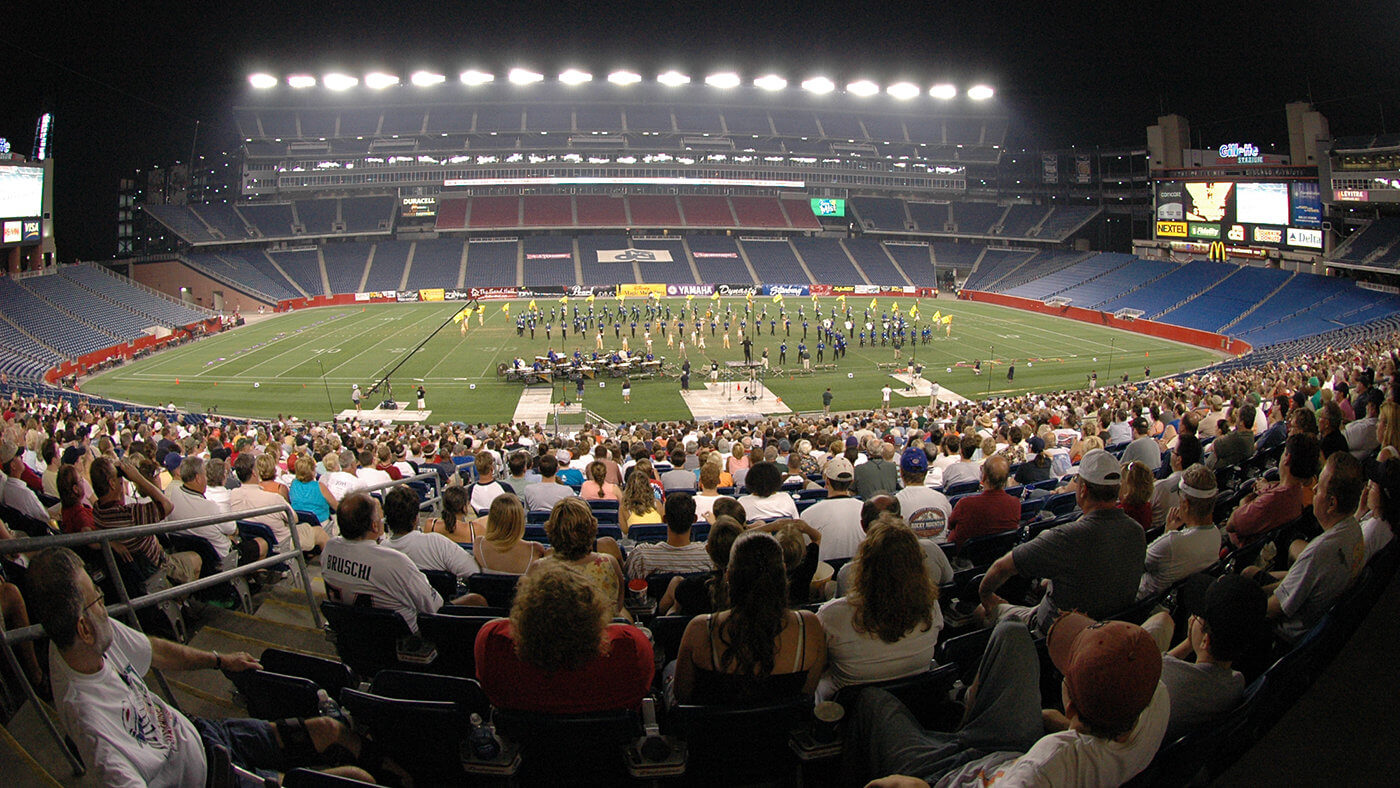 Drum corps returns to Gillette Stadium for the first time since 2005Photo by: Drum Corps International

Three of last year’s top-five corps continue their summer tours while three others will begin their own at the East Coast Classic in Foxboro, Massachusetts on Thursday evening.

The DCI Tour returns to Gillette Stadium for the first time since the World Championship Finals in 2005. The event, which will help celebrate the Boston Crusaders' 75th anniversary, will be webcast on the DCI Live! streaming video platform. The broadcast begins at 6 p.m. ET, with the first corps stepping off at 6:38 p.m.

PLEASE NOTE: This DCI Live! webcast will be available for viewing exclusively on desktop computers. Mobile streaming will be available in the coming weeks with the anticipated launch of brand new custom mobile apps designed for the iPhone, Android phone and iPad. The webcast can be accessed as part of a season-long subscription package or pay-per-view.

What to Watch For in Foxboro

Who will win the first clash of the West and the East? Find out tonight in Foxboro, Massachusetts, or from the comfort of home on DCI Live!