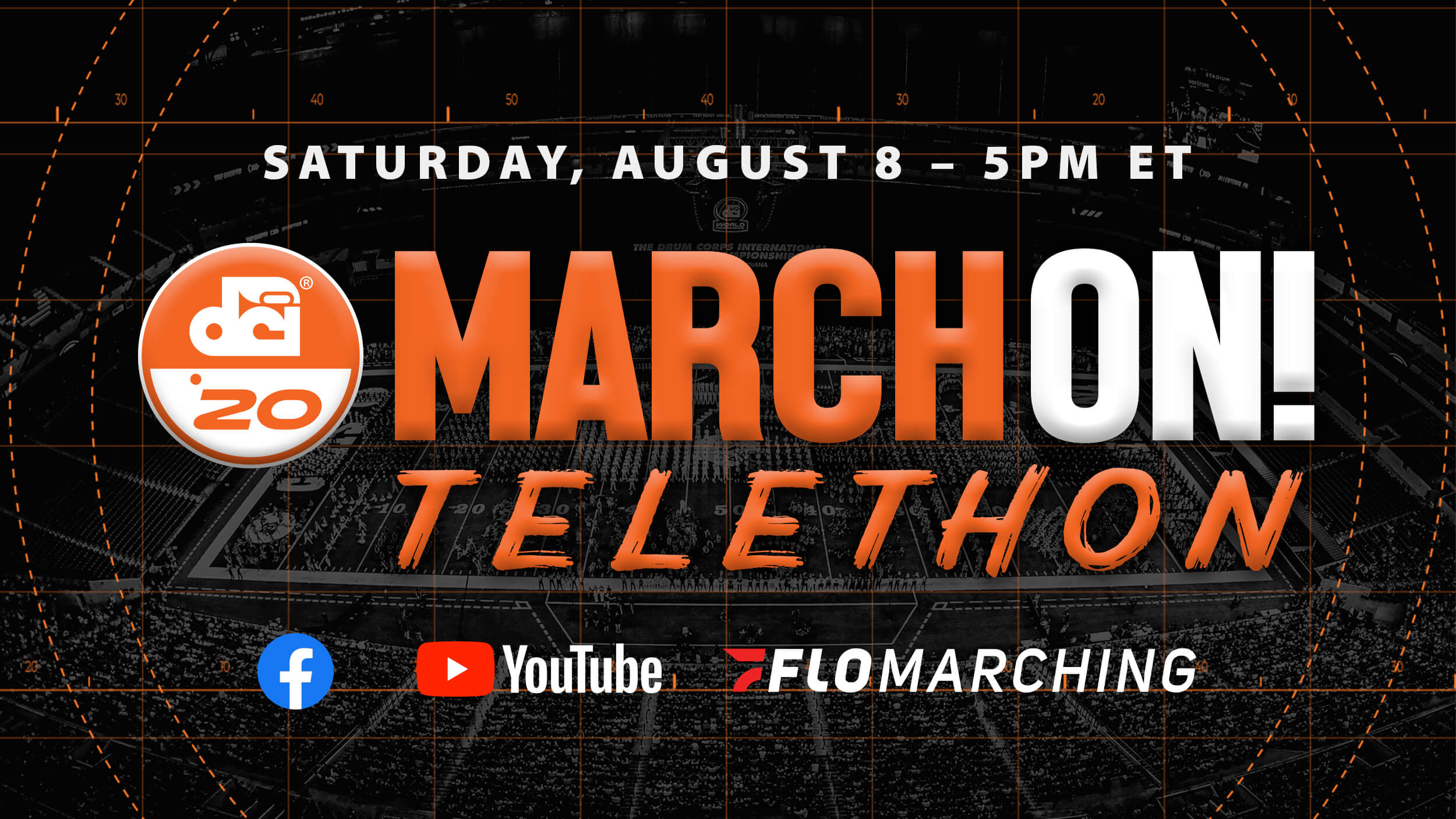 On a night traditionally reserved for the spectacular season-ending, final competitive performances of the world’s most elite marching music ensembles at the Drum Corps International World Championship, the iconic performance stage within Lucas Oil Stadium will remain dark this year on the second Saturday in August; a somber reminder of the cancellation of the 2020 DCI Summer Tour caused by the global coronavirus pandemic.

In place of the spellbinding sights and sounds of the thousands of remarkable performers taking their places on the field amidst the cheers of tens of thousands of passionate fans in the stands, DCI is instead bringing together members of the worldwide marching arts community in a unique global online event.

Hosted by DCI Hall of Fame broadcaster Steve Rondinaro, the “MarchOn!” Telethon will feature three hours of exclusive and exciting programming, including important updates from throughout the DCI universe. The evening’s goal: to celebrate the legacy of the unique drum corps art form while raising essential funds for its continuation once it is safe to resume operations.

The three-hour program which will air live on Facebook, YouTube and FloMarching, Saturday, August 8 at 5 p.m. ET/4 p.m. CT/2 p.m. PT, will include a variety of exclusive features and content.

"Run it Back!" reunion sessions

Part of the evening’s festivities will be a special virtual performance of “Hope for America,” composed by DCI Hall of Fame members Jay Bocook and Paul Rennick. This selection is from the program “Together As One” designed by Varsity Performing Arts, a division of Varsity Spirit — the global leader in cheerleading, dance team and band apparel, camps and competitions. Created in part as a response to the extraordinary circumstances that have resulted from the COVID-19 pandemic.

Featuring updates from and the current initiatives of: