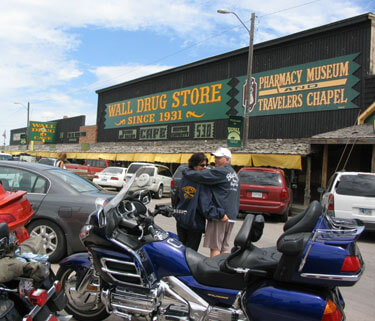 Attached is a picture taken at the famous Wall Drug in South Dakota. Kathy (Troopers 1967-1973), and me (Blue Stars 1965-1974), were traveling from Casper, Wyo., to Mankato, Minn., for a show and stopped by to take a picture with our respective corps jackets on in front of this tourist attraction. The Blue Stars stopped there every year on their way to Drums Along the Rockies in the 1970s. When you see signs for Wall Drug from 300 miles away, you just have to stop and take a look.