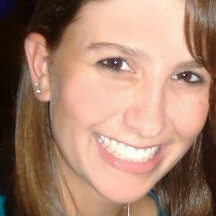 Kayla Breland
Kayla Breland, 19 Florida State University Glassmen Trumpet, 2006 & 2008 How did you choose your corps? I have been watching the Glassmen perform since I was in sixth grade. My older brother Sean was a proud member of the euphonium section for four years. Sean has always been one of my greatest role models, so I decided to audition for the corps during his age-out season. Although I was under the impression I was rather young to have such an ambitious goal, my brother was very encouraging. In December of 2005, I attended my first audition camp and fell in love with the corps and the management behind all of it. In your experience, what's the best way to prepare for an audition? Prior to the audition, I do my best to prepare myself mentally, musically, and physically in a variety of ways. As soon as the music excerpts are posted online, I make it a personal goal to learn the etudes, warm-ups, etc. within the first week of having them. They will not be perfect. This is just a basic understanding of how they are structured. During the next few weeks, I thoroughly analyze the details of dynamics, articulation and tempo. I attempt to make it as musical as possible. I do not necessarily run through the pieces every day. However, I make it a point to do a "mock-audition" once a week with the music. Understand that everyone at the audition is nervous, regardless of whether they are a returning member or a rookie. Stay optimistic and be sure to have good attitude about everything! I try to prepare physically by exercising at least three to four times a week running between one and three miles in a session. Everyone will be at different levels physically, but you should always strive to make improvements. What can a prospective corps member expect when he/she shows up for an audition weekend? Honestly, the first audition camp is incredibly exciting! You'll meet over a hundred new people and will most likely be rather overwhelmed within the first two hours of being there. The first full day of rehearsal will be extremely exhausting both mentally and physically. However, you will learn more than you could possibly imagine in just one weekend. As you look around and watch the veteran members of the corps, you may become slightly intimidated. Yes, they have marched a season or more before you, but remember that they were in the same position you are in not too long ago. You can become one of them soon enough as long as you dedicate yourself to working hard toward a very fulfilling summer. The first time you auditioned, was the process different from what you expected it to be? I honestly did not know what to expect the first time I went through the audition process. I had a vague idea that it would be frightening to play with so many experienced players. However, the corps staff and members were extremely welcoming and I felt relieved by the end of the weekend. I made so many new friends and truly enjoyed the camp. Were you nervous at your audition? Absolutely! However, I tried to be as realistic as possible keeping in mind that most everyone else was just as nervous. What do you think is most important for someone to take away from the audition experience? Do your best to absorb as much as you can because the weekend will fly by before you can even grasp that you're there. Be attentive to everything the staff members tell you. Trust me, they were all hired for a great reason and know exactly what they're doing. Regardless of whether you make it or not, be proud of yourself for taking the initiative! Any other advice? One of the most important things that you should remember is to always remain humble. Your actions will speak louder than words. Show them what you can do rather than telling them. Learn more about corps audition dates, locations and additional info.