Paula Hyman will be contributing columns to DCI.org each Wednesday. Here's her seventh installment. Every year that I've marched, and even before that, we've had a show or at least a rehearsal at West Chester University in West Chester, Pa. 2004 was no different. The corps rolled into WCU around 7a.m. -- ready to rehearse, of course. We've never had access to gyms or anything like that at West Chester, so we didn't get any floor time once we arrived. We got right off the bus and went straight to a Hopkins meeting while the volunteers prepared breakfast for us. George Hopkins, director of the Cadets, discussed the season with us. We talked about our goals for the summer and what we (the Cadets) were here to accomplish. Entertaining the crowd and changing people's lives through our performances were pretty much number one on the list. 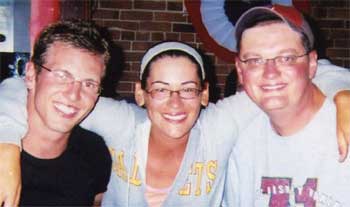