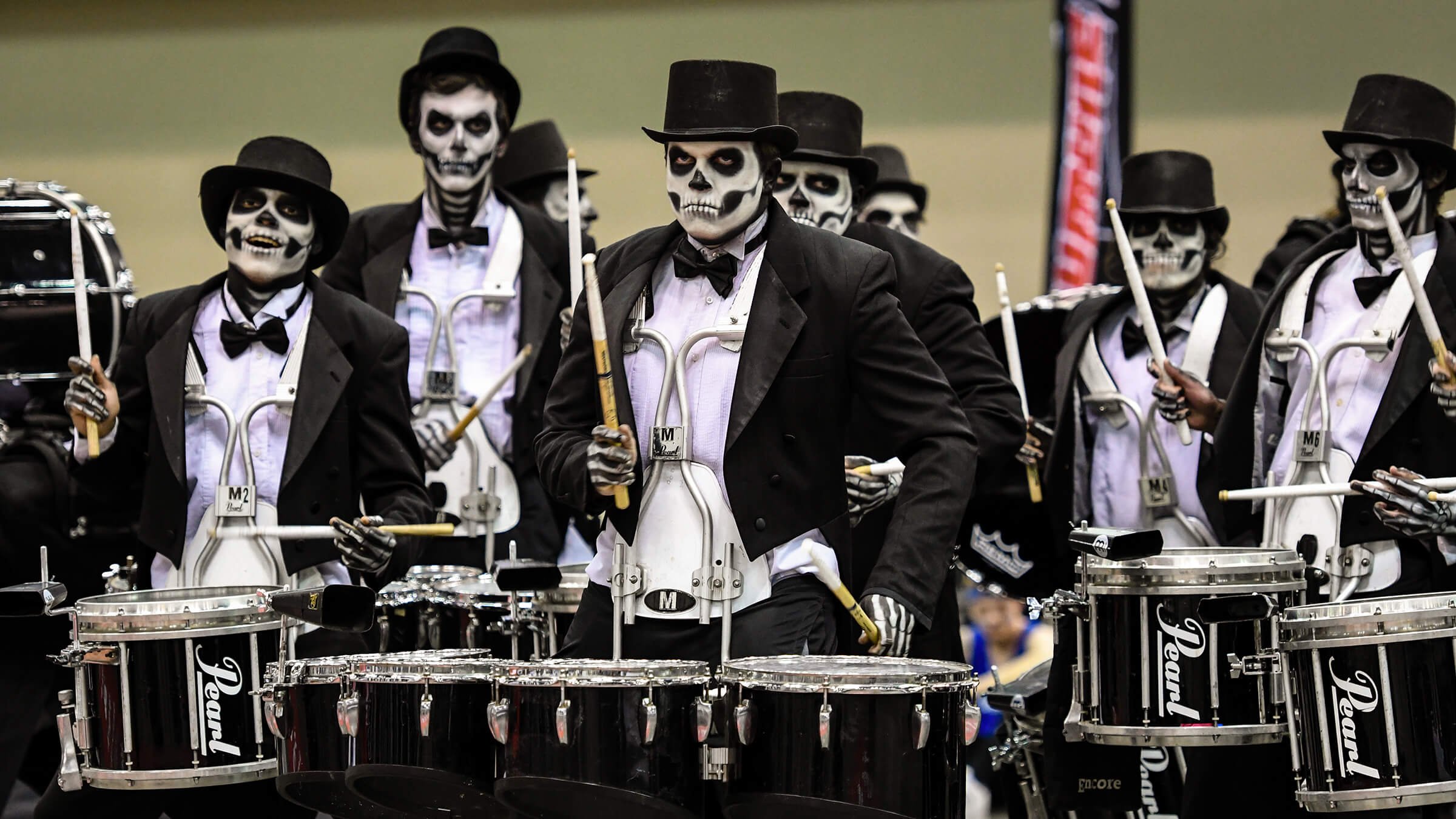 Annually PASIC represents the largest percussion event in the world. The four-day series features more than 120 concerts, educational clinics, master classes, and more, including a special marching percussion track where DrumLine Battle serves as a centerpiece.

Eight teams from across the country participated in the bracket-style competition, which took place at the Indiana Convention Center in downtown Indianapolis.

Trading off two-minute routines, performing ensembles attempted to one-up each other as a panel of three judges evaluated each match, basing their decisions on a combination of drumming skills, movement, visuals, stick tricks, stunts and overall showmanship. 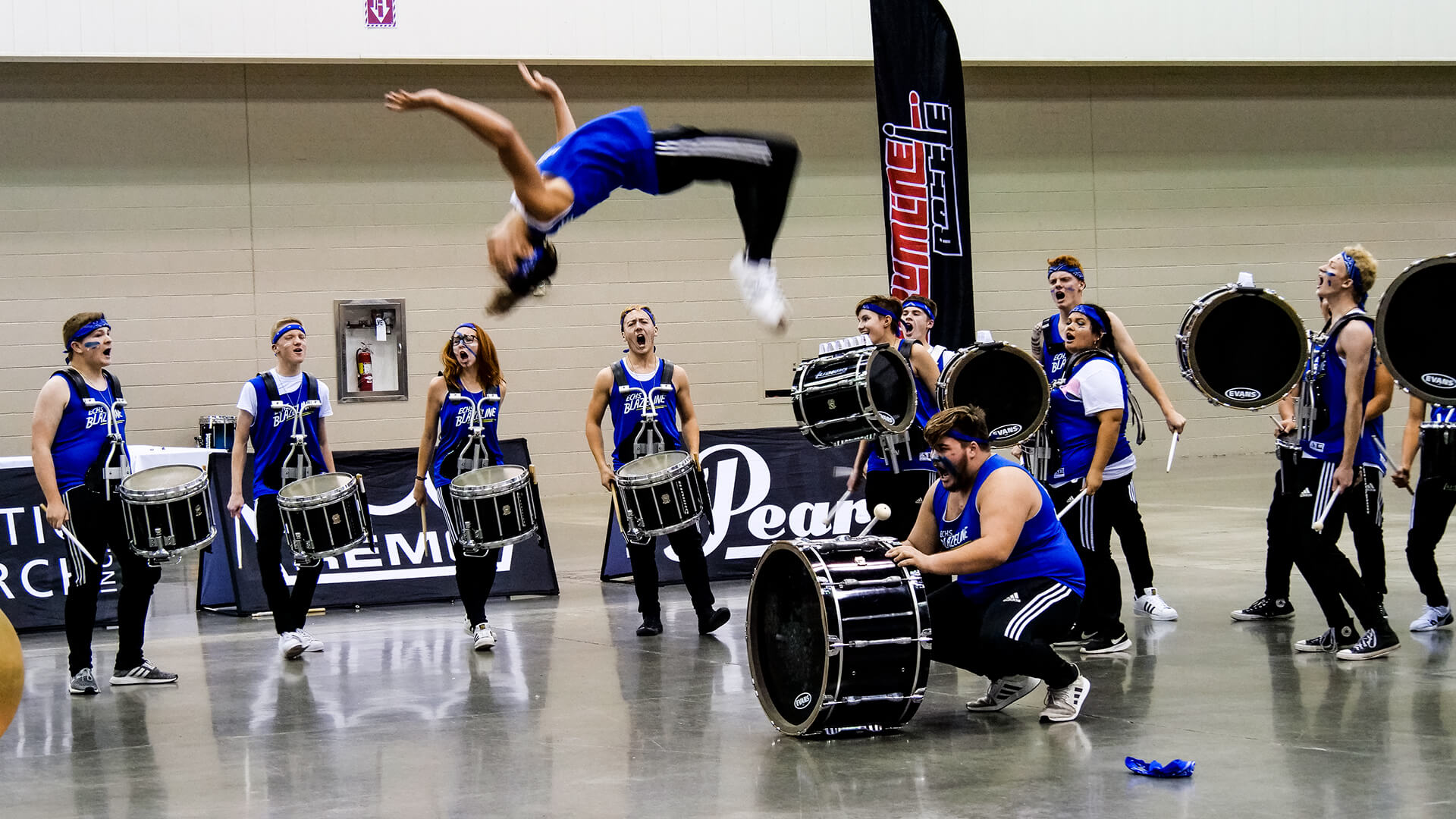 The members of the Elkhart Central High School Blazeline is well known in DrumLine Battle for their high-energy, high-flying maneuvers.

In a rematch of 2017’s final round, Cutting Edge Corps managed to hold off the volley of the high-flying drummers of the Elkhart Central High School Blazeline to take another DrumLine Battle championship belt back to Texas.

Once again dressed to impress in their zombie-themed undertaker garb, Cutting Edge is an independent group that stays busy throughout the month of October entertaining crowds at the world's largest haunted house in Fort Worth.

“This is a really fun activity for them to wrap up their season,” said Cutting Edge director Brandon White. “Competition is what’s driven some of these guys to perfect their skills, so coming out to compete on a different level than a drum corps or marching band is really a fun activity for them.

“There were some great ideas out there, a lot of fun things that really helped keep pushing this DrumLine Battle forward, and we’re looking forward to coming back again.” 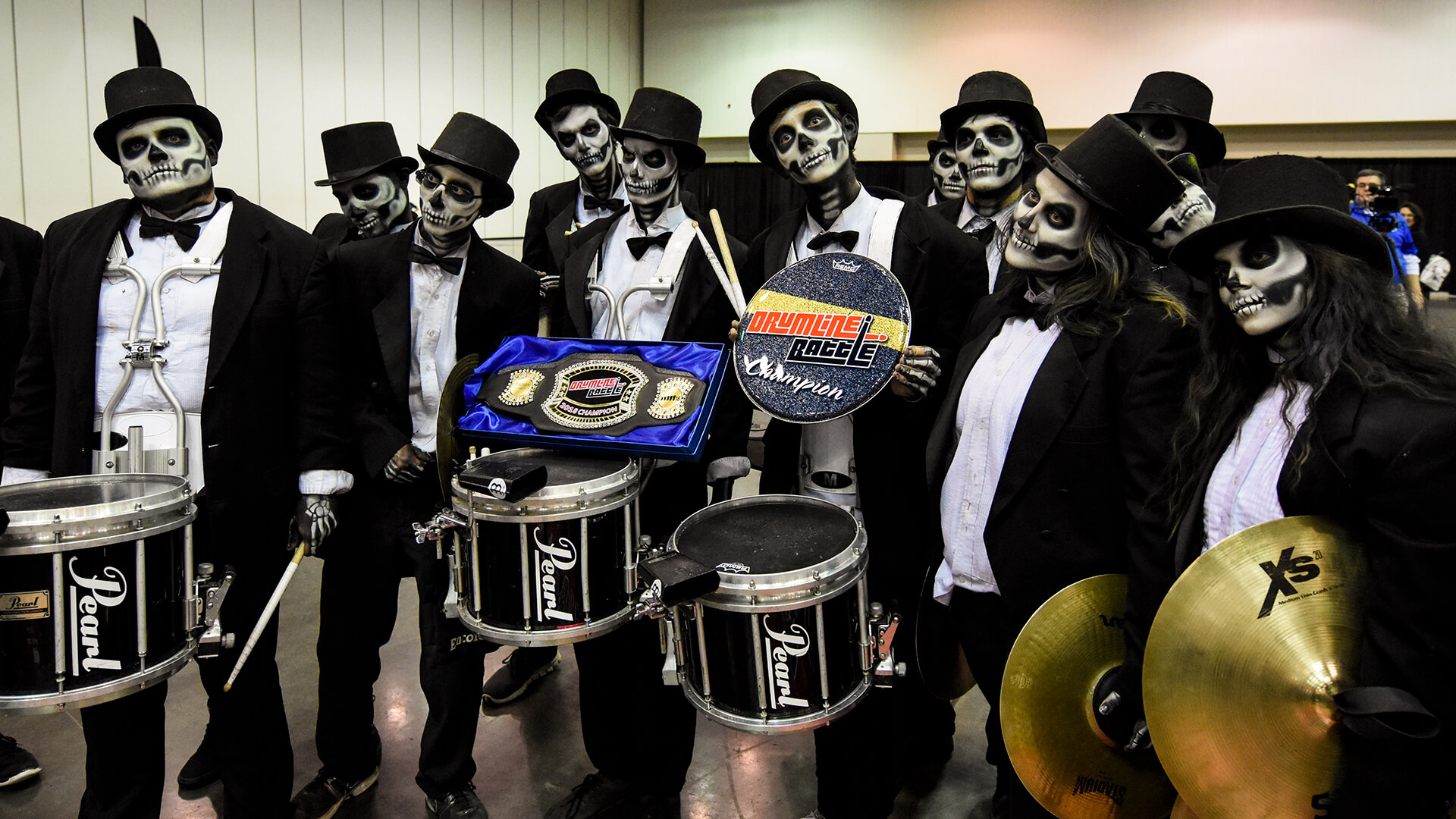 Performing groups and matchups at PASIC included (winners in bold):