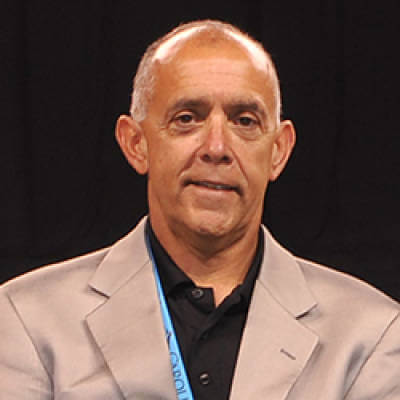 The rise and development of the Carolina Crown drum corps is perhaps one of the greatest examples of the Aesop fable of the tortoise and hare, where "slow and steady wins the race." Kevin Smith has led the organization from the starting line to the finish and beyond.

Along with a group of drum corps alums and supporters, Smith formed the Charlotte Drum Corps Association (CDCA) in 1988 to run an annual competition in the North Carolina city. Soon after, members of the CDCA had the idea to start their own drum corps ensemble. Smith agreed to be the interim director of the corps until a permanent director could be found, though nobody ever was.

With a background in risk management and a full-time job in insurance, Smith chose to run and grow Carolina Crown in a slow, gradual and calculated way.

"Kevin didn't take unnecessary risks, didn't spend money he didn't have and was always thinking of how he could improve the experience of the corps members, all while staying on budget," said former Carolina Crown assistant director Terry Valentine. "He grew the organization in a measured way ... carefully building the foundation that would carry them through decades."

For 20 years Smith led the group, seeing the corps through its first DCI World Championship title in 1993 as a Division II unit, to its move up to DCI's World Class division with years of further growth and competitive success. He did all of this as a volunteer, in between raising a family and holding a nine-to-five job.

When Carolina Crown grew to a point where a full-time director of the organization was needed, Smith stepped into the role of board president in 2010, handing the reins of the day-to-day and creative side of the drum corps operation to current director Jim Coates.

But as DCI Hall of Fame member Steve Rondinaro says, "Crown is Kevin and Kevin is Crown." Smith still travels throughout the summer with the corps and was on the sideline at Lucas Oil Stadium in Indianapolis as Carolina Crown won its very first World Class World Championship title in 2013.

"His dedication, consistency and just plain love have brought Carolina Crown to where it is today," Valentine said. "A world class organization dedicated to young people and their performance both on and off the field."