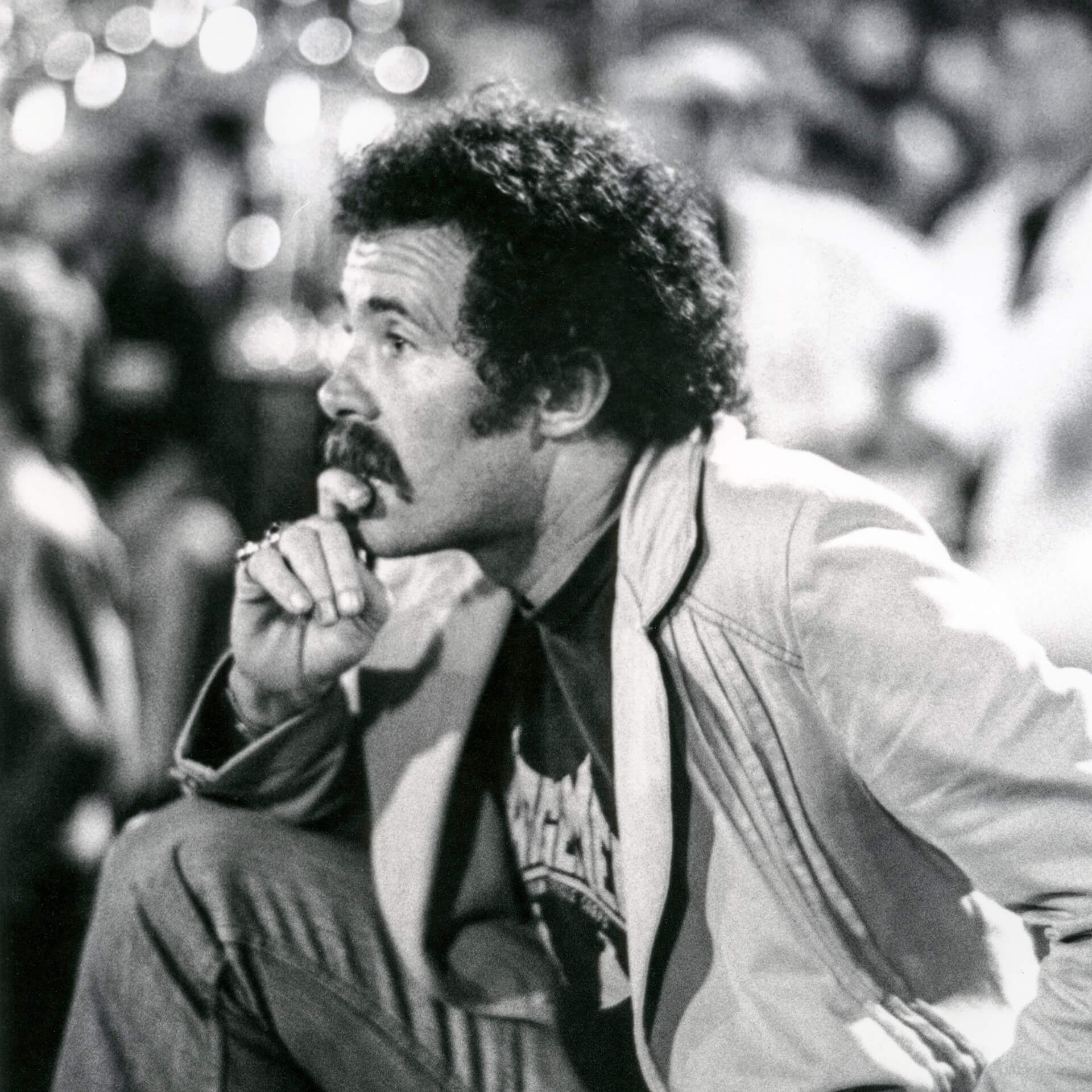 Bobby Hoffman grew up in New Jersey, where he played tenor drum in the Bergenfield Ravens, who became the Dumont Police Cadets, a small corps (taught by the legendary Bobby Thompson) that also produced the likes of Carl Ruocco, Bruce Lages and Dennis DeLucia.

His drillwriting and teaching career took shape with the Hawthorne Muchachos' indoor guard and corps (late 1960s), the Garfield Cadets (early 1970s), the Anaheim Kingsmen [around 1973 and 1974), and the Blue Stars (1975).

But it was Hoffman's tenure with the Bridgemen, from 1976-1982, that made him a superstar in the drum corps movement. Low leg lift, dance, comedy, tongue-in-cheek irreverence, groove, style, attitude, panache and flat-out audience appeal were the trademarks of this corps under Bobby's leadership.

His work with the Velvet Knights in the mid-1980s further refined and developed this style.

Dennis DeLucia, a member of the DCI Hall of Fame, was the corps' percussion arranger/caption head at the time. "Bobby's unique gift was his ability to think creatively outside of the norm, to listen to and assimilate ideas from others, and to implement his concepts in ways that became enormously popular and engrossing to members and fans alike. He saw things differently than anyone else. We all miss him, but enjoy the elements of today's drum corps that exist as a result of his genius," DeLucia said.

Hoffman passed away in January of 1991.