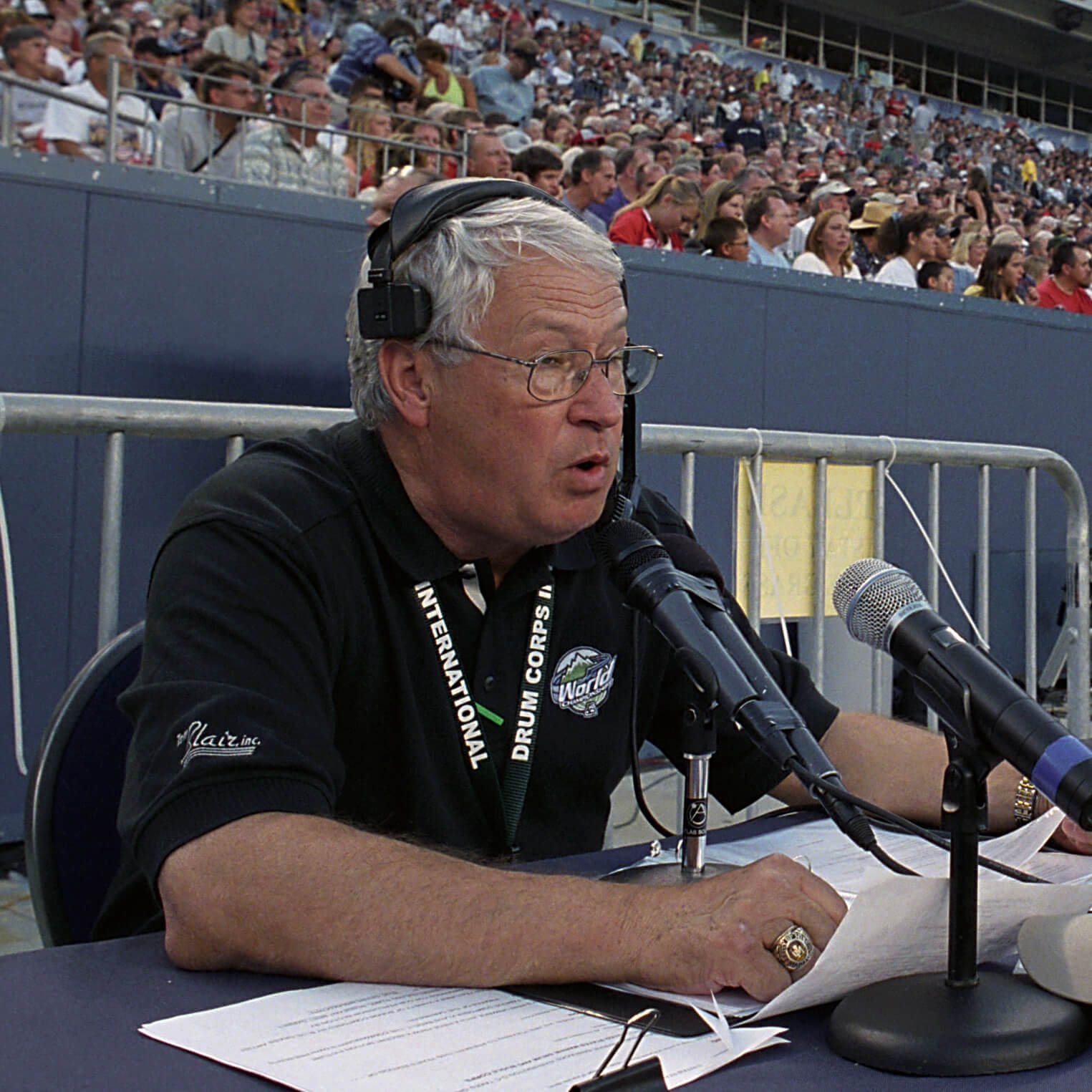 The moment his voice begins to echo through the stadium, you know exactly who it is - Brandt Crocker, "The Voice of DCI" since 1972. Millions have heard him announce the corps taking the field, whether live at a DCI event or on PBS and ESPN2 broadcasts.

"For life-long drum corps fans, it's practically impossible to imagine a DCI World Championship without hearing Brandt's enthusiasm over the stadium public address system," DCI Staff Writer Michael Boo wrote. "It is an iconic sound that belongs distinctively to Drum Corps International, an auditory touchstone that carries the same power to evoke drum corps memories as diesel fumes or the sound of a drum line warming up."

According to Dan Potter, DCI announcer and Field Pass podcast host, Crocker has been at every DCI World Championship, excepting four years. James Paxton, Tour and Event Partner coordinator for the DCI Summer Music Games of Southwest Virginia, wrote that he stumbled upon Crocker in a chance encounter of a PBS broadcast on television. As a band director, he said students who participated in drum corps spoke of the thrill and pride in being announced by 'the Voice.'

Before DCI was formed, Crocker was helping the late Jim Jones manage the Troopers when Jones and 12 other corps directors formed DCI. Brandt announced the first World Championships at Whitewater, Wis. with virtually no script. He began simply with "On the starting line..." and the rest is history.