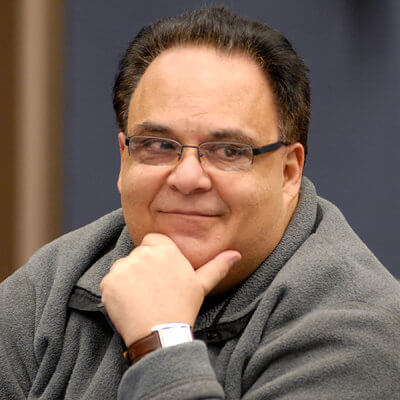 Bruno Zuccala started his decades long Drum Corps International career with a simple request to observe and volunteer for the Cavaliers.

“Bruno contacted Cavaliers visual designer Steve Brubaker in the mid-1980s, requesting an opportunity to observe our process and volunteer for a few weeks in the summer in order to improve his teaching and judging skills,” former Cavaliers director and 2005 DCI Hall of Fame inductee Jeff Fiedler said. “We were so impressed with his knowledge, commentary and commitment to the craft that we asked him to join our visual staff the following year for as much of the summer as he had available, and the rest is history.”

That history included 27 years of service to the “Green Machine,” in positions that included color guard caption head, staff coordinator, assistant director and corps director. After the Cavaliers, Zuccala became color guard caption supervisor for the Cadets and also served as that corps' assistant director. In addition, he has worked with corps including the General Butler Vagabonds and Boston Crusaders and has been inducted as a member of the Pennsylvania Drum Corps Hall of Fame.

Known for his caring attitude and infectious sense of humor, Zuccala's greatest achievement in the drum corps arena is perhaps his commitment to education, a natural extension of his life outside of marching music, having spent more than 30 years as a teacher and administrator in western Pennsylvania.

“Bruno has touched thousands in the DCI community with a gentle, yet constantly determined commitment to excellence, always coaching and encouraging with the demeanor of the consummate educator,” said former Cavaliers color guard member David Benoit. “Bruno's thorough training and extensive experience as an educator made him an irreplaceable staff member. To DCI, he contributed a lifetime commitment to education.”

“He was a guiding force on any staff to which he dedicated his time,” adds DCI Hall of Fame member Michael Gaines, who worked alongside Zuccala with the Cavaliers. “He taught the teachers and fought ferociously for the wellbeing of the students. He has dedicated his drum corps career to empowering young people to feel confident and to become the leaders and teachers of the future.”

In all of his interactions, Zuccala has the ability to motivate and create learning opportunities that transcend music and movement on the football field—ones that leave lasting impressions felt by students and colleagues alike.

“Bruno taught me that the daily mental and physical challenges of tour have deeper purposes which serve to develop life-fulfilling skills that lend success to what's beyond DCI,” says Benoit. “Learning these skills helped make the great accomplishments of my life—marriage, becoming an airline pilot, and others yet-to-come—possible.”