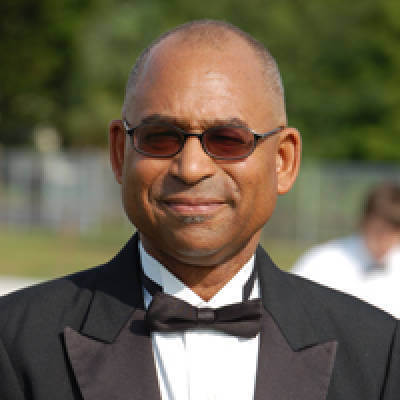 Frank Williams has nurtured the growth of many drum corps brass players over the years. And while his mastery of the instruments and the repertoire has played a key role in his success in developing great brass sections, it's Frank's willingness to go beyond the music to make personal connections that has inspired students and peers alike for decades.

"Frank's teaching legacy has enriched our musical world through gifted artists and teachers who continue to credit him with a large part of their success," says publisher and composer Robert Smith. Over more than 30 years in drum corps, Williams has worked with The Cadets, Glassmen, Spirit of Atlanta, Boston Crusaders, Magic of Orlando, Erie Thunderbirds, and Teal Sound. Former students have risen through the music industry to perform with such world-renowned organizations as the Boston Symphony, the Philadelphia Orchestra, and Walt Disney Entertainment.