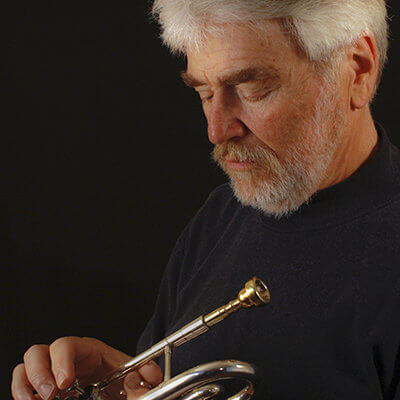 First as a performer and then a brass instructor and arranger, Frank Dorritie utilized his drum corps experience on the way to a storied career in the music industry as a Grammy-winning audio producer.

With performance experience in drum corps dating back to the St. Catherine’s Queensmen and Long Island Sunrisers, Dorritie got his start as an instructor and arranger beginning in the 1960s and ‘70s. Subsequently he’d lend his talents and expertise to a lengthy list of corps all across the country, from the Garfield Cadets to the Blue Devils and Santa Clara Vanguard.

“A fond recollection I have of Frank was his involvement with the Blue Devils,” 1996 DCI Hall of Fame inductee Dave Richards said. “Frank had a firm understanding of the jazz idiom and applied this talent quite well in getting the Blue Devils to perform the marvelous Wayne Downey arrangements with proper jazz fundamentals.”

Earning his stripes in the music industry over many years, Dorritie’s lifework as an audio producer has led him to nine Grammy nominations and two Grammy awards for his work with Cal Tjader and Art Blakely and the Jazz Messengers.

“Frank’s gift of gab, spirited personality, and eagerness to share information on any topic on the face of the earth shine through while standing in front of either a brass section or audio engineers,” DCI Hall of Fame member Wayne Downey said.

Never straying far from his drum corps roots, Dorritie has helped produce a number of projects for Drum Corps International, including “State of the Art,” a 1980 album that marked the very first multi-track recordings of drum corps, featuring the Blue Devils and Santa Clara Vanguard.

As part of that groundbreaking project, Dorritie was inspired to bring drum corps fans “into the arc”—meaning the arc-shaped formation that a corps’ horn line stands in while warming up—by memories of Dick Blake’s 1960s “Brass by Night” standstill recording of New York-area junior corps. As a member of St. Catherine’s Queensmen, one of the corps on the recording, Dorritie once remarked, “One of these days I’m going to make another recording like that.”

Dorritie holds distinctions as a member of the National Academy of Recording Arts & Sciences, the Buglers Hall of Fame, and the World Drum Corps Hall of Fame.