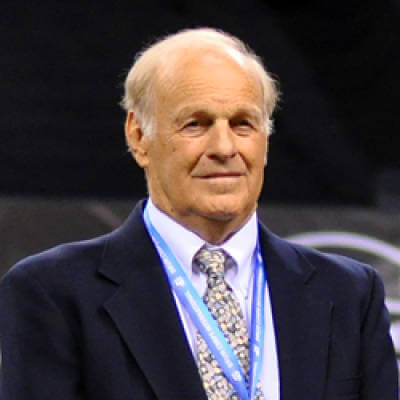 Joining the Boston Crusaders management team in the early 1970s, George Bevilacqua led the East Coast group through a crossroads in the organization's history.

Bevilacqua was a champion for corps controlling their own destinies and helped to form Drum Corps International, when he and 12 other directors from around the country looked to secede from the veterans organizations which were running and managing several factions of the competitive drum corps activity at the time. Putting their fate into their own hands, these directors came together in 1971 to form an organization where they could set their own rules and manage their own affairs. Drum Corps International was born.

In doing so, however, the Crusaders lost their sponsorship from the VFW and American Legion. Just a year later the corps faced more adversity when its rehearsal hall burned down, losing equipment and the corps' truck in the conflagration. As staff and management began to divide looking for the best way to keep the corps afloat, Bevilacqua charged ahead, seeing association with Drum Corps International as the organization's best course of action.

"During this time period George kept the Crusaders from bankruptcy by personally funding much of the operations of the corps, purchasing new horns, new uniforms and other equipment as it was needed," said Hall of Fame member and former DCI Executive Director Don Pesceone. "Not willing to accept 'No you can't,' as an option, George would keep finding ways to keep the corps alive and running."

As director, Bevilacqua chose to manage his corps not with an iron fist, but by leaving its leadership in the hands of its young corps members. According to David Hanley, drum major of the Boston Crusaders in 1979, Bevilacqua taught corps members to provide for and take care of themselves, even to the point of traveling the country during the summer months without chaperones or adult supervision.

"We cooked and served our own meals, we cleaned the facilities we were using and often shocked people when we left places cleaner than we found them," Hanley said. "We mended our own uniforms, maintained our own equipment, and we generally looked out for one another. This was the greatest learning experience of my life."

Hanley says Bevilacqua was not afraid to let them make mistakes, finding it more important to let corps members learn from their failures to become a tighter and more cohesive group.

Among his other contributions to the drum corps activity as a whole, Bevilacqua was an outspoken proponent in the creation of Drum Corps International's "Associate Membership," which provided recognition and performance opportunities for corps not among the top 12 competitively. He also worked to add Class A (today called Open Class) corps competitions to the schedule of DCI World Championship events.