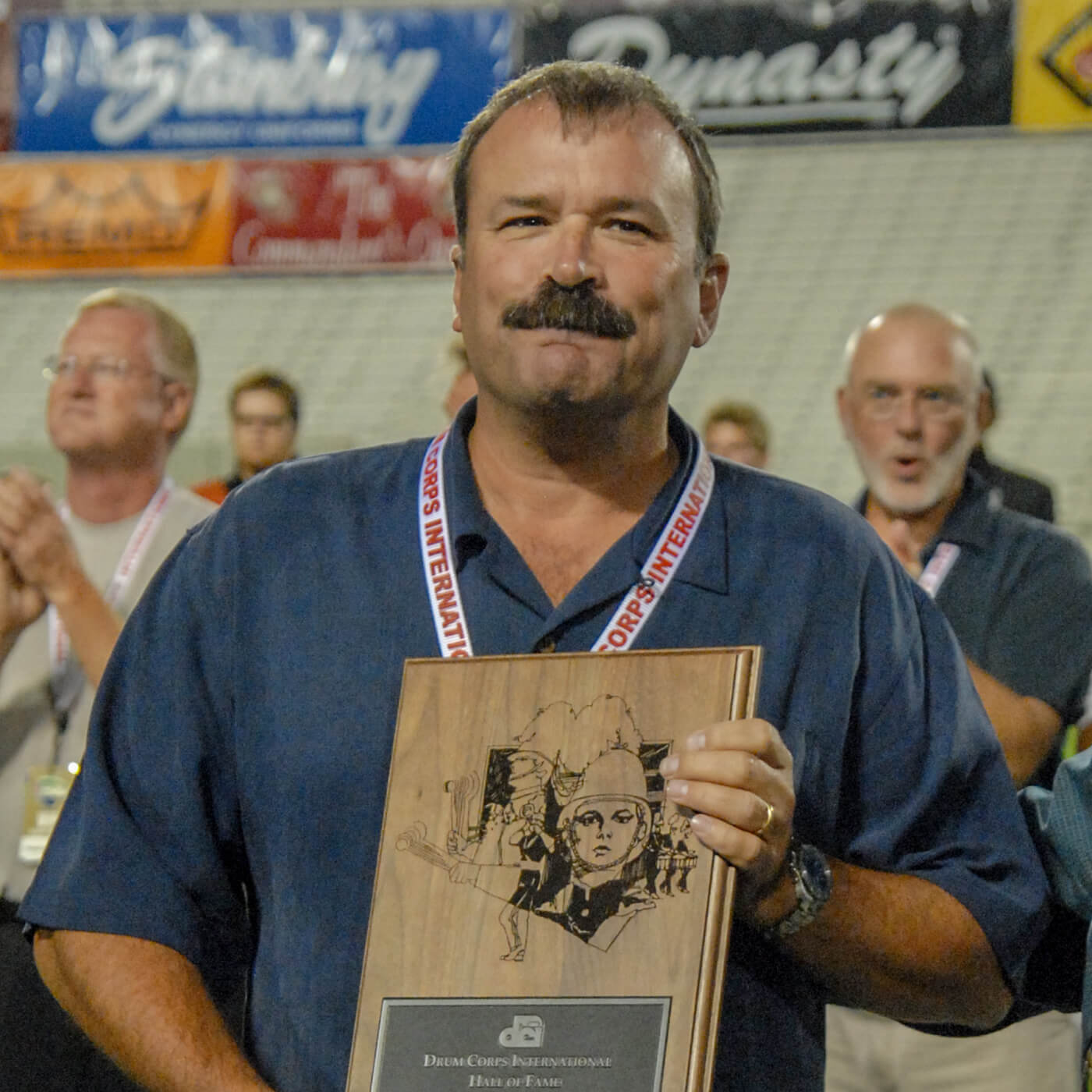 As a drum corps member, judge, percussion instructor and arranger, James Campbell has been involved with drum corps for more than 40 years.

He was a member and instructor with the Schaumburg, Ill. Guardsmen for more than 10 years before becoming an instructor for the Cavaliers in 1984. He was instrumental in developing the Cavaliers' percussion program, helping lead the corps to DCI high percussion caption titles in 1991, 1992 and 1995.

Campbell also has been a drum corps innovator, working to integrate concert percussion elements and quad-tom drums into the activity which are lasting changes that thrive today.

Timothy Salzman, music professor at the University of Washington, said, "There are few people who have donated as much creative time and boundless energy to the drum corps activity as Jim Campbell. There are far fewer who have found acceptance and enjoyed the critical acclaim of their peers in the larger world of contemporary percussion music."

Currently the provost's distinguished service professor of music and director of percussion studies at the University of Kentucky in Lexington, Campbell also holds the positions of principal percussionist with the Lexington Philharmonic, drummer with the Kentucky Jazz Repertory Orchestra, and he is a past-president of the Percussive Arts Society.