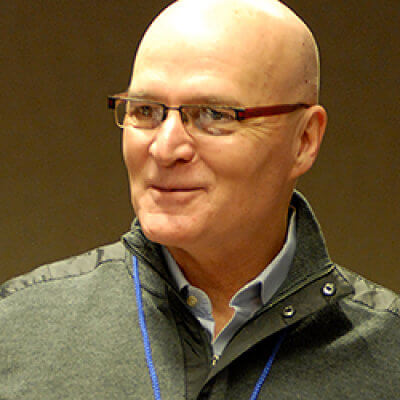 Starting his career as a Drum Corps International judge in the 1970s, John Phillips has devoted more years to the art of adjudication in the drum corps activity than perhaps anyone in the history of the organization.

Starting his musical career as a 10-year-old in the Scarborough Firefighters Trumpet Band in Canada, Phillips progressed from a corps member to instructor with groups like the Northstars (Kitchener, Ontario) and Defenders (Rockland, Massachusetts).

Phillips cut his teeth as a brass judge and clinician with the Canadian Drum Corps Association, and in 1974, he got his chance to judge for the first time on the Drum Corps International stage. He was quickly recognized among his peers for his effective communication skills and constructive commentary.

“John’s ability to recognize ‘quality’ in performance and provide feedback for growth to struggling and fledgling brass sections came naturally to him,” longtime Blue Devils brass arranger Wayne Downey said. “His enthusiasm and natural sense of communication provided an excellent role model for his fellow judges to emulate and respect.”

“I can recall studying his adjudication tapes intently with the hope of someday being able to articulate and evaluate with the same degree of meticulous professionalism,” fellow judge Wayne Dillon said.

Phillips quickly moved up within the DCI judging ranks, from brass judge to brass caption head to judging task force member. Now for some 15 years he has served as judge administrator of Drum Corps International’s team of adjudicators—the longest anyone has ever held the position which is installed by a vote of DCI’s member corps.

As judge administrator, Phillips has long served as a leader and conduit between the competing drum corps and the judging community.

“He leads by example, is the ultimate professional and role model and when called upon, always provides the voice of reason,” DCI visual judge and 2013 Hall of Fame inductee Marie Czapinski said.

Outside of his drum corps affiliations, Phillips has served as a high-profile music educator in Canada for more than 30 years. On the collegiate level he’s taught at the University of Toronto, York University and University of Western Ontario. He’s also had the honor of serving as Director of Curriculum for the Government of Ontario’s Ministry of Education.