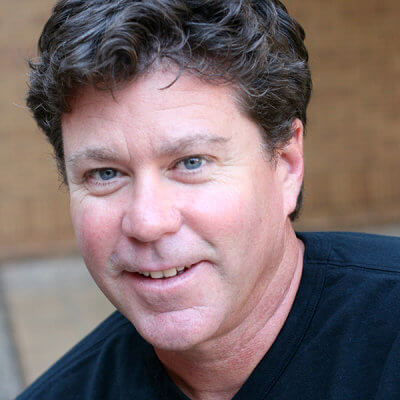 As an instructor and arranger, Paul Rennick has been instrumental in altering the landscape of marching percussion in a modern era of drum and bugle corps.

A former member of the 27th Lancers, Rennick made a name for himself leading an up-and-coming Carolina Crown percussion section in the late 1990s. Since then he's served as an arranger and percussion caption head of Phantom Regiment and currently Santa Clara Vanguard, taking home a number of Fred Sanford Best Percussion Performance Awards at the DCI World Championships during his tenure.

DCI Hall of Fame member Charles Poole first knew Rennick when he marched in Poole's storied 27th Lancers drum line in 1985, commenting, “I was immediately impressed by the passion, intensity, and focus that he offered to the program, qualities that would be hallmarks of his professional life. He has always demonstrated a strong sense of humanity and understanding in all his educational endeavors. He truly represents all that is positive about our beloved activity.”

Rennick's educational approach is one that is rooted in higher education. He has served on the faculty of the University of North Texas (UNT) since 1991, leading the institution's indoor drum line to a bevy of awards with the Percussive Arts Society. In his position he's attracted countless young musicians to UNT, creating a veritable marching percussionist factory of students who go on to perform with and teach drum corps across the country.

“Through the years, I've observed that Paul's students are very loyal and speak highly of their experiences under his direction,” said DCI Hall of Fame member Scott Johnson who serves as the Blue Devils director of percussion. “Clearly, these students enjoy the process and challenges while they grow as musicians, the sign of a great instructor and mentor. Paul's lines push the Blue Devils—and me personally—to achieve at a higher level.”

K.J. Stafford agrees. Stafford studied under Rennick at UNT while performing in his drum lines at Carolina Crown and Phantom Regiment. He now serves on the percussion staff of Santa Clara Vanguard.

“Paul has an unbelievable ability to demand perfection, musicality, and precision, while still maintaining an educational atmosphere of positivity and complete professionalism,” Stafford said. “He holds his staff completely accountable to make sure that every decision is student-centered and every member of the group is treated with complete professionalism and respect.”

Rennick is also renown for his percussion arranging. He has continued to do this with assistance from his wife Sandi, who writes for the front ensemble. Together, they have created some of the most nuanced percussion arrangements in DCI history. As Stafford recounts, “His holistic style of writing situates the percussion ensemble scoring seamlessly and purposely alongside the brass scoring, elevating the entire music ensemble.”