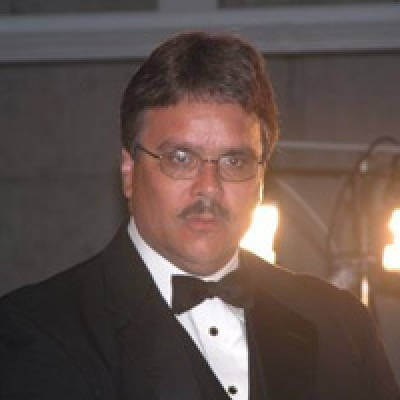 Robert W. Smith arranged brass for several corps during the 1980s, including Velvet Knights, Spirit of Atlanta, Glassmen, and the Cadets. Yet he may be best known for his original compositions that rapidly propelled Suncoast Sound to prominence. Their 1985 show, "Florida Suite," was the first to exclusively feature original music composed for a drum corps.

Arranger Jay Bocook '09 says Smith's work was "full of emotion, effect and passion...It changed the way all of us looked at putting shows together. The music was like a great soundtrack to a film."

After his work with Suncoast Sound, Smith founded Magic of Orlando and again brought the corps to World Class status. Outside of drum corps, Smith composes and writes educational materials for school bands, earning him a place in the American Bandmasters Association.

In his nomination letter, corps director Howard Weinstein reflects on what he learned from Smith while in Suncoast Sound: "He had an ability to teach us about music and life, in a way that gave us unlimited potential. Each and every one of us learned and understood the value drum corps had and continues to have in our lives, both on and off the field."