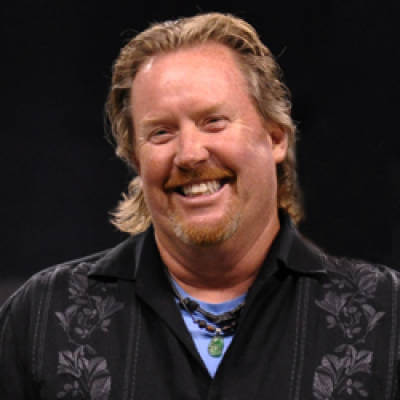 While percussion instructor and arranger Scott Johnson could certainly hang his hat on the incredible number of competitive accolades he's helped achieve on the performance field-an incredible 14 World Championship titles with the Blue Devils and a dozen high percussion caption awards-he is perhaps better known among students and colleagues for his masterful ability and willingness to teach and share his "tricks of the trade" with audiences around the world.

"If there is one area in which Scott has immeasurably contributed to the marching arts, it is in the largeness of his generosity in giving to his students his time, his patience, and his unwavering passion and dedication to the drum corps activity," said Neal Flum, a former student of Johnson's and currently the assistant director of athletic bands at the University of Alabama. "As great is the number of titles, awards and honors that Scott has earned through his tireless work and dedication, far greater is the number of lives he has positively affected."

Learning to drum at the age of four, Johnson joined the snare drum line of the Blue Devils as an 18-year-old in 1976. He performed with the corps until 1979 and instructed the group through 1989. After several years away teaching and arranging for Santa Clara Vanguard in the early 1990s, Johnson rejoined the Blue Devils staff as percussion director and arranger in 1994, a position he still holds today.

It is Johnson's caring personality and casual demeanor that many say is what makes him such a valued, respected and effective educator to all who he comes in contact with.

"Not only is Scott an example of the best player, musician and arranger, he has the personality that few develop to make students truly feel valued and respected," said Ron Hardin, who worked with Johnson on the staff of the Santa Clara Vanguard. "Scott's motto has always been, 'If you're not having fun, you're doing it wrong.' The genuine enthusiasm he brings to each and every rehearsal and meeting has been unmatched in anyone I've worked with."

"I have seen Scott spend countless hours 'in the lot' encouraging all performers and their instructors," said Jim Dwyer, a visual percussion judge for Winter Guard International. "He is never too busy to stop and sign some young person's drum sticks, shirt or hat. He is a true ambassador for our activity."

Beyond the thousands of young performers he has worked with directly in his career, Johnson has been an innovator in developing a far-reaching educational presence on the Internet. With instructive video features like "ScoJo's Lick of the Week," and posting tips and answering questions on social media sites like Facebook, Johnson has been an inspiration to percussion students of all skill levels.

Johnson's ever-expanding digital footprint in addition to his successes in the drum corps arena have earned him international recognition. He is a sought after clinician and educator in a growing number of countries including Japan, Canada, Germany, The Netherlands, South Africa and Indonesia, among others.