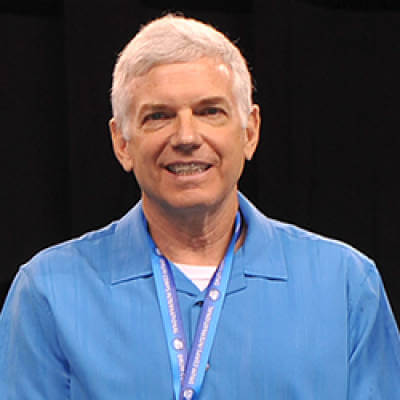 In an age when drum and bugle corps weren't regarded with much reverence for their musicality and the number of music education majors in a performing group could be counted on one hand, Timothy Salzman used his background in education and as a wind band expert to bring the same levels of musicianship of a concert ensemble onto the football field.

Getting his start with the Guardsmen of Schaumburg, Ill. in 1978, Salzman quickly turned the group's brass section into a top-performing ensemble. Joining the staff of Santa Clara Vanguard in 1981, Salzman helped the corps win a World Championship title in his first year with the group. Consulting with the Cavaliers in the 1980s and arranging exclusively for the corps from 1989 to 1997, he would help establish an identity for the Green Machine that focused the group's musical efforts on concert band and wind ensemble literature.

"Tim taught kids like me that the highest standard of musicianship really did matter," says Dean Westman, who was a member of the Cavaliers during Salzman's tenure and one of the few music education majors in the corps at the time. "Whether you were playing clarinet in his university wind ensemble or contra bugle in the Cavaliers, Tim expected excellence."

Westman remembers fondly just how hard Salzman pushed him and his fellow corps members to achieve when they were deep in the heart of Texas for the 1991 DCI World Championships.

"[Salzman] was teaching us that the work is more important than the trophy," Westman explained. "On one of the water breaks that he gave us, seeing that we were all physically exhausted, Tim came down to the field, stood by the water jugs and individually served each of us. He handed us our cup of water, he looked each member straight in the eyes and said, 'Thank you.' Perhaps it was a small gesture, but it's one that has stuck with me for almost 25 years."

The work ethic Salzman helped install among corps members paid off in spades. The Cavaliers would win their very first World Championship title in 1992, and another soon followed in 1995.

While Salzman last worked with the Cavaliers in 1997 and subsequently made a move away from the drum corps arena, he has become extremely well known in academia. As a professor of music at the University of Washington for decades, he has traveled the world as a conductor and arranger for various ensembles and is a published author.

Whether conducting in the concert hall or instructing drum corps members from a football stadium press box, DCI Hall of Fame member James Campbell says that Salzman has done it all with distinction. "He inspires those under his direction to reach their highest potential," Campbell said. "His life-long passion to share music with young people and audiences around the world has left a lasting impression on countless students and colleagues with whom he has crossed paths."