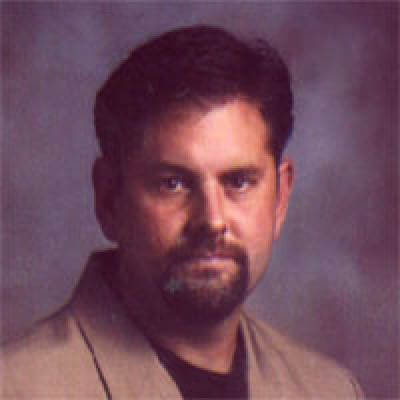 Twenty-five years of experience. Two championships as a member. Seven championships as an instructor. Five percussion titles including a string of nine-consecutive runner-up titles. And all of this still counting.

This may sound like a combination of the resumes of five percussion instructors, but in reality is only one of long-time Cadets percussion arranger and caption head, Tom Aungst.

A member of the Cadets from 1981-1984, Aungst went on to become a lead percussion tech with the corps from 1985-1988 before assuming the caption supervisory role in 1989, a position he still holds today.

A designer, teacher and mentor, Aungst has been able to achieve an enviable balance between family (husband and father of two), profession (Dartmouth, Mass. school system) and drum corps, while putting tireless hours of dedication toward the education and development of his students, colleagues and peers.

Aungst's impressive track record with the Cadets has become one of utmost respect even among those on the opposite end of the competitive spectrum.

"When you finish a competitive race just behind someone else's team, there are moments of temporary frustration and even some professional jealousy, especially the first time or two," wrote the Cavaliers' corps director Jeff Fiedler (2005 Hall of Fame inductee). "But after it has happened more than a few times in the past 16 years, you quickly start to develop a respect to the point of awe for the consistency of the achievement, the strength of the philosophy and the dedication to the craft. Tom Aungst and the Cadets consistently get my grin and my 'unbelievable!' headshake of respect. Even if we're ahead in the closing weeks of a season, our subconscious look over the shoulder is toward the percussion section in maroon."