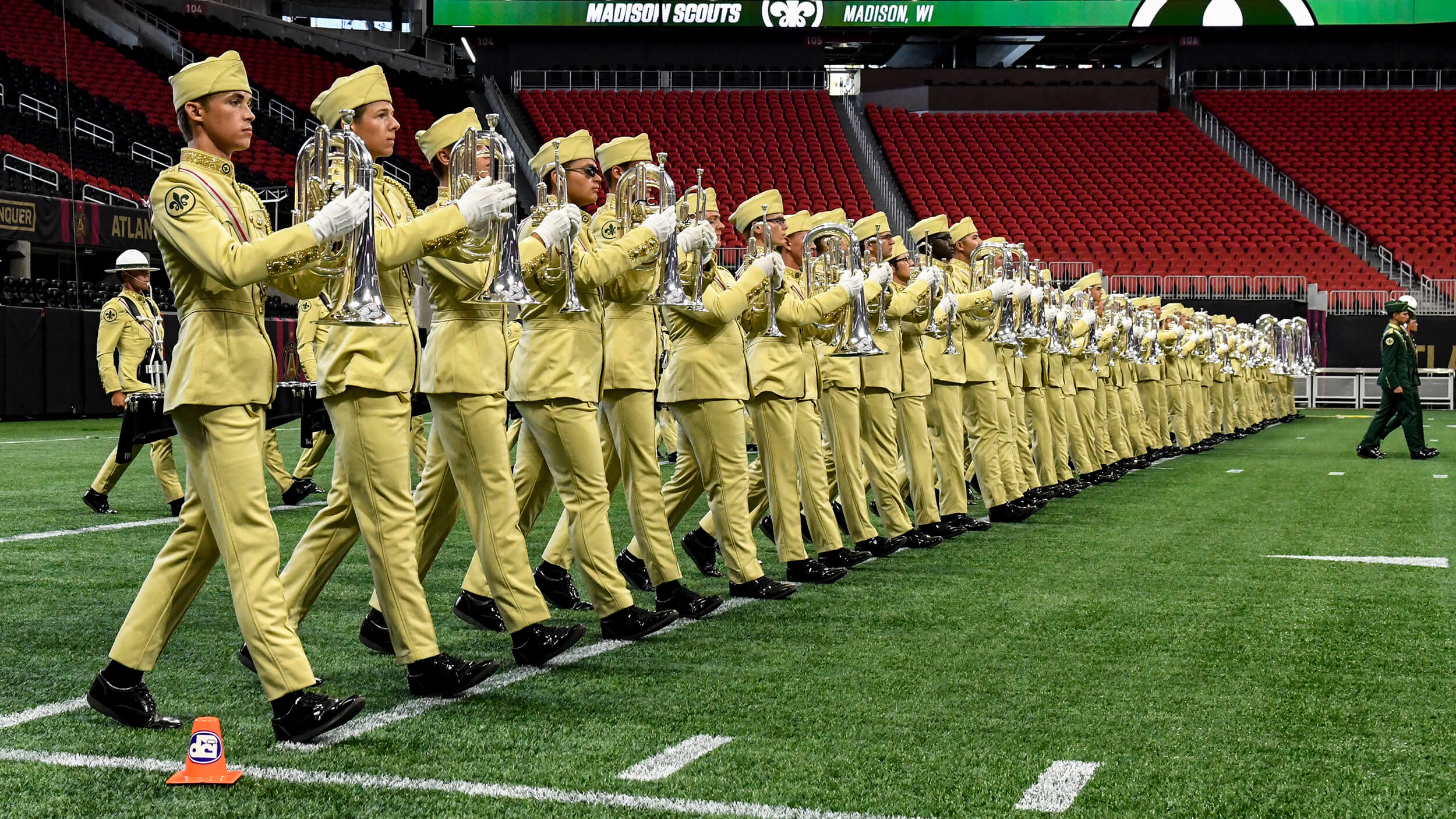 The 2020 Drum Corps International Tour will be a pivotal season for the Madison Scouts after the organization announced in July that after more than 80 years, the all-male corps will open its ranks to all genders.

Leading the corps’ design team through this historic season will be first-year program coordinator Jason Robb, a former mellophone player turned staff member with the Scouts.

Tim Hinton, host of the Marching Roundtable Podcast, recently talked with Robb as his new team is settling into the organization and getting preparations for their 2020 season underway. Five key things we learned in that interview:

During the off-season Robb has been charged with bringing on an entirely new group of designers to craft this year’s production. While the team has not been together as one cohesive unit in the past, various individuals have worked together on other projects giving them a running start into the creative process.

Robb says that they have been brought on for a multi-year commitment to give the team the opportunity to get comfortable with one another and for their design and educational approach to take root within the organization.

“I wanted to ensure this team I brought in would have time to get the job done, because it’s not going to happen in one year,” Robb said. “All the designers and caption heads were hired on a three-year term at minimum. So everyone that was extended a contract, as long as they’re operating the way they should be and doing the things that we should do, we’re all going to be here for three years which I’m really excited about.”

The new staff has a deep respect for the corps’ past

Robb, who has a decade-long history with the Madison Scouts himself, has a goal of channeling elements from the rich history of one of Drum Corps International’s longest-operating units while ushering the corps into the future.

“What are we going to bring the Madison Scouts to so that the kids can perform and communicate with the audience the way that we used to remember?” Robb said of his year-one goals for the organization. “Is it going to be like 1990s Madison? No. It’s going to be new and modern and those things, but every time [the design team] has met and when we’ve been talking, we’ve been asking ourselves in this moment how can we empower the members to communicate that Madison Scouts [characteristic] to them.

“We need to get back to a drum corps where the people are so excited to see them they can’t contain themselves. We need to empower the kids to be confident performers. That’s our number one goal as a design team as we sit down and create this next year’s production.”

Design team members recently hosted a weekend retreat in Austin to hash out the plans for the corps’ 2020 production. Robb says this year’s show is the brainchild of color guard designer Jennifer “Jenifo” Leseth.

“We all got in the room, went to dinner, came back, and we stayed up until two in the morning and basically banged out [the show concept],” Robb said. “We rented an Airbnb and the walls of the living room were covered with these big white sticky post-it sheets that Jenifo put up all over the walls and was writing all of these ideas on just because the chemistry was so fantastic.”

Robb noted that Madison Scouts executive director Chris Komnick pressed the group to “have courage” and “take big chances” with the design process.

While not revealing the title or any of the thematic material of the production in the Marching Roundtable interview, Robb says that the corps may be on schedule to reveal the list of artists tied to the musical repertoire in “a month or so.”

2020 membership interest is up