Gene Monterastelli, chairman of the DCI Rules Committee, sat down with DCI.org's Michael Boo to discuss the 2005 rules proposals. The following are Gene's words. To read the rules proposals in their entirety, please go HERE. 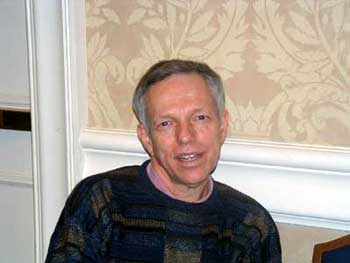 Gene Monterestelli, chairman of the DCI Rules Committee
There were 15 proposals turned in. Three were contest procedures and not rules proposals, so they were handed directly to the board for consideration. The person who made some of the remaining proposals withdrew three of them, which left us with nine proposals. Four of the nine proposals are related to the individual and ensemble contest, expanding upon who can participate and the kind of instrumentation that can be used. In a nutshell, DCI is investigating having I&E contests at the regional events for non-DCI members to qualify them for participation at the I&E Championships at the World Championships. The four rules proposals to increase the instrumentation and participation in the I&E contest would allow for non-drum corps instruments, including woodwinds and other traditional marching band instruments. As part of these proposals, the presenter has stated that the purpose of the proposals is NOT to introduce this instrumentation into the drum and bugle corps competitions on the field, but to increase participation in the drum corps activity. Two rules deal with eliminating the use of powder and liquids during the field show. The possibility of injuring the field and changing the composition of the field for subsequent units are the major considerations for the introduction of these proposals. Some of the football stadiums we have used have taken offense to what we have done to their individual fields. We need to keep the fields from getting muddy and we need to take steps to prevent later competing corps from hurting themselves. One proposal deals with increasing the width of the pit area from end zone (minus the 10-yard line) to end zone instead of the current goal line to goal line, making use of the entire field. On the new color guard sheet, there's a proposal to modify the sheet to make it more performer-oriented and less designer-oriented. We've used the current sheet for the past five years. The last proposal is a proposal on electronics to allow instruments such as electronic percussion for the production of new sounds. Instruments would have to be played in real time, (no push a button and having a sequenced passage play itself).