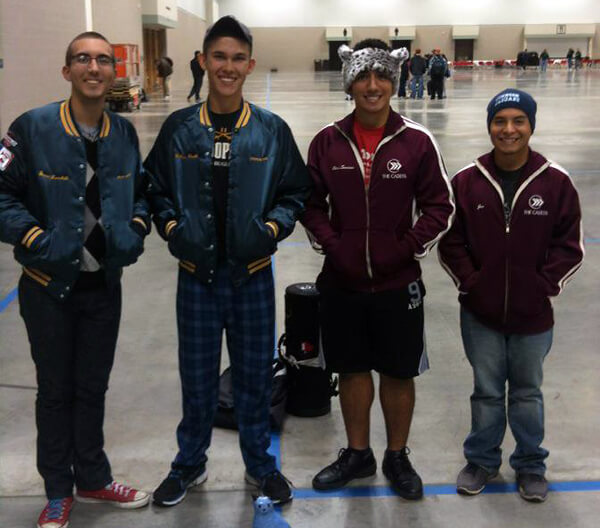 This picture was taken on Thursday, Nov. 10, 2011 in Indianapolis after rehearsal for the Claudia Taylor Johnson Marching Band from San Antonio, Texas before their prelims performance on Friday at the BOA Grand Nationals competition. The two in the middle are both seniors in the band and the ones on the outside are visual staff members and alumni of the same band. This is Johnson's fourth year of existence and first time ever competing at Grand Nationals. The band took eighth place in the finals. From left to right: Jason (Troopers '11) Will (Troopers '10) Chris (Crossmen '10, Cadets '11) and Jonathan Aguirre (Cadets '11)