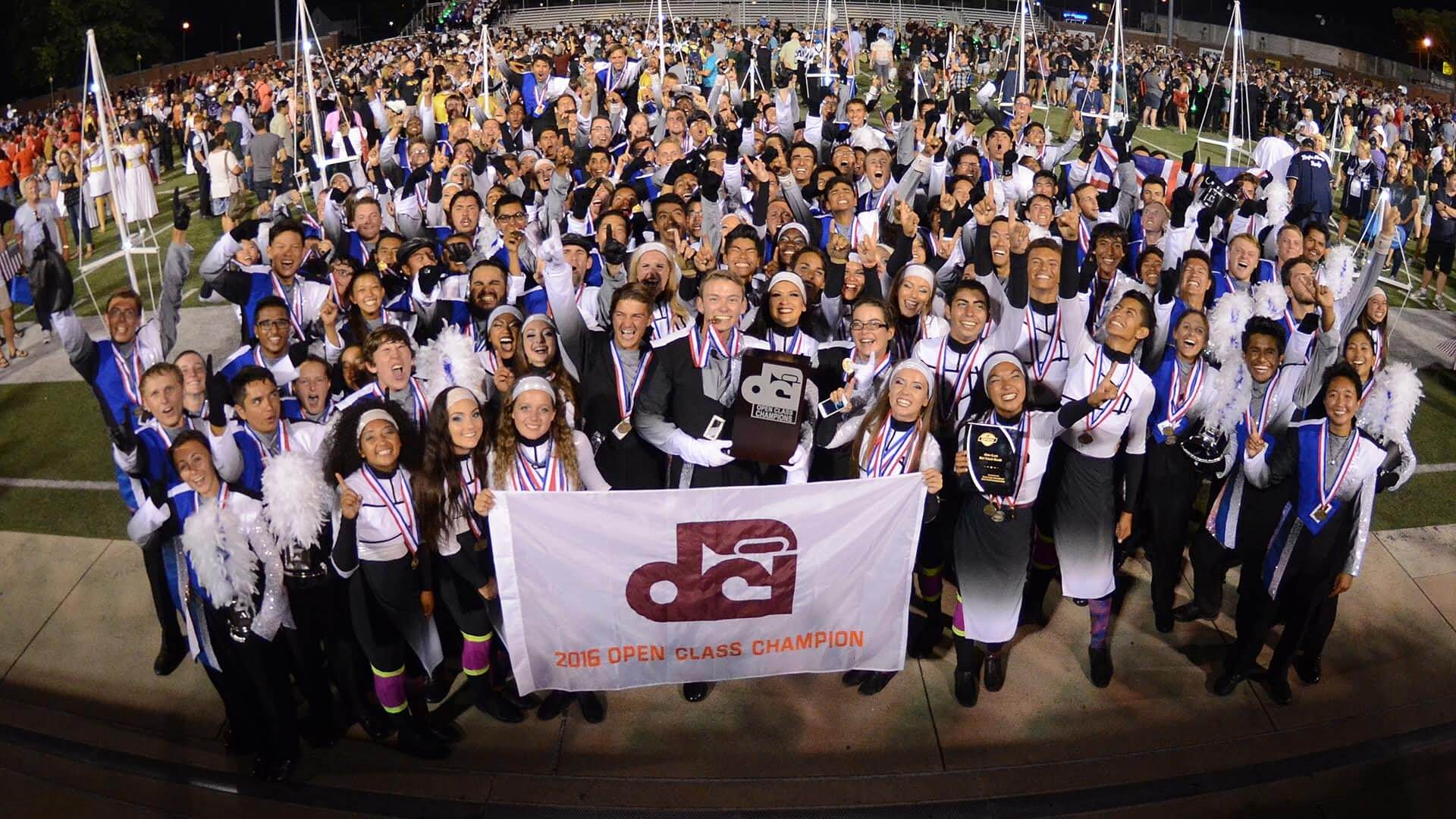 Blue Devils B launched to a first-place finish at the Open Class Finals in Michigan City, Indiana on Tuesday night. Its Space Race-themed production, “To the Moon,” earned the corps its fifth World Championship title since 2009. “My first thought was that we finally did it,” color guard member Kasey Willes said after the corps was announced in first with a score of 79.900. “All the blood, sweat and tears ... all the hard work we actually did it, and we accomplished our goal.”The Concord, California corps swept the captions and took home hardware for Best Brass Performance, Best Color Guard Performance, Best Visual Performance, Best Percussion Performance and Best General Effect.Drum major Brandon Wood said the competitive success, however, is not everything to the corps: “More importantly, the runthrough and the emotion that we had was incredible. The added benefit of being an Open Class Champion is unbelievable. All the hard work that the corps put in has paid off.”

Just over a point behind was the 2015 Open Class World Champion Vanguard Cadets who will end 2016 in second place with a score of 78.850.“This is definitely an [overwhelming] experience for me,” Vanguard Cadets drum major Joselyne Grace said. “I feel super emotional right now and I can’t be prouder of them. They definitely left it all out on the field tonight, and we gave it our best shot.”Taking the bronze Tuesday night were members of Legends (3rd, 76.500) who received a medal for the first time in the corps’ history.“At Legends we really focus on making ourselves better every day and outdoing our personal best as individuals and as a corps,” Legends drum major Noah Koch said. “To get crowd recognition and judge recognition for that is amazing. This is a big milestone for the corps, and I’m so proud of the work they’ve put in and everything we’ve done to get this far.” 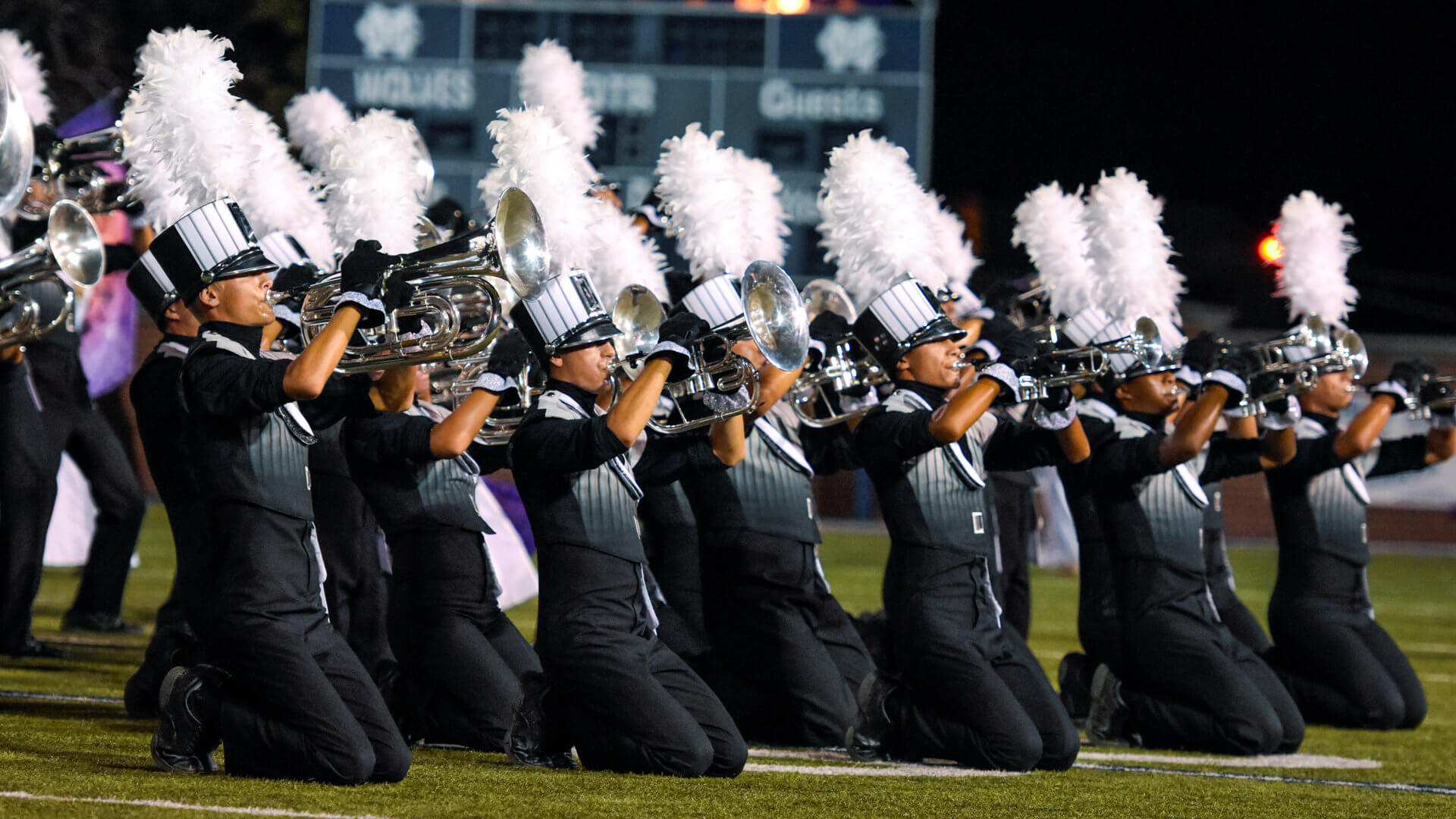 Performing in more events and traveling further than they ever have before this season, Genesis finished off its 2016 Open Class campaign in fourth place with a score of 75.250. “At every show these guys have performed with energy every time consistently,” drum major John Filippone said. “It’s been so fun to go on the field and know every single time that they’re going to kill it.” Filippone has aspirations to advance from the Prelims on Thursday to the Semifinals on Friday night when all corps gather in Indianapolis to compete at Lucas Oil Stadium. “I’m looking forward to playing with this corps two more times. We love what we do and we love doing it great every single time.”Improving its score from the night before, the Spartans took fifth place with a 74.750. Drum major Justin Dejoy said that the corps’ performance tonight was the best he’s seen. “This is the most improved the Spartans have ever been,” Dejoy said. “This has absolutely been a growing year and they’ve done a phenomenal job coming from about 60 percent rookies to 100 percent Spartans.” 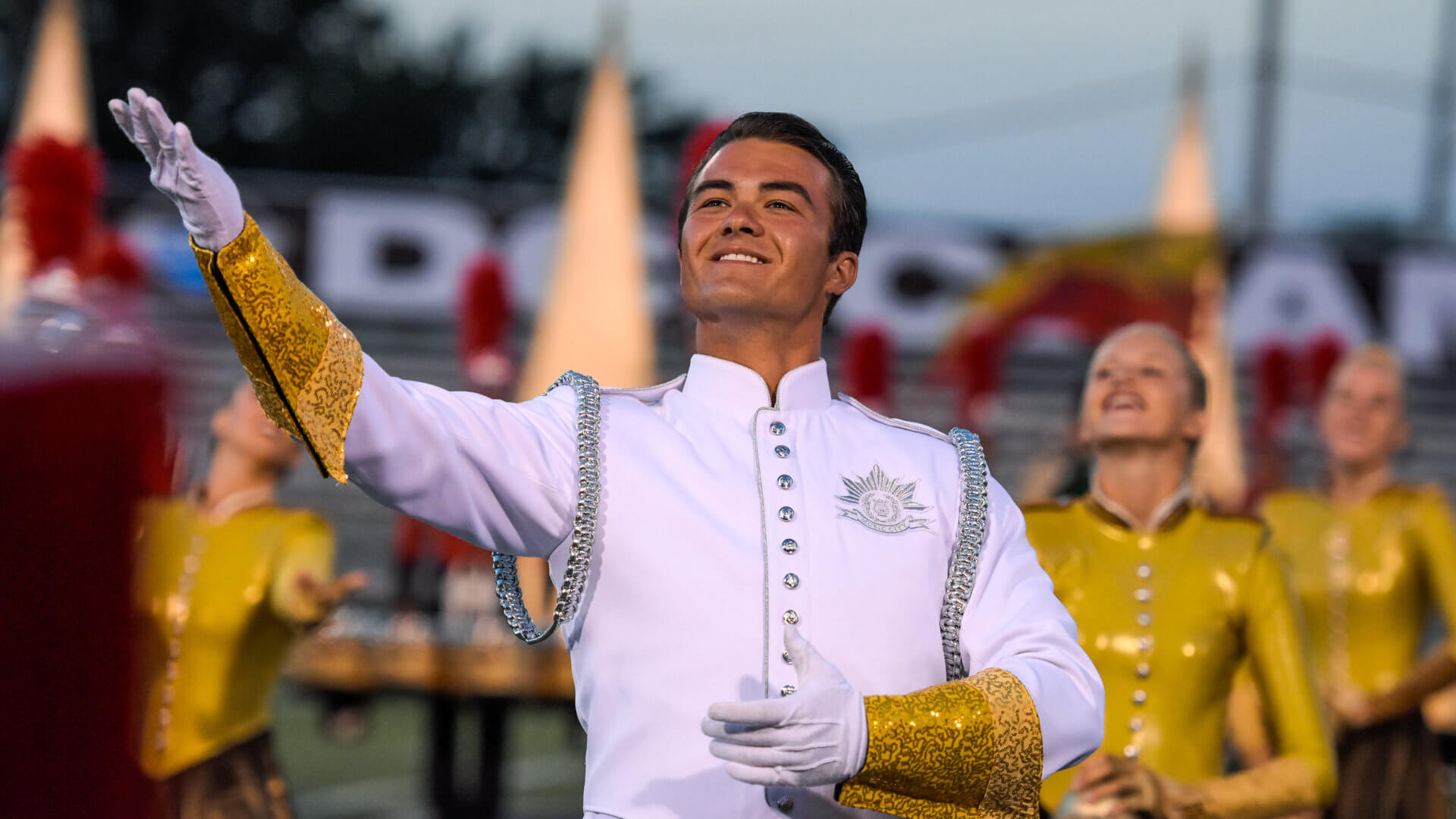 Performing under the lights of Ames Field, Music City (6th, 72.150) has now improved its placement in each of the last three years as an Open Class finalist. “You can see it in our members—There is just a completely different level of energy and focus when those lights are on and everything shining and all our props and all the glittery items just light up,” drum major Jeremiah Wooten said.Taking seventh place with a score of 70.875 was 7th Regiment. The corps’ drum major, Sean Hogan said staff coordinator Mark Maguire has been a consistent motivator for members before going on the field to perform. “He really knows how to amp us up and gets us grooving as we go on the field,” Hogan said. “He always talks about practicing like you perform. That was the main thing he’d consistently say, and we always try to take a step back and remember that before we get onto the field.”Following the Connecticut corps was Gold. The group's eighth-place finish (68.600) matches its 2015 standing. Gold drum major Tyler Johnson says 2016’s focus has been on improving every day. 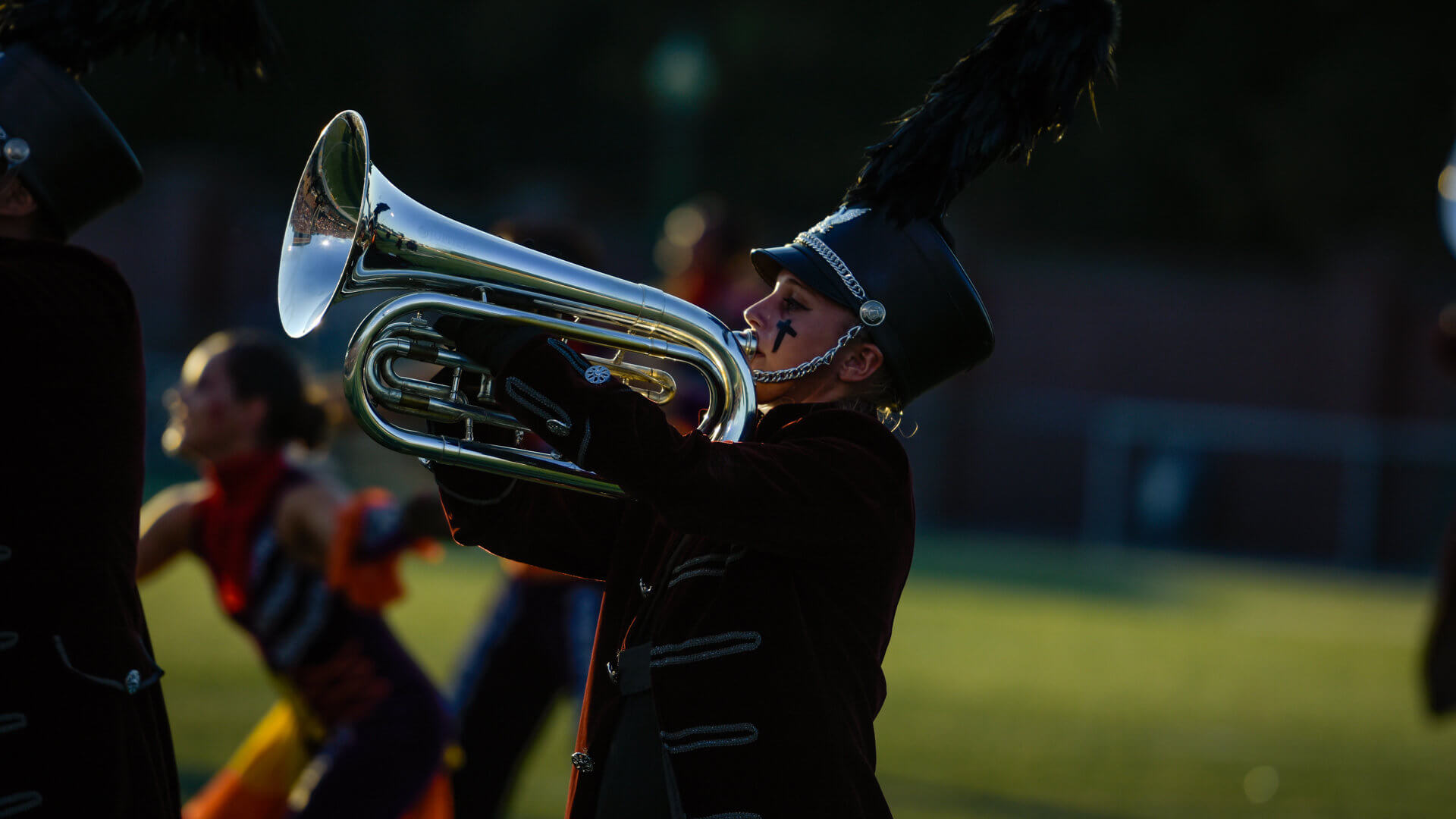 “It was a lot of hyping us up, getting us excited to get out there and trying to be better than we were the day before like we’ve been trying to do all season,” Johnson said.For Louisiana Stars (9th, 67.300), Tuesday was a night corps members will never forget as they performed in their first-ever Open Class Finals. The corps was honored during the awards ceremony as the Most Improved Open Class Corps of 2016. “It was absolutely a dream come true,” Louisiana Stars director Neil Simon said. “When we started this group in 2014 we didn’t know how many years it would be before we were able to participate in the DCI Open Class Prelims and Finals, so in our third year, this is absolutely a treat.”The Raiders increased its final score from Prelims night by just over a tenth of a point to land them in 10th place with a score of 66.825.“It’s a little emotional,” Raiders drum line section leader Kyler Stiffler said. “I’m trying not to cry because it’s my age-out year. It’s very overwhelming still after four years. I’ve been here for four years and helped build the program up.”Like the Louisiana Stars, Guardians (11th, 64.450) also performed in its first Open Class Finals on Tuesday night. 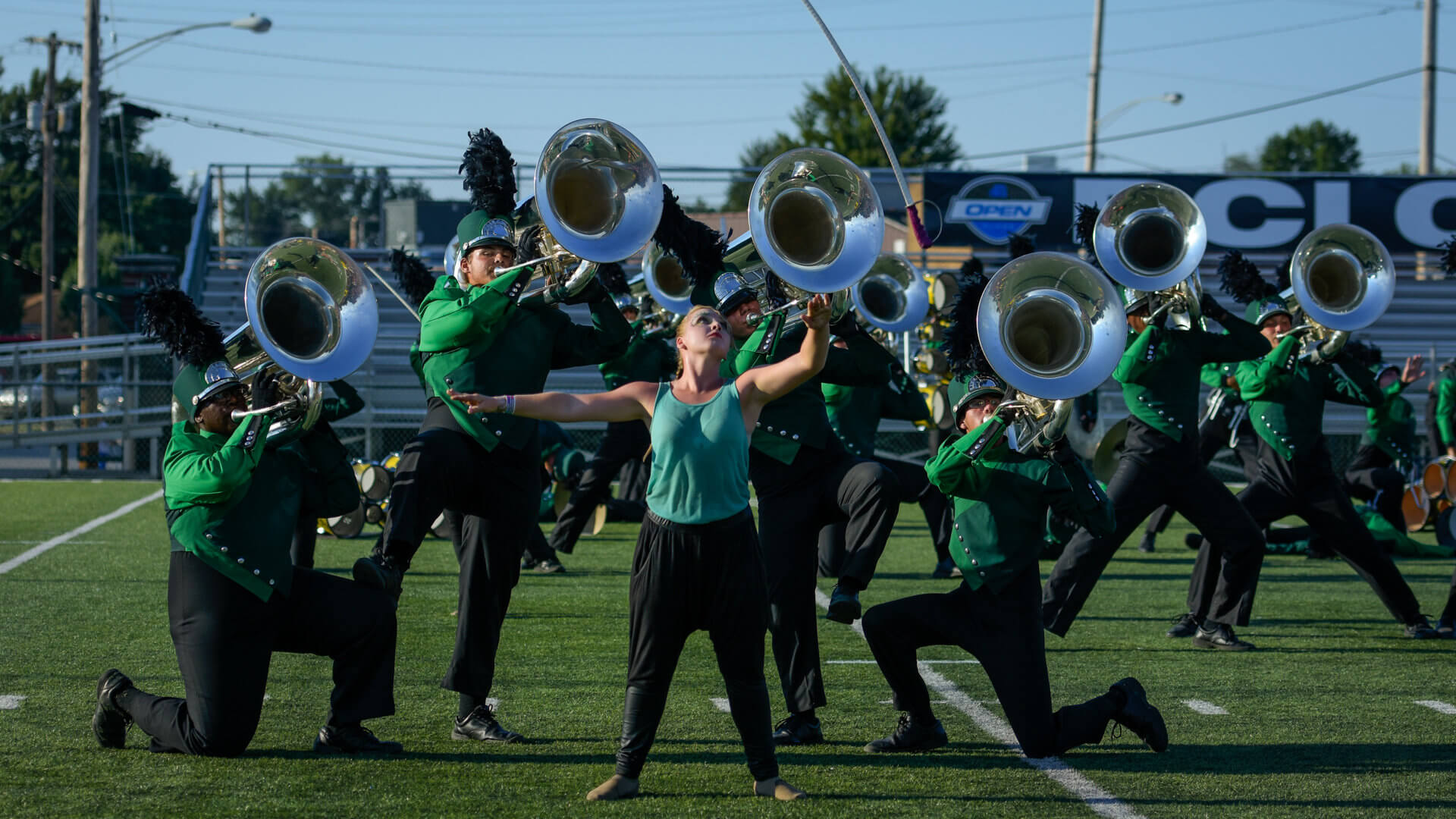 “It’s insane,” Guardians drum major Ashton Soufje said. “It’s crazy to believe that four years ago they never thought it would happen this soon. And here we are with a full corps in Michigan City.Members of River City Rhythm (12th, 63.600) reflected back on their season once the corps’ performance was over. “It hasn’t been easy because we’re a part-time corps, so it was a lot of meeting on the weekends for us,” drum major Devon Lawrence said. “But we still pushed through and got an awesome show on the field."

The 12 Open Class finalists in addition to the four corps that did not advance from Monday's Prelims (Shadow, Impulse, Colt Cadets, Les Stentors) will now all have the opportunity to head to Indianapolis to compete at the DCI World Championship Prelims. The 38-corps event will kick off at 9 a.m. on Thursday, August 11.