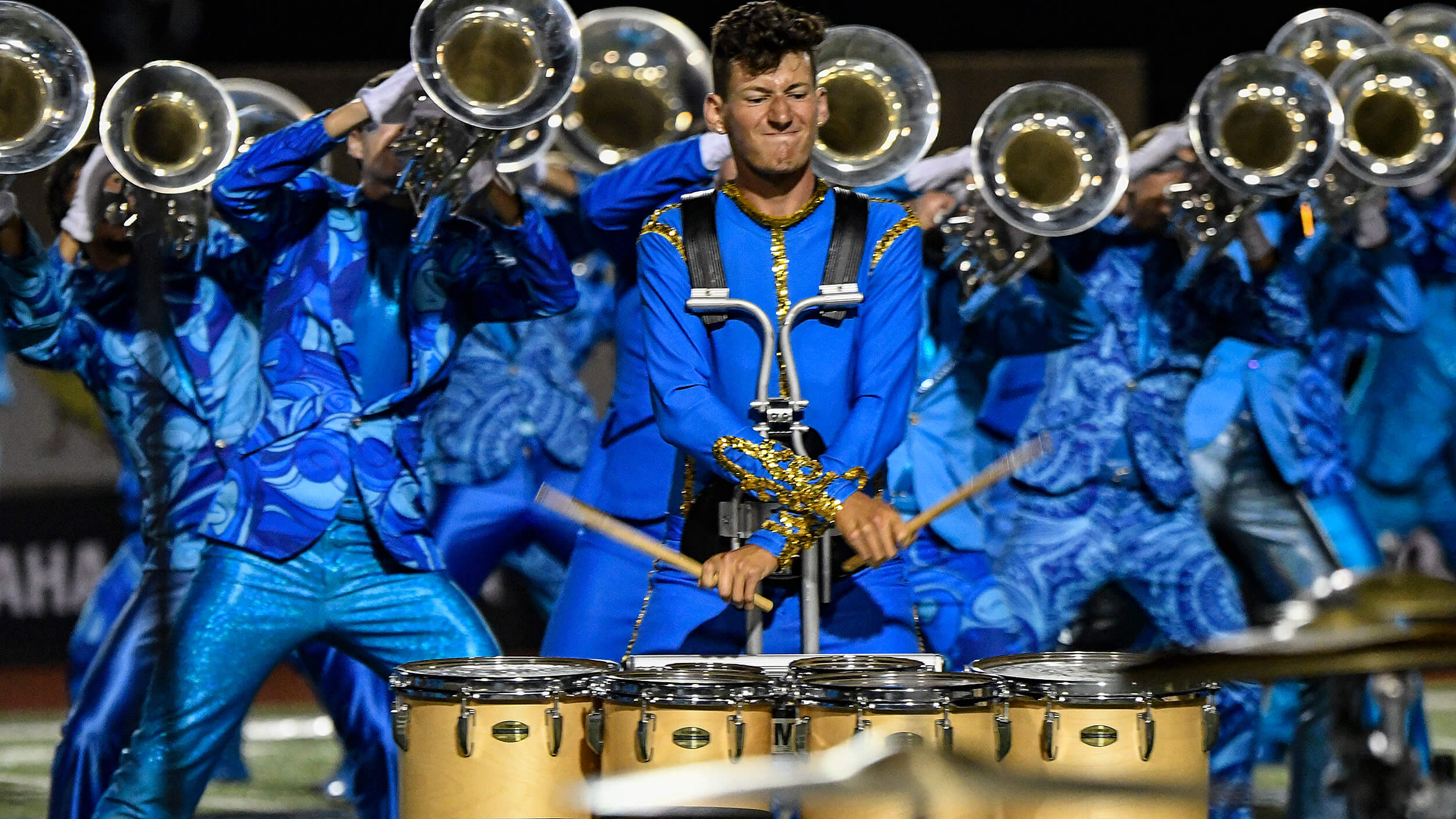 ALLENTOWN, Pa. — Fresh off of a trip to the corps’ hometown for National Football League Hall of Fame Game festivities, Bluecoats jumped right back into the fray on the DCI Tour, ready to make a statement.

The Canton, Ohio corps returned to the top of the leaderboard for the first time in nearly a week. Entering the final week of the season, with just 0.225 separating the top two — Bluecoats and Blue Devils — Friday’s edition of the DCI Eastern Classic pres. by Big, Loud, & Live has the upcoming week in Indianapolis set up to be one for the books.

View all scores from Friday night in Allentown 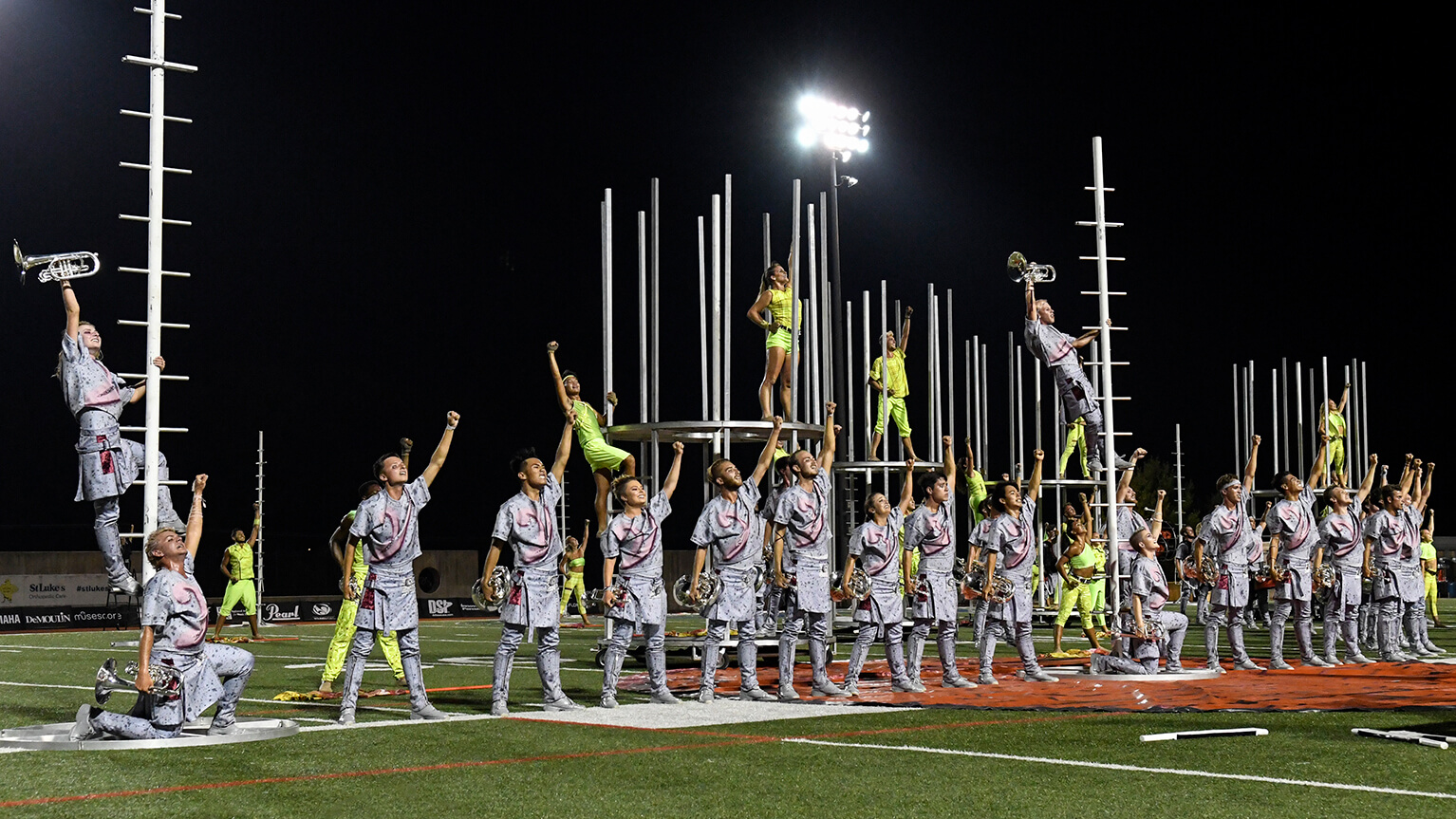 Bluecoats soared back to the top of the scoresheets thanks to advantages in both general effect and music.

“We’ve had a lot of rehearsal days over the last three or four days where we’ve made some final tweaks and brought up some nuances just trying to make everything (we’re performing) as clear as possible,” Bluecoats artistic director Jon Vanderkolff said. “To us our sign (of success) is the audience, trying to make sure that everything reaches them.”

Bluecoats' recent performance at the Hall of Fame game

“All we do is focus on ourselves,” Blue Devils director Patrick Seidling said. “I know that sounds cliche, but that’s really how the Blue Devils have maintained our level of success over 40 some years. They allow us 100 points, and we’re going to try to get every single one of them.

“Certainly we admire and it’s really fun to see the groups in our competitive zone having great seasons, and obviously that’s really fun for our fans, but you know, we never shy away from a good game, so game on.”

After pulling within four tenths of its northern California rival last weekend in Atlanta, the gap between Santa Clara Vanguard and the Blue Devils widened to the largest it’s been so far this summer in Allentown. Vanguard managed to edge ahead of the Devils in the music caption, once again taking first in percussion and second overall.

Vanguard's push to the finish line 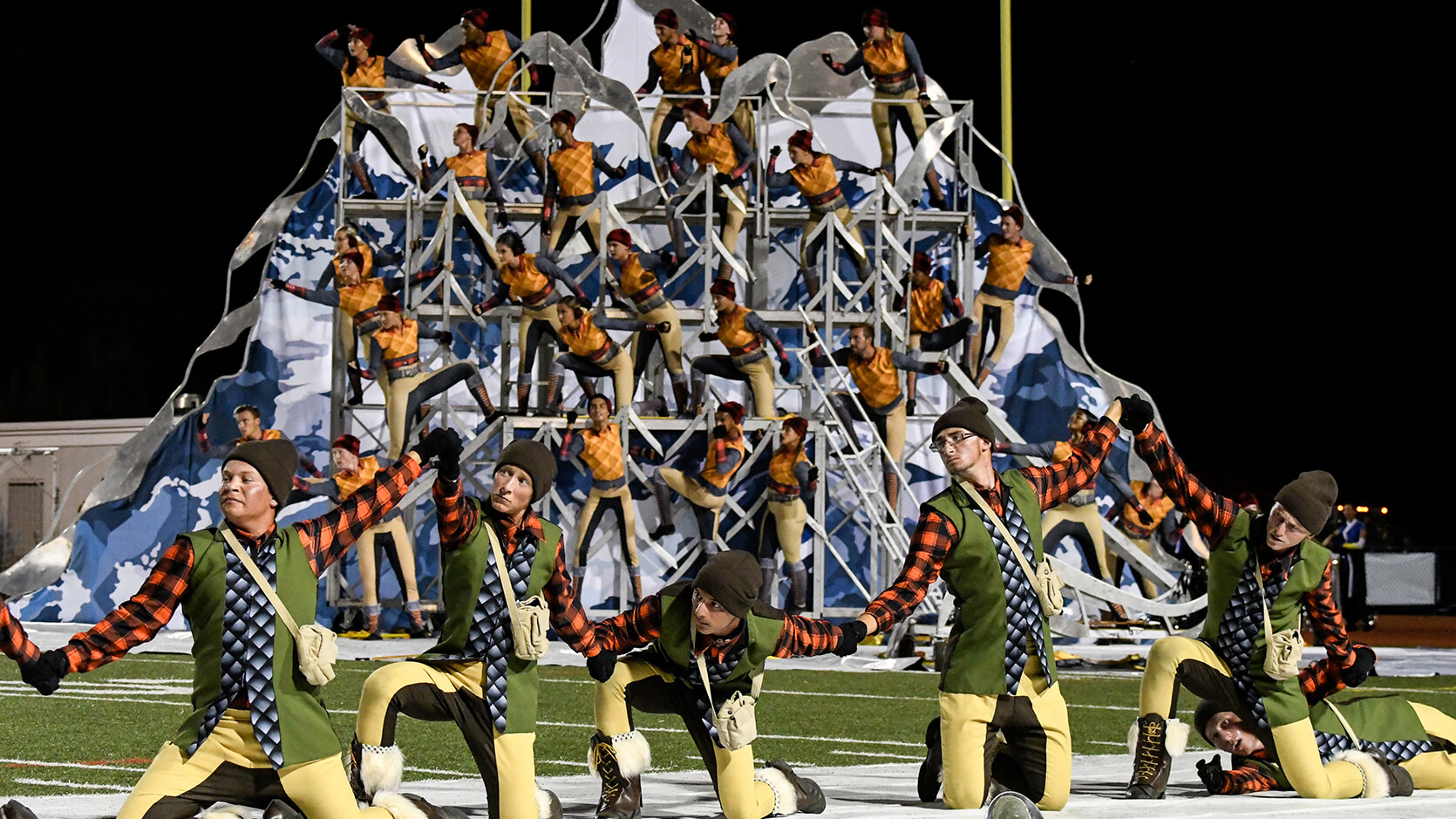 Blue Knights used a strong lead in music to make up for head-to-head losses in visual and general effect and increase its streak of wins against the Blue Stars to five on the season. The two have never been split by more than a point this summer.

2019 has been shaping up to be a banner year for the Denver corps and Blue Knights executive director Mark Arnold says that much of the corps’ success to date is a result of the buy-in from the performers in bringing their “...I Remember Everything” production to life.

More on "...I Remember Everything"

“What’s great about our show this year is it takes a total commitment from the members musically and emotionally to make this show what it is,” Arnold said. “The show is really dependent on the individual performance of the performer. They’re really stepping up to it.” 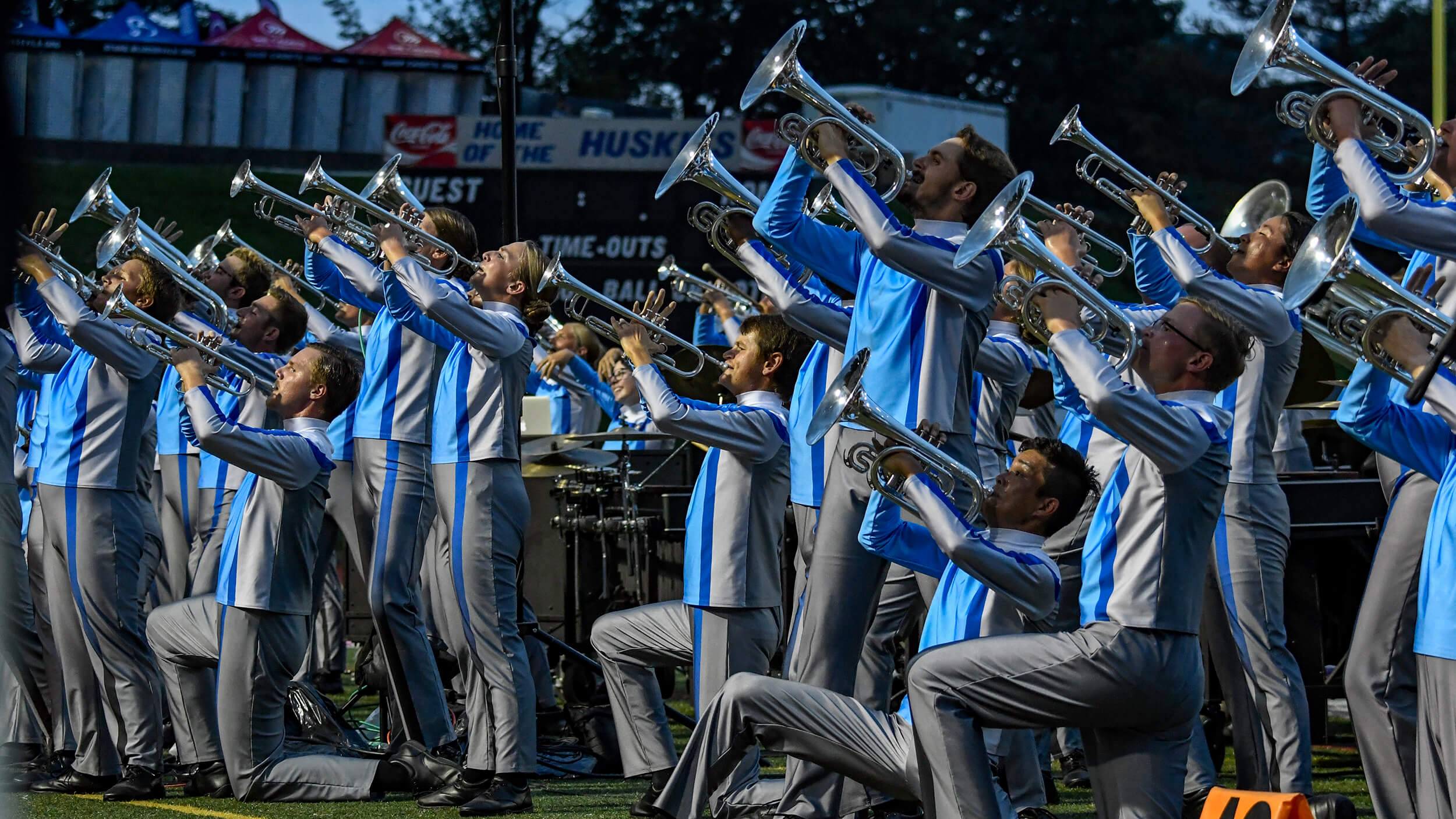 The Academy kept its strong advantage over Madison Scouts once again, defeating the Wisconsin corps across the board in all captions except percussion. The Arizona corps posted especially strong numbers in the visual captions.

Madison Scouts nearly eclipsed 80 points for the first time this season while keeping a solid advantage over Troopers. Madison defeated the Wyoming corps in most captions other than percussion, and used particularly strong scores to earn their third straight head-to-head win over Troopers, by the largest margin during that stretch.

“A great crowd here tonight, they have a full appreciation of the fact that they watched a Madison Scouts show that is representative of Madison dirt, going all the way back to 1938,” Scouts artistic director Jim Elvord said proudly after touting the four standing ovations his corps received from the audience. “We pulled elements from the original corps and updated them, and the crowd loved it.” 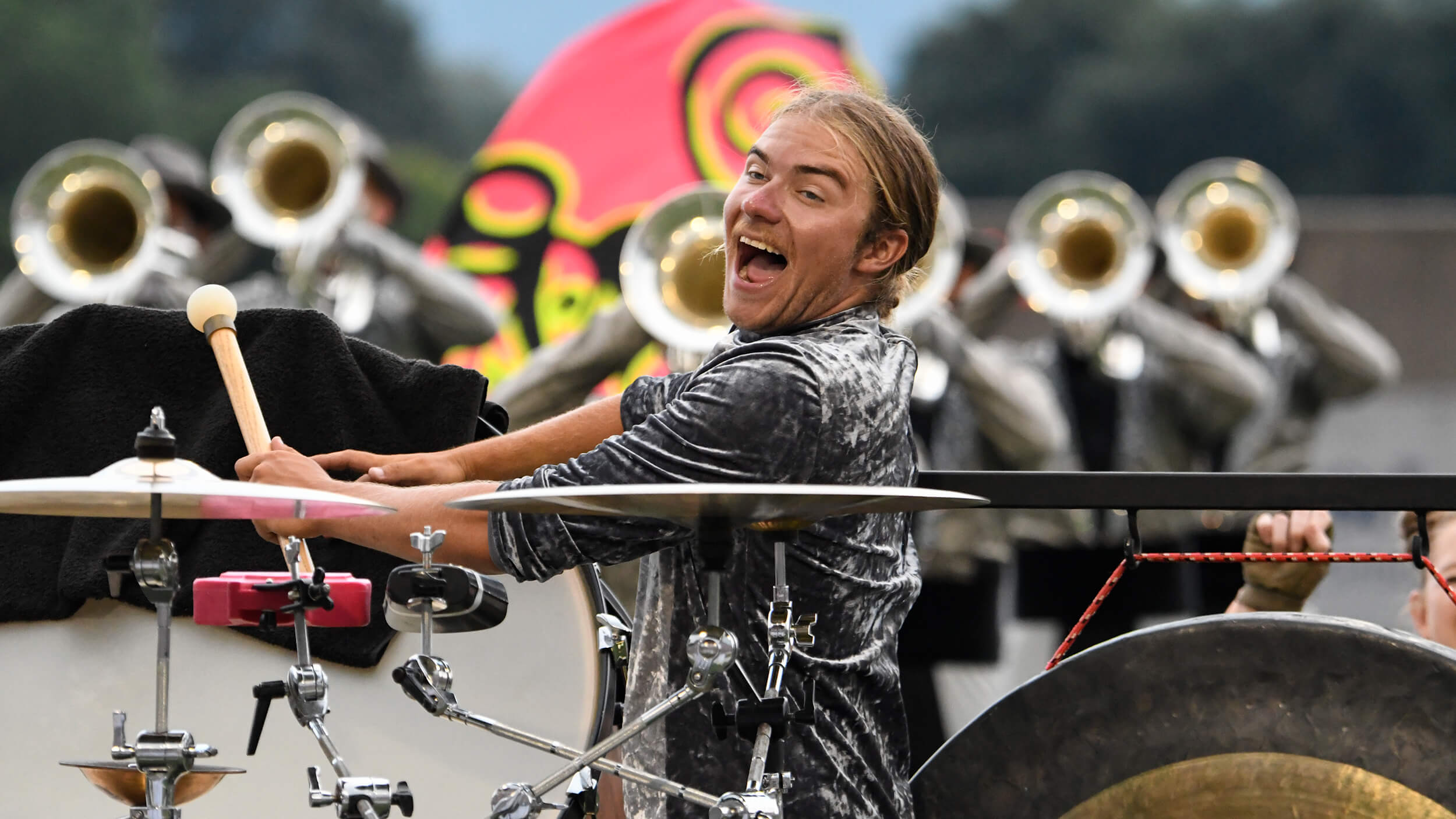 Genesis opened up its widest lead on Music City in nearly two years, sweeping the Nashville corps in all captions and finishing ahead of Madison Scouts in visual proficiency. The two were separated by just three tenths a week ago in Atlanta.

“Having all of them on the field and looking up to ‘J. Birney Crum Stadium’ on the press box was a sight to see, a great feeling,” Ramirez said. “Coming here and seeing all these happy faces and getting those claps at the end of the show made their hearts happy." 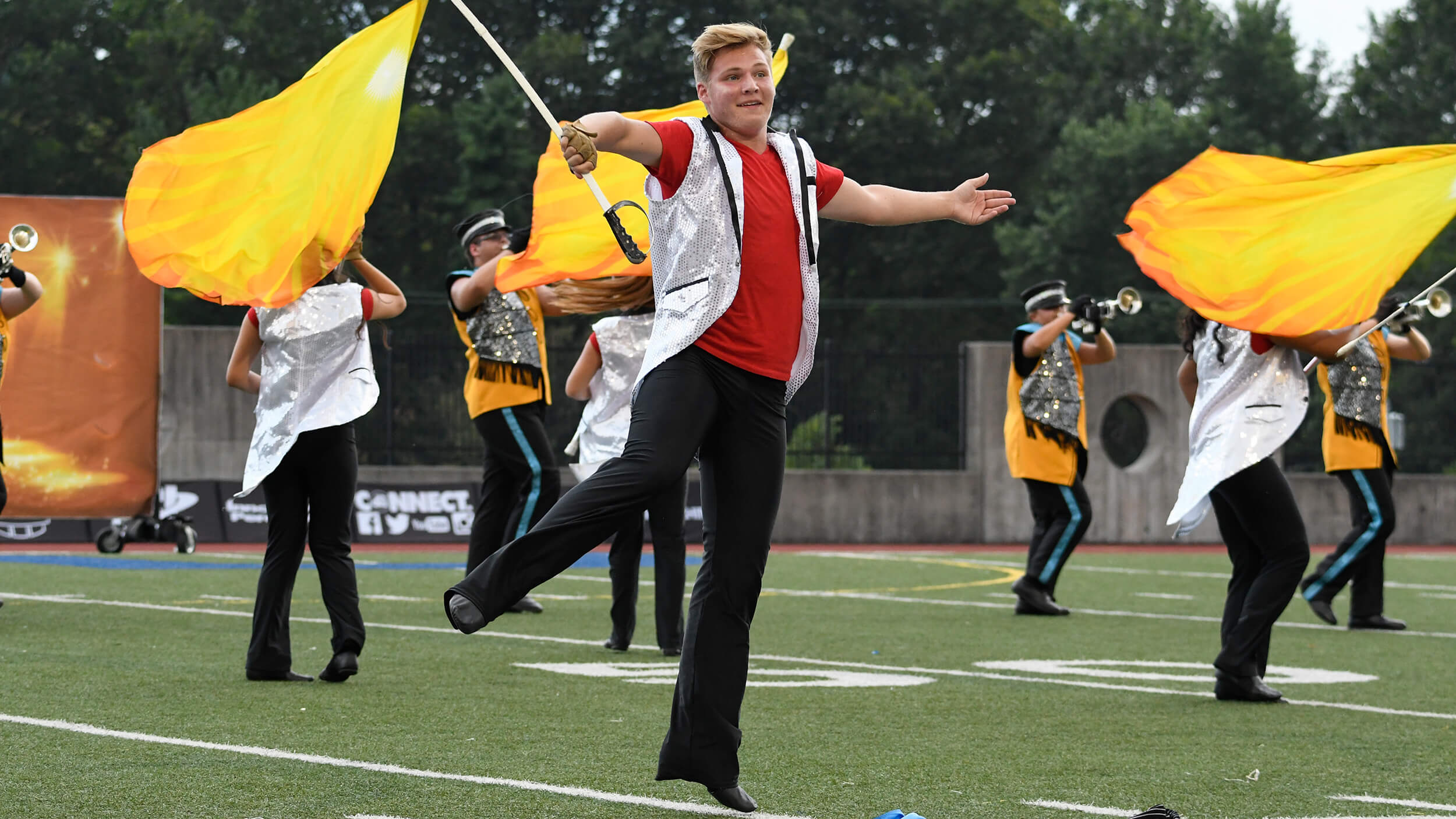 “It was a great show, this was definitely our best run that we’ve had," Encorps drum major Greg Beatty said. "It was a long and hard process, we didn’t know if we were going into Open Class this season, and here we are at DCI East, which is amazing.”