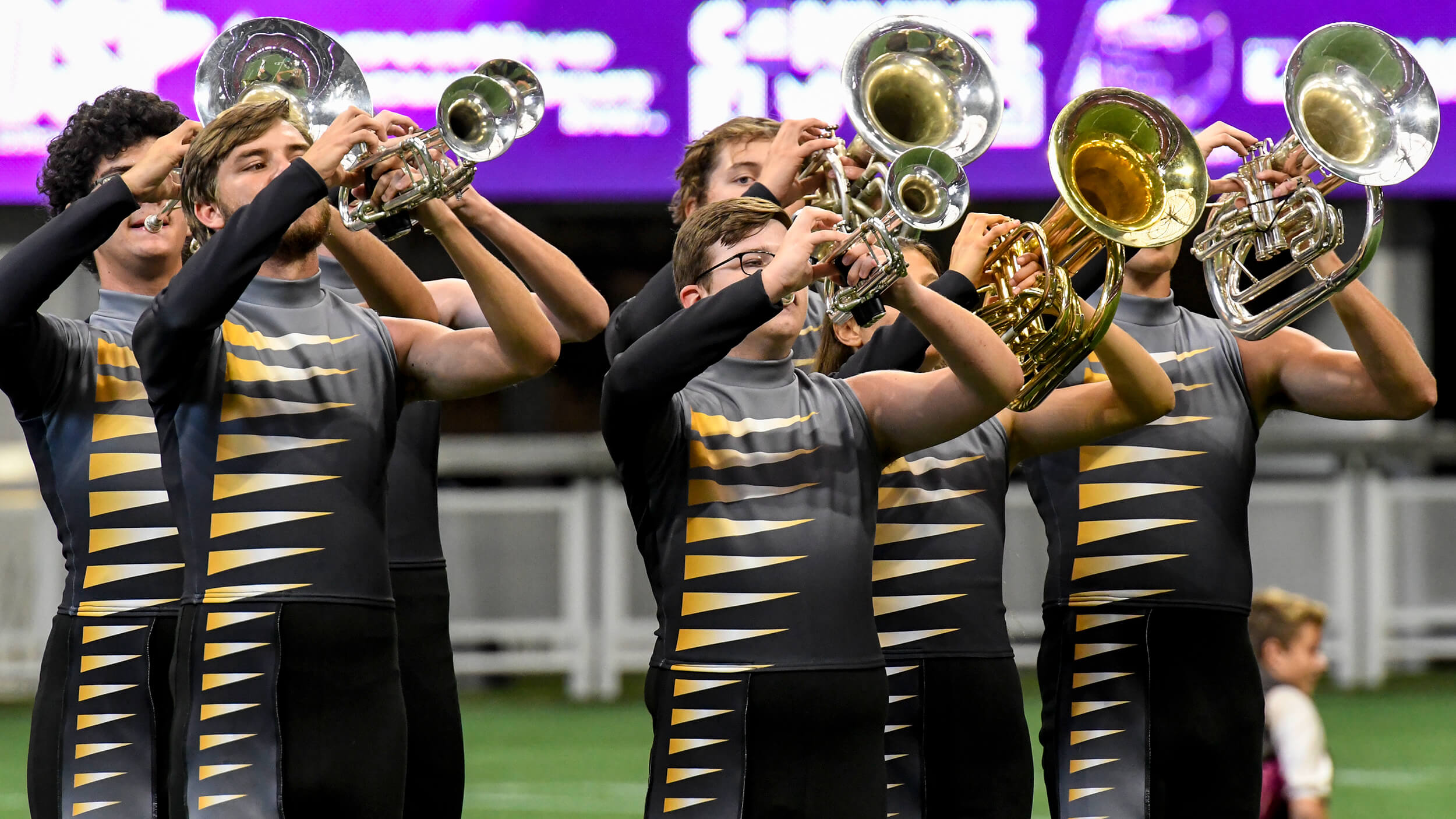 In the ‘A’ class side of DCA Finals competition, Carolina Gold earned its second consecutive title and its third all-time, with a final score of 84.225.

Saturday’s second-place finish marks the corps’ third year in a row earning a top-three spot, an achievement it had never earned prior to 2017.

Rounding out the medal-winners, Hawthorne Caballeros were one of 2019’s biggest movers in DCA’s ranks, jumping from sixth a year ago to third at this year’s Finals. The corps also improved its final score by more than three full points.

Saturday’s placements made it back-to-back years among the top six for both Bushwackers and Fusion Core.

Cincinnati Tradition (7th, 87.375) added a third-consecutive top-eight finish, all in its first three years as an Open Class competitor, and Hurricanes (8th, 84.150) moved up one position from 2018’s ninth-place finish.

The weekend’s ‘A’ Class competition featured four corps, with Carolina Gold earning top marks by more than three full points. Skyliners earned second with a score of 80.825, and earned the ‘A’ Class caption award for percussion. The remaining captions went the way of Carolina Gold.