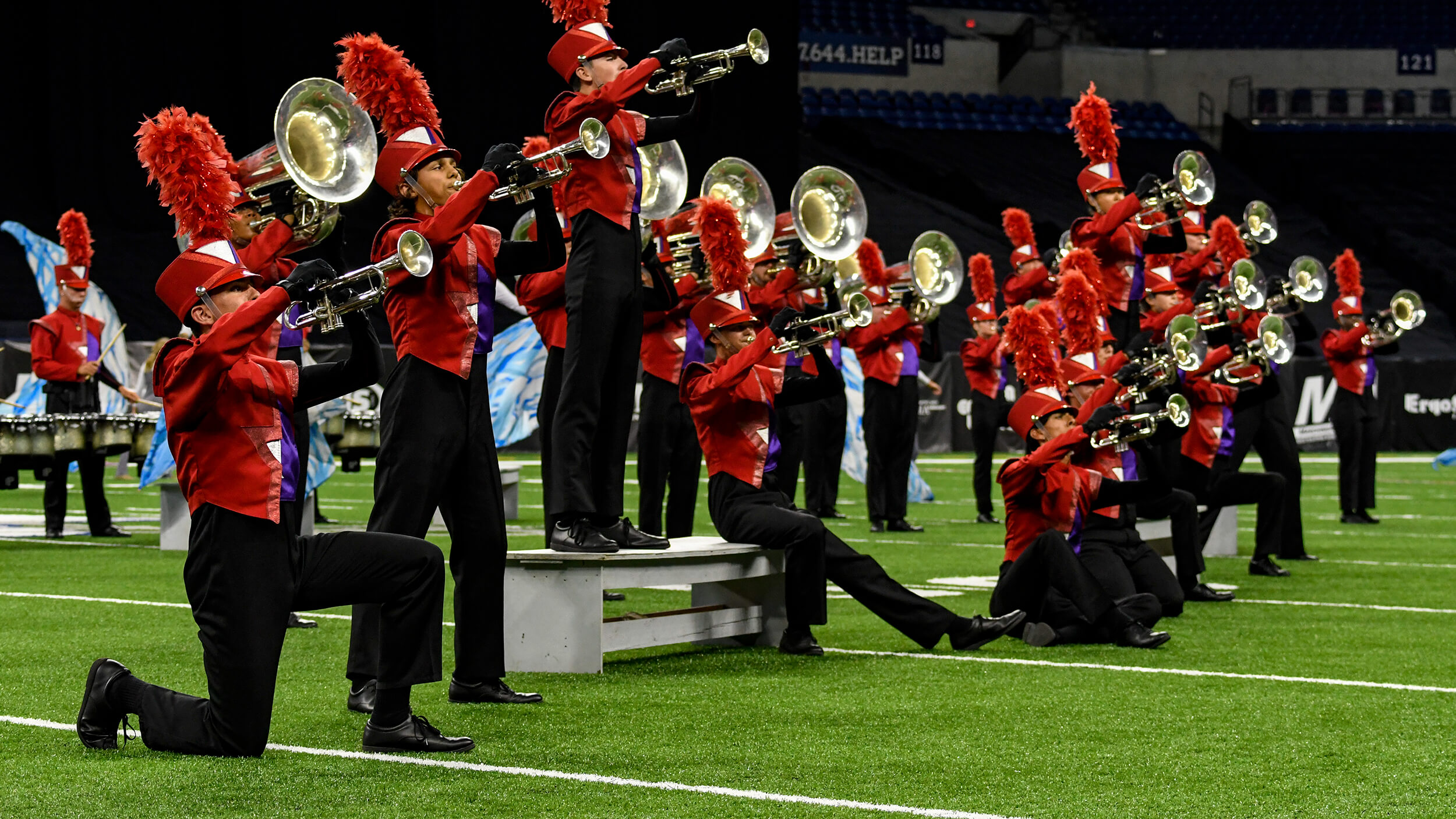 7th Regiment is holding its second rehearsal camp of the month this weekend, May 17-19 in West Haven, Connecticut. The corps has openings in the color guard and for performers who play trumpet, baritone, tuba, bass drum, cymbals, piano, and synth.

Tickets are still available for The Academy’s Memorial Day Season Preview May 27 in Apache Junction, Arizona.

The Battalion has openings in all sections of its brass section. The corps’ final off-season rehearsal camp is this weekend, May 17-19 in Wasatch, Utah.

On Monday, May 27, Blue Devils will perform at a Memorial Day ceremony honoring America's heroes. The performance at Concord, California’s Mt. Diablo High School is part of the annual Bay Area KidFest.

Here’s how to order a copy of the 2018 Blue Knights Alumni 60th anniversary Blu-Ray/DVD, plus a video snippet of the alumni corps performing last summer.

Blue Stars will host and perform at the June 15 March for Music 5K Fun Run in La Crosse, Wisconsin. $10 of every registration will go to a school music program of each runner’s choice.

There are a variety of ways one can volunteer to help out Bluecoats this summer, including fulfilling a need for one of two drivers for a passenger van and a merchandise trailer.

The Cadets have a variety of small and large trailers, buses, and trucks for sale.

Attendees at the June 14 Cavaliers Summer Send-Off event at the Rosemont Theatre in Rosemont, Illinois will get an exclusive look at the corps’ 2019 uniforms and enjoy a performance of the corps’ 2019 production and encore music. This is the only chance to see the corps in the Midwest before The Cavaliers leave for California.

Crossmen is holding spring training through June 16 at the Blossom Athletic Center in San Antonio, Texas.

Encorps has immediate color guard openings. Those interested should attend the corps’ May 18-19 rehearsal camp in South Brunswick, New Jersey.

Genesis has immediate openings for one mellophone and one tuba player, three color guard members, and one athletic training intern.

Gold will be holding a full-corps rehearsal camp May 18-19 at the Kearny Mesa Recreation Center in San Diego, California. Video auditions are still available for open positions in the brass line and color guard.

This weekend, May 17-19, is Heat Wave’s final camp before spring training. Brass and color guard positions are still available. Video auditions are still being accepted for these spots.

The GoFundMe page is still open to help replace the $25,000 worth of equipment that was stolen from Impulse’s storage facility.

Louisiana Stars has announced the corps’ 2019 competitive production, “Break.” Check out this video to learn about the origins of the show’s musical selections.

All funds raised from the proceeds of Music City’s annual raffle help to underwrite the corps’ annual expenses.

Amy Lupsha, a third-year Pacific Crest cymbal player, was honored this week with an an arts scholarship from the Diamond Bar Women’s Club.

All fans are invited to attend Phantom Regiment’s annual dress rehearsal on June 15 in Stillman Valley, Illinois, during which the corps will unveil its 2019 uniforms.

River City Rhythm’s May 24-27 audition camp in Cokato, Minnesota will be the last chance to try out for the corps’ limited horn line and color guard positions.

Those who sign up to volunteer at DCI West on June 22 in Stanford, California, will receive a free ticket to see the show.

Seattle Cascades will hold a rehearsal camp May 24-27 in Bonney Lake, Washington with a special Friends and Family lunch on Memorial Day that will include a sneak peek at the corps’ 2019 production, “Off the Grid." The corps has a few openings for tuba players and color guard members.

Shadow is seeking a medical professional to tour with the corps between June 21 and August 11. This paid position includes a variety of responsibilities.

You can volunteer to help out Spirit of Atlanta this year by filling out a very brief form.

Watchmen has a few opportunities for prospective members, including one mallet keyboard position in the front ensemble, one bass drum and two cymbals, plus openings in all sections of the brass line and color guard. For locals, there is an audition camp this weekend, May 18-19, in Bloomington, California.