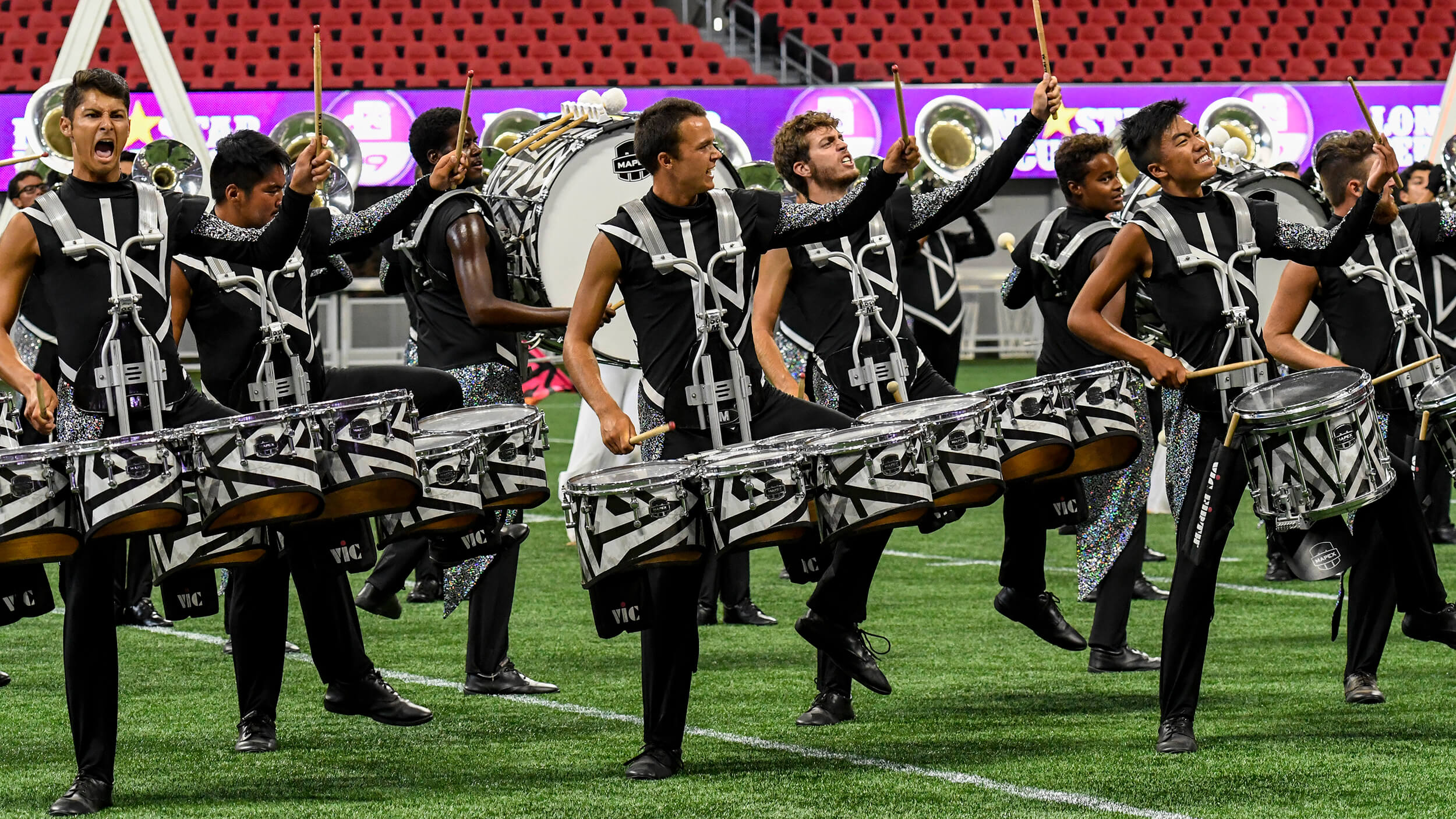 This week The Academy announced the members of its 2020 percussion staff, led by caption manager/arranger Cisco Hance.

No experience is needed to join Blue Devils C. Bay Area students are invited to attend the 2020 open house on November 14 in Concord, California.

Now is the time to contribute to Blue Stars’ kitchen trailer fundraiser, as corps super-volunteer Tom Volk has issued a $100,000 matching challenge for the campaign’s final days.

The Canton, Ohio corps has a large amount of flags and costumes for sale from various indoor and outdoor seasons, as well as props and Yamaha percussion and brass instruments.

A free Cadets educational workshop will be offered November 9 during the USBands National Championships at MetLife Stadium in East Rutherford, New Jersey. This isn't an audition event, but it is an opportunity for prospective members to learn about the audition process.

Carolina Crown is seeking photographs of Moe Smith in celebration of her 30 years of service to the corps. Tickets are still available to her retirement party November 8 in Charlotte, North Carolina.

Colts auditions for the 2020 season begin on November 22 in Dubuque, Iowa.

Colt Cadets named the members of the corps' 2020 design staff and caption heads. "We've had lots of great discussions about what we want the 2020 Colt Cadets to be and we're already working hard to build a show that everyone can be proud of," director Rich Waddington said.

Mike Keller will serve as Encorps’ battery percussion caption head for 2020. He will be joined by new battery arranger/designer Rob Weidamoyer, currently the creative designer for Imperial Dynasty Indoor percussion. Both will be at the corps’ November 17 experience day in South Brunswick, New Jersey.

Guardians announced Tony Mencio, a former horn sergeant for Santa Clara Vanguard, will be the corps' visual caption head for the 2020 season.

Incognito is recruiting vocalists, a visual ensemble, and percussionists for its 2020 indoor percussion production, “The Depths.”

Just a handful of days remains to assist Jersey Surf in its $30k in 30 Days fundraising challenge.

Led by caption head Ross Gordon, Madison Scouts announced all of the members of the corps' 2020 brass instructional team.

A Mandarins-presented drum line helped fire up crowds during the season-opener of the NBA's Sacramento Kings.

Those interested in auditioning for Music City in 2020 are encouraged to join the corps’ audition page and pay for their audition experience prior to filling out their registration form.

After the corps’ best season ever, the Pacific Crest percussion education leadership team will be returning for 2020, with a few key additions to the staff.

After more than 13 years in the position, Phantom Regiment executive director Rick Valenzuela will step down from the job. “While leading this storied organization has been a labor of love, it is a challenging role,” Valenzuela said. “I’ve been looking for the right time to make a change and, with the organization’s renewed commitment to its talent-rich staff, now seems to be that opportunity.” Regiment's board of directors will be interviewing candidates to fill the position during the transition period.

In a new recruitment video, color guard member Natalia Veitia explains why you should audition for the corps and experience the "Vanguard magic" for yourself.

In addition to previously announced educational clinics and auditions in Dallas and St Louis, Seattle Cascades will host events in the Portland area on November 16 and Spokane on November 24.

DJ Fitzgerald will be leading Southwind’s 2020 visual team after serving on the corps’ staff for the past four seasons. “Visually speaking, DJ’s leadership means we’ll reach new heights on the field," corps director Lawrence LeClaire said. "This year, by all indications, is shaping up to be our strongest yet.”

Audition camps for the 2020 Spirit of Atlanta corps start this month in Atlanta. Here’s how to register for the first camp and following ones in December in Georgia, Texas, and Tennessee.

Troopers announced the members of its 2020 color guard staff, led by caption manager Samantha Madayag. Corps director Kristy Jackson says, “I am very excited to welcome these talented individuals to the Troopers instructional team. The experience and dedication they have for their craft will be of enormous benefit to the young people looking to fulfill their marching dreams.”