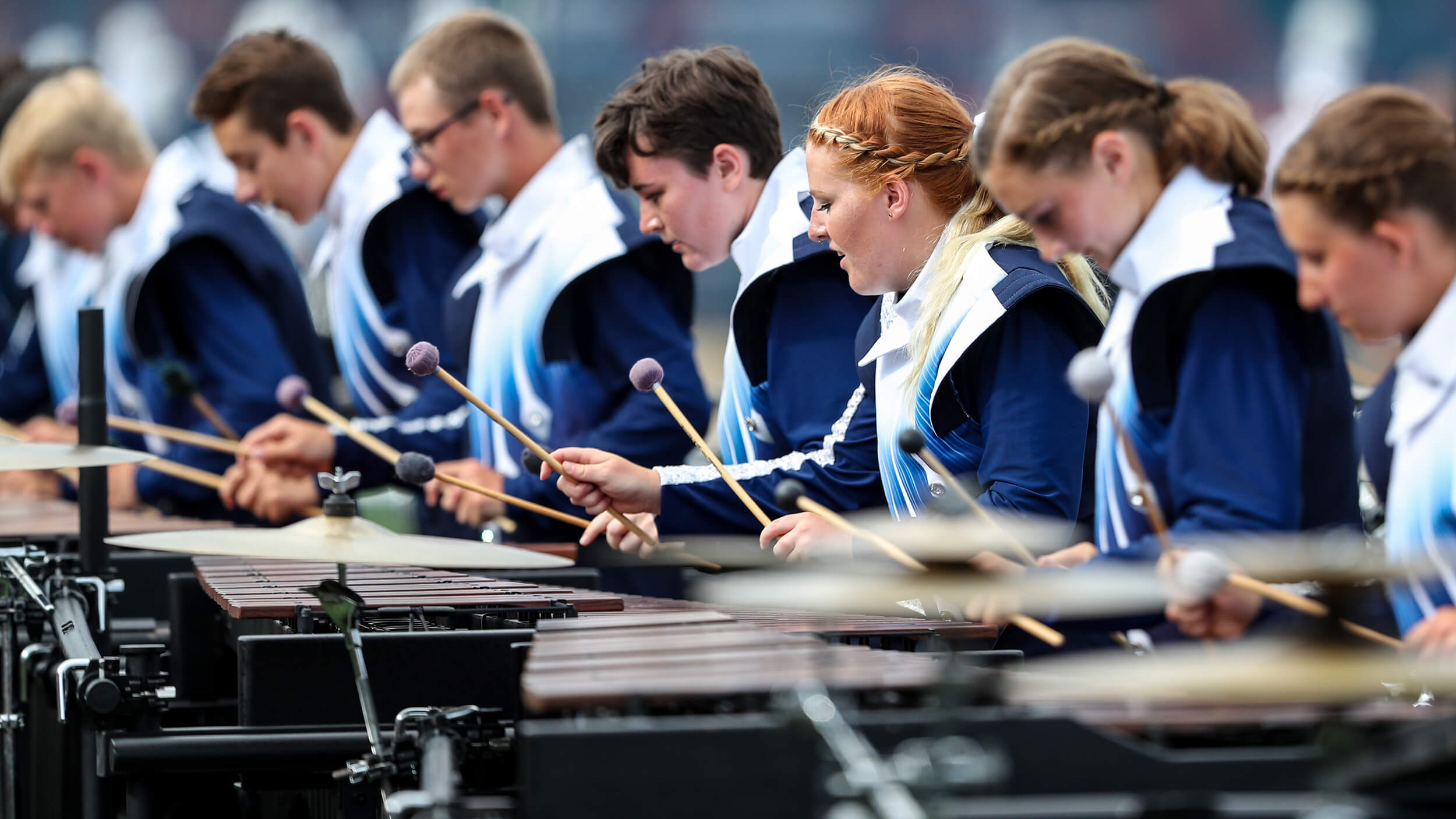 Registration for all Battalion BEX educational clinics and auditions is now open. The first such event will be held November 29-30 in Denver.

Video auditions for Blue Devils’ 2020 battery percussion will be accepted until November 21.

The Blue Knights BKX20 SoCal one-day audition for all sections previously scheduled on November 17 for Murrietta, California has been moved to Downey, California.

Round one of Blue Stars conductor auditions will be conducted via video submissions, with top candidates invited to the corps’ January audition camp.

Bluecoats has four Yamaha Xeno trumpets used during the corps' 2019 season at the bargain price of $1750 each.

Audition/educational clinic events for those interested in joining The Cadets are coming up November 23-24 in both Houston and Philadelphia.

Ugly is in the eye of the beholder, and for the past five years, Carolina Crown has celebrated ugliness with a custom CrownUglySweater. This year the corps recognizes this unique souvenir item with a commemorative ugly sweater emblazoned with each of the prior years of ugly sweaters. For only $30, you can be the hit (or pariah) at Christmas parties.

If you’re interested in auditioning for The Cavaliers’ horn line and happen to be at the Bands of America Grand Nationals in Indianapolis this weekend, stop by booth #37 to meet the corps’ brass caption leadership and to arrange for an audition.

The Colts organization has created an alumni database from over 50 years of files and databases and is asking for assistance with additions and changes.

Dillon Miller, Columbians’ corps director, program coordinator, and drill designer, has been with the corps since its inception in 2013. Learn more about his background, including in which DCI World Championship corps he marched.

Crossmen is in need of volunteers for the corps’ November 22-24 audition camp in Dallas.

Guardians welcomes back Jeremiah Jones as percussion caption head for the 2020 season. Joining him is a team of new and familiar faces.

Heat Wave will have a recruiting booth Saturday, November 16 at the Florida State Marching Band Championships in Riverview.

Impulse has added an audition opportunity December 14 in Goodyear, Arizona.

It’s not too late to register for 2020 Legends auditions that begin November 22-24.

Les Stentors is holding a banquet on November 23 in Sherbrooke, Quebec to celebrate its 2019 season. Attendance is open to members and their parents, instructors, sponsors and donors, volunteers, and friends.

Madison Scouts and its parent organization Forward Performing Arts offers Forward Leadership, a program for students of all skill levels who wish to benefit from learning critical leadership skills and how to influence the culture of any group.

Mandarins is seeking 100 donors during the month of November to give $1,000 to close a $100k funding gap to finish building renovations for the corps’ new Mandarins Music Center.

Shane Gwaltney has been named Music City's new program coordinator. “Expect a new drum corps. Expect a new identity. Expect a new culture. Expect boldness," he said. "Comfortably fearless is a mindset we will adopt as we move forward.”

Here’s all the information one needs to register to audition for the Pacific Crest's front ensemble.

For a limited time, prospective members may attend for free the December 6-8 Raiders open house in Millville, New Jersey.

Meet all the members of River City Rhythm’s 2020 design team.

If you live anywhere near Dallas, San Jose or Los Angeles, Santa Clara Vanguard would love to have you volunteer on the food truck crew for one of its upcoming audition events, even if it’s just for a few hours.

Seattle Cascades is looking for individuals with a current CPR/AED/first aid certification for a paid position with the corps’ health and wellness team.

Southwind has a new brass caption head in R. Paris Foreman, who most recently served as brass caption head for Music City the past two seasons. “With his incredible leadership and knack for building strong programs, we have a lot of excitement and momentum working for us in the coming season,” says corps director Lawrence LeClaire.

Andy Kim will be leading Spartans' 2020 percussion staff as caption head and battery arranger, with Mark Sachetta serving as front ensemble manager. See who else will be serving on the staff as the corps defends its title as DCI Open Class Champion.

Spirit of Atlanta’s November audition camp will be held November 22-24 in at Luella High School in Locust Grove, Georgia.

Lauren Teel will be leading Troopers’ 2020 percussion section, comprised of new and returning members. “I am pleased to work with all of our returning staff members, and would like to convey a warm welcome to those joining the team for the first time,” director Kristy Jackson said.