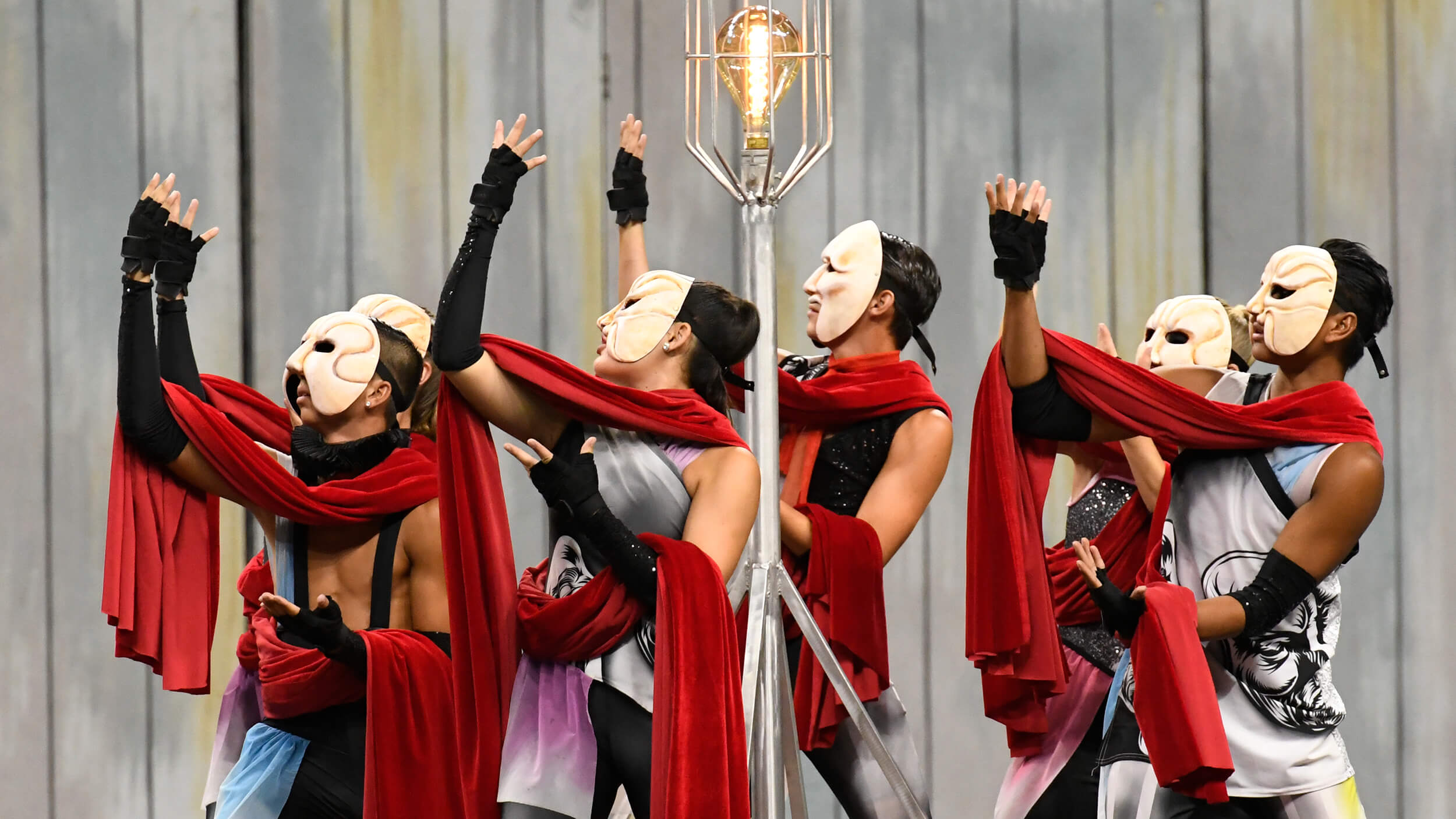 7th Regiment’s rehearsals in April and the corps’ May 9 mini-camp have been suspended.

Registration for The Academy’s Virtual 5K Run has been extended. It’s a perfect opportunity to get healthier while working on one’s social distancing, plus profits benefit the corps.

Despite cancelling the corps’ March brass camp, The Battalion remains hopeful for the season ahead and is working out details for future rehearsals.

As all are encouraged to wash their hands to help mitigate the effects of COVID-19, to that end, Blue Devils has launched a series titled, “Vids to wash by.” Fans are encouraged to submit their favorite clips as well.

Take a look back to 2009, when Blue Devils B won its very first World Championship title in the history of the organization.

Bluecoats is in preparation to hold April rehearsals in the cloud. In the meantime, the corps is doing something to help everyone have some fun during this difficult time. Until now, Marched Madness, a bracket-style tournament featuring head-to-head segments from the corps’ past shows, has only been available to corps alumni. But now everyone can join in.

More than 80 members took part in The Cadets’ virtual camp last weekend. In addition to working with all of the group's brass faculty online, corps members were also able to have sessions with a visual staff member and work with a designer during part of another session. “I think the members are quite invested in what we are doing with The Cadets' brass,” said first-year brass caption manager Matt Stratton. “With an uncertain 2020 season, I’m certain Cadets brass is laying a foundation for long-term success.”

Carolina Crown’s April rehearsal camp has been moved to an online format. “The main priority of the Crown organization has always been, and will continue to be during these adjusting times, the health and safety of our participants,”said Jim Coates, CEO/Executive Director of Carolina Crown.

As The Cavaliers have suspended all activities for the next eight weeks, and as such will not be rehearsing in person in April and May. A number of online activities are being planned for members.

April rehearsal camps for both Colts and Colt Cadets have been cancelled, and the corps’ office is closed through April 5. Members of both corps will receive further information regarding alternative rehearsal plans. Video auditions for Colts are still being accepted.

With all schools in the State of Washington being closed through April 24 by order of the state’s governor, Columbians will not be holding any rehearsals in March or April.

The Crossmen April rehearsal camp is cancelled. Natalie Steele, corps director, offers thoughts that can be shared by managements and staffs of all drum corps. “These are truly uncharted times and we're learning right alongside you as we navigate COVID–19 together. We are proud of the swift decisions must make in the face of diversity, and know we will always do what's best for our Crossmen community.”

Get your inner goth on with this collection of black apparel in Gold’s recently added online shop.

Golden Empire is following the policies set in place by DCI and Bakersfield College regarding the COVID-19 pandemic.

Not only is the Guardians March 27-29 brass-only rehearsal camp cancelled, but so is the corps’ April full-corps camp. Instead, the corps will be utilizing virtual classrooms/video technology and will soon be presenting updated info on audition and camp registration.

In one of the more unique donation opportunities there is in drum corps, Heat Wave presents a chance for fans to sponsor the purchase of a drum harness. Donors will receive recognition three different ways.

In response to the current pandemic, Impulse corps director Aaron Zeilinger made a video explaining the corps’ plans for the foreseeable future.

With travel and gathering restrictions due to the COVID-19 pandemic, last weekend Jersey Surf became one of the first corps to take its rehearsal camp into an online format.

Legends will not be holding its in-person April 24-26 rehearsal camp, but is instead planning on holding a remote online learning lab throughout the weekend. All remaining auditions for open positions will be conducted via video.

Both Louisiana Stars’ April 24-26 brass and color guard rehearsal camp and the corps’ May 2-3 percussion camp are now cancelled. Members are asked to await further instructions regarding pre-season preparations.

Madison Scouts will not be holding its April 24-26 rehearsal weekend.

In addition to having previously cancelled its March rehearsal camp, Mandarins has also canceled its April rehearsal weekend. “Our team continues to plan for an exciting and successful 2020 drum corps season. While we know that we can’t control the environment that we live in, we are optimistic that this situation will pass and that we can return to normalcy," said Jim Tabuchi, Mandarins president and CEO.

You should take a look at this photo Music City posted Thursday in response to the current health concerns plaguing the world and our activity. Seriously, check it out and feel better about our collective future.

Learn about the history of Phantom Regiment in this video "told by those who were there when it all started, and those who helped guide us through the first 50 years."

You may not know you need it, but you’ll feel better after watching this video clip of Raiders’ battery percussion warming up before the corps’ performance in Plymouth, Indiana last July.

The River City Rhythm April 24-26 rehearsal camp in Waseca, Minnesota is cancelled. There will be alternative audition opportunities announced in the future and refunds for those who have already paid for the April weekend event.

The Santa Clara Vanguard in-person April rehearsal camp is cancelled. The corps’ staff will be working with members via teleconferencing and other online opportunities.

Here is how you can help Seattle Cascades replace aging musical instruments, feed the corps on the national tour, aid in refurbishing the food truck, or make a general donation.

Follow an update from the Center for Disease Control, Shadow is providing video assignments in lieu of conducting its previously scheduled April rehearsal camp.

Alums of Southwind are encouraged to purchase a TED Diamond that will be displayed on the side of the corps’ equipment truck, complete with the donor’s name, their section, and the years they marched.

In recognition of current health developments, Spartans has cancelled the corps’ April rehearsal camps and all fundraising activities, including bingo, the corps’ annual Card Room fundraiser, and the annual Spring Carnival.

The April Spirit of Atlanta rehearsal camp at Luella High School has been cancelled.

Troopers’ April rehearsal camp has been cancelled. Details will be forthcoming regarding a digital alternative.

The Vanguard Cadets April rehearsal camp will be conducted online. The organization is asking fans to donate to Vanguard Music and Performing Arts, especially as the ever-important bingo operation has been cancelled for the time being.