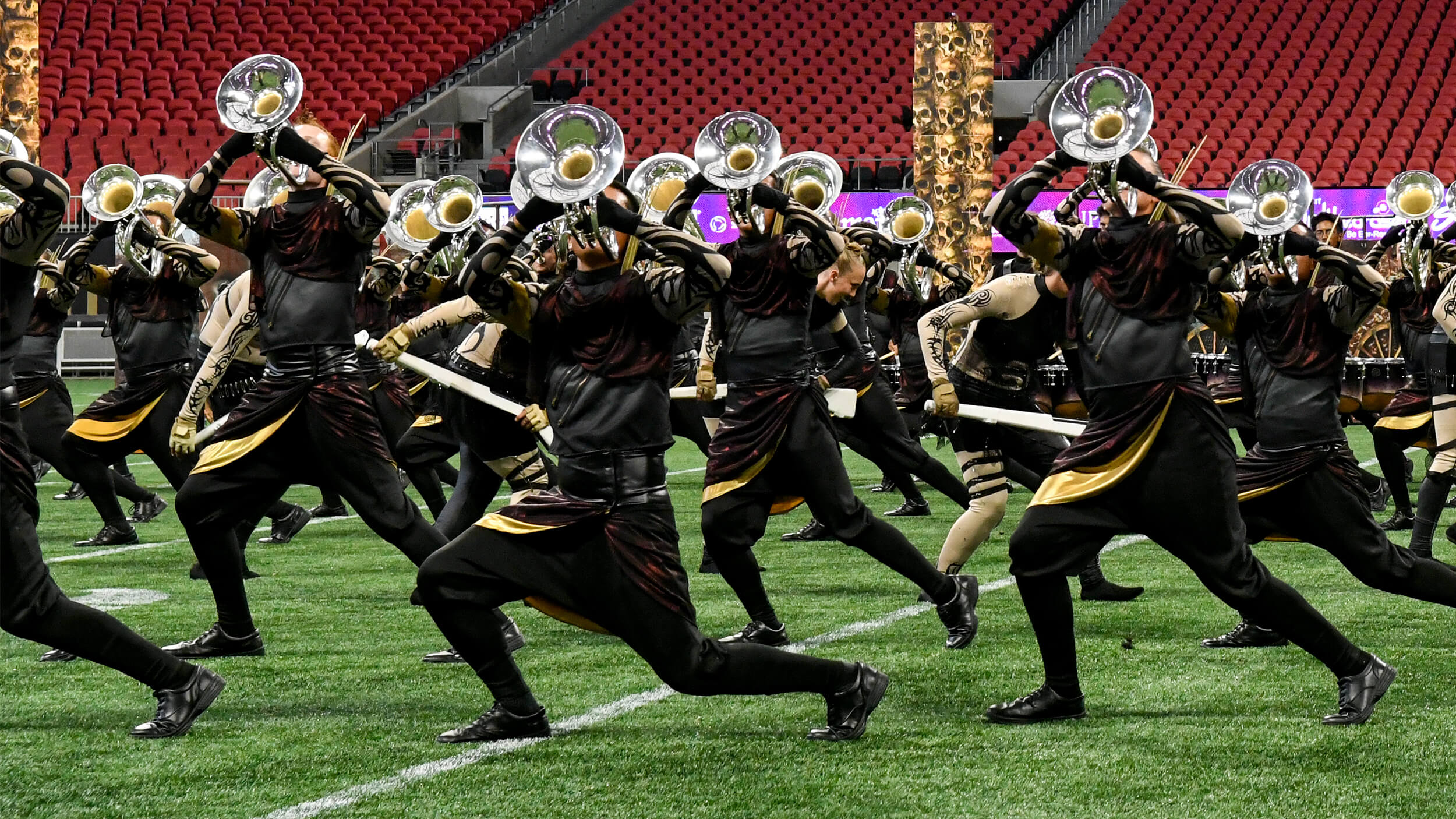 7th Regiment is mourning the loss of Alex DaSilva who was a member of the corps' cymbal section in 2016.

This segment from The Academy’s 2014 production had a little bit of everything including percussionists playing marimba with their eyes closed, 16 snare drums, and a drum major rifle toss front and center off the conductor’s podium.

Blue Devils' System Blue will be holding a virtual educational workshop on October 10 for students of all skill levels in the areas of brass, color guard, percussion, leadership, and woodwinds.

Blue Knights' chief operating officer and tour director are featured in a recent Halftime Magazine feature about careers in the marching arts.

Here's how you can win a private lunch and chat with the Bluecoats' talented design team.

It's not too late to sign up for Boston Crusaders Backstage where you can learn directly from the corps' incredible roster of staff members.

Save 20% site-wide at The Cadets' online store through September 30.

Carolina Crown has new inventory available of masks and its re-released show shirts dating back to 2007. Order while supplies last.

The Cavaliers' percussion section will be a featured clinician and performer at the virtual 2020 Percussive Arts Society International Convention in November.

Colts welcomed in the first day of autumn with a throwback to the corps' 2007 "Equinox" production.

Turn back the clock in this video of Genesis' drum line at the 2017 DCI Eastern Classic in Allentown, Pennsylvania.

Your everyday purchases through Amazon can directly benefit Heat Wave.

The latest Impulse watch party brought together a panel of former performers and staff members to talk about the corps' 2015 "Interpolation" production.

Jersey Surf took a moment for some sky appreciation in this throwback to the Alamodome in San Antonio.

Madison Scouts welcomed Christin Gates Calloway as the newest member of the organization's board of directors. Calloway currently serves as a policy associate with the Race to Equity Project where she leads community partnership and engagement to address racial inequity in the Madison and Dane County (Wisconsin) areas.

Mandarins turned the clock back more than three decades this week to 1988, a year that saw the corps take home its second championship title in DCI's A60 division.

Pacific Crest has an employment opportunity for a part-time social media coordinator.

Head back to the lot with Phantom Regiment during the corps' trip to Indianapolis for the 2016 DCI World Championships.

Stay on top of the latest news and information on getting involved with the Seattle Cascades by filling out the corps' audition interest form.