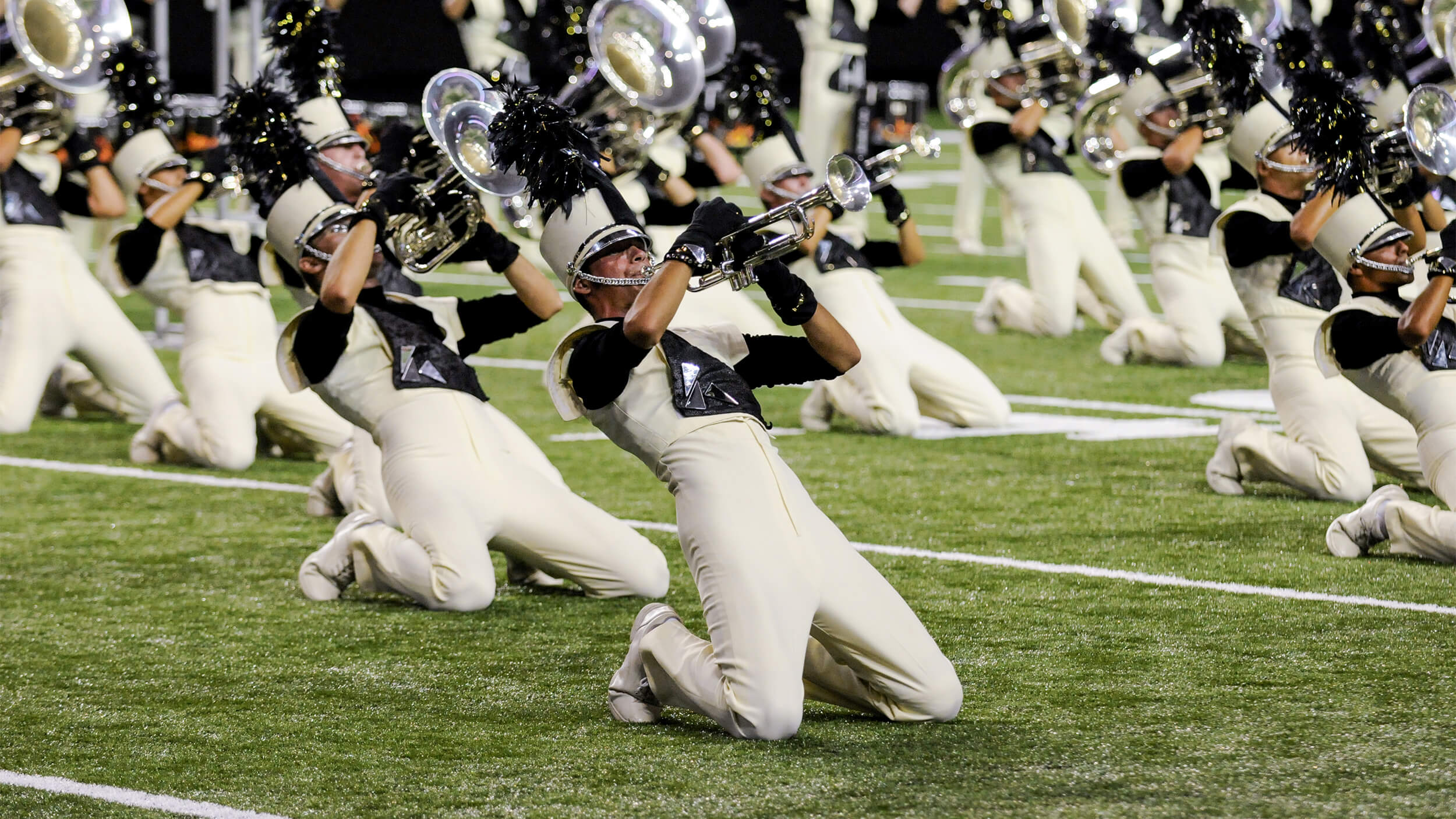 The nomination period for the 7th Regiment Hall of Fame is now open.

For a limited time only, The Academy has re-released shirts from the corps' popular "Drum Corpse Bride" production.

Check out this clip of The Battalion in the lot during the corps' 2019 trip to Denver for the annual Drums Along the Rockies event.

Band directors and music educators can fill out this survey to get 75% off the registration fee to attend the corps' one-day virtual workshop with Dr. Tim Lautzenheiser and Blue Devils staff members on October 10.

Blue Knights hosted a virtual induction ceremony for the organization's 2020 class of hall of fame members.

Aaron Meyer, host of Blue Stars' "So You Think You Can Move," explains what the new contest with a cash prize is all about.

The Bluecoats School of the Arts "Symposium II" December 5-6 will feature award-winning composer, performer, and YouTube star Jacob Collier as a keynote lecturer.

Every registrant to the corps' new educational Backstage platform will receive an exclusive swag bag full of Boston Crusaders gear.

In memory of guitar legend Eddie Van Halen who passed away this week at the age of 65, the drum corps community looked back to Carolina Crown's 2011 "Rach Star" production where the group performed an arrangement of Van Halen's iconic "Eruption" solo.

This fall The Cavaliers are hosting virtual marching band contests with the next deadline for entries coming up on October 12.

This week the wraps came off the Colts Red Zone, an offseason educational experience and audition opportunity for students looking to advance their performance skills.

Registration is opening soon for the 2021 Gold Winterguard.

Guardians is collecting applications for a number of instructional and support staff positions.

Since the shutdown of the 2020 DCI season, Impulse has put a focus on reengaging with its alumni base to keep the organization thriving.

Jersey Surf threw things back this week to the corps' 2012 "Bridgemania" production.

Mandarins recently turned back the clock to 1992, the year that the corps won its third DCI World Championship title in Division III competition.

A new lineup of apparel was just added to Phantom Regiment's online store.

In 2015, River City Rhythm squared off against the Oregon Crusaders in this DrumLine Battle on the day of the DCI World Championship Finals.

In a special video, Santa Clara Vanguard corps and staff members thanked all those who helped raise more than $150,000 in the organization's Front and Center fundraising campaign.

Seattle Cascades named the members of the corps' 2021 brass instructional staff. "This perfect combination of educators come from a wide range of backgrounds that will continue to elevate our brass program," director Brian Smith said.

This week Southwind recognized the birthday of Michael Terry, the founding director of the corps.

This Sunday, October 11, Troopers will host a virtual open house for brass musicians. The event will give prospective members the opportunity to interact with staff members and learn more about joining the corps for its 2021 season.