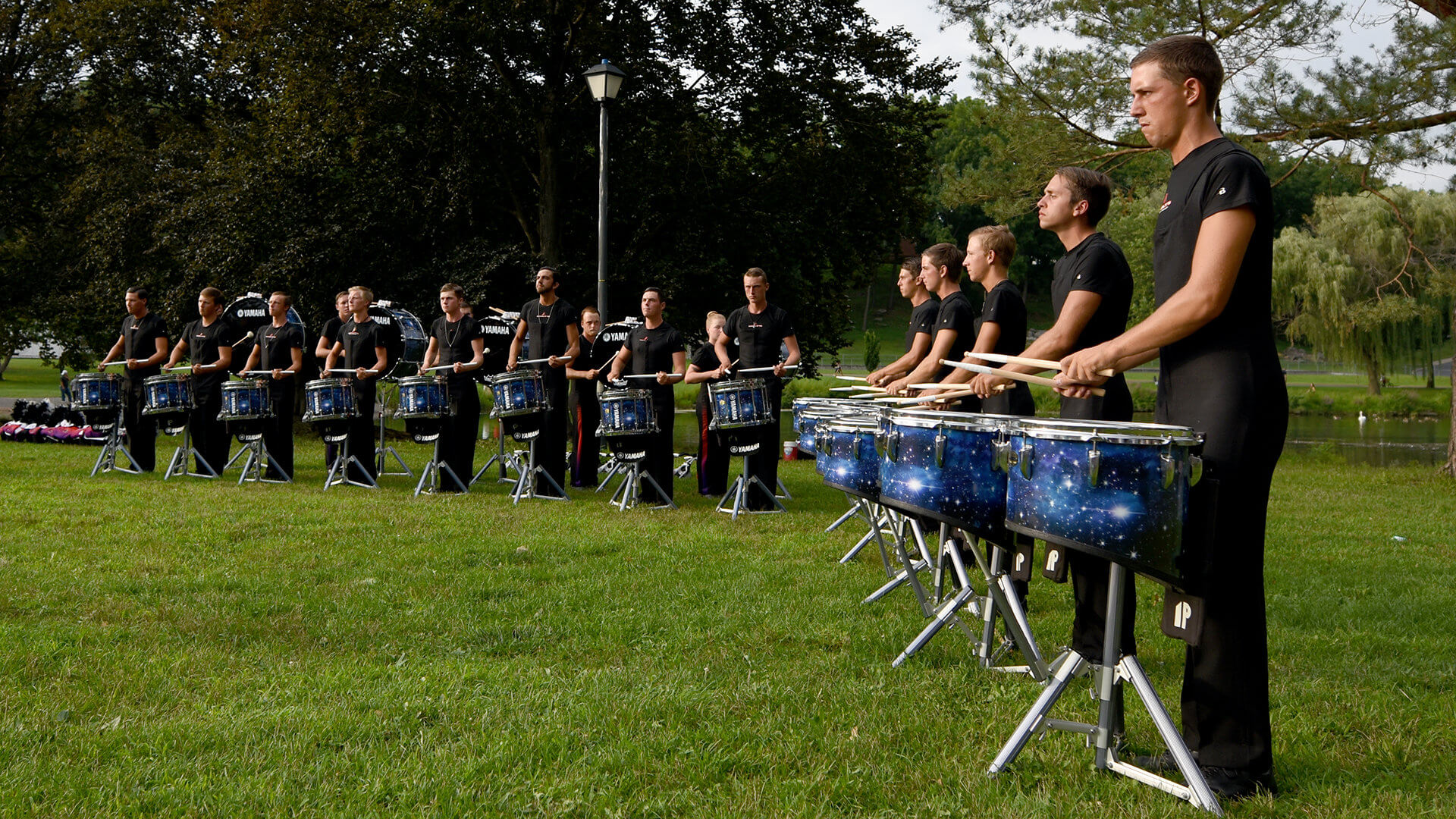 The Colts drum line warms up before the 2016 DCI Eastern Classic in Allentown, Pennsylvania.Photo by: Drum Corps International

In a flashback to the summer of 2016, the Battalion posted more than 100 photos from the corps’ first public performance on June 21.

Check out this deleted scene from the television docu-series “Clash of the Corps,” in which a member of the Blue Devils offers financial advice to another.

This week Bluecoats added new personnel to its instructional staff including an assistant music ensemble coordinator and battery percussion coordinator.

Boston Crusaders is requesting input for a survey being conducted about the corps’ uniforms. Participants will be invited to enter a giveaway for an Amazon gift card.

If you missed the first installment of the new television docu-series “Clash of the Corps” featuring the Cadets this week, the corps tells you how you can catch up.

Colts named the members of its 2017 percussion instructional staff.

A variety of practice and show flags utilized by the Crossmen color guard section over the past several years are available for purchase on the corps’ website.

During the Halloween season, sales of this Pacific Crest pumpkin-carving template will benefit the corps.

Did you know Santa Clara Vanguard will be marching in the Tournament of Roses Parade? Here’s how you can help the corps with its expenses.

Shadow is recruiting members to join its Shadow Indoor Percussion group, the only independent WGI Sport of the Arts percussion ensemble in Wisconsin.

A Spartans alum has been awarded a $2.6 million research grant by the National Institute of Health.

Troopers gives a salute to the history of the corps in a new video posted to YouTube.

Past Editions
Corps news and announcements (9/30/16)