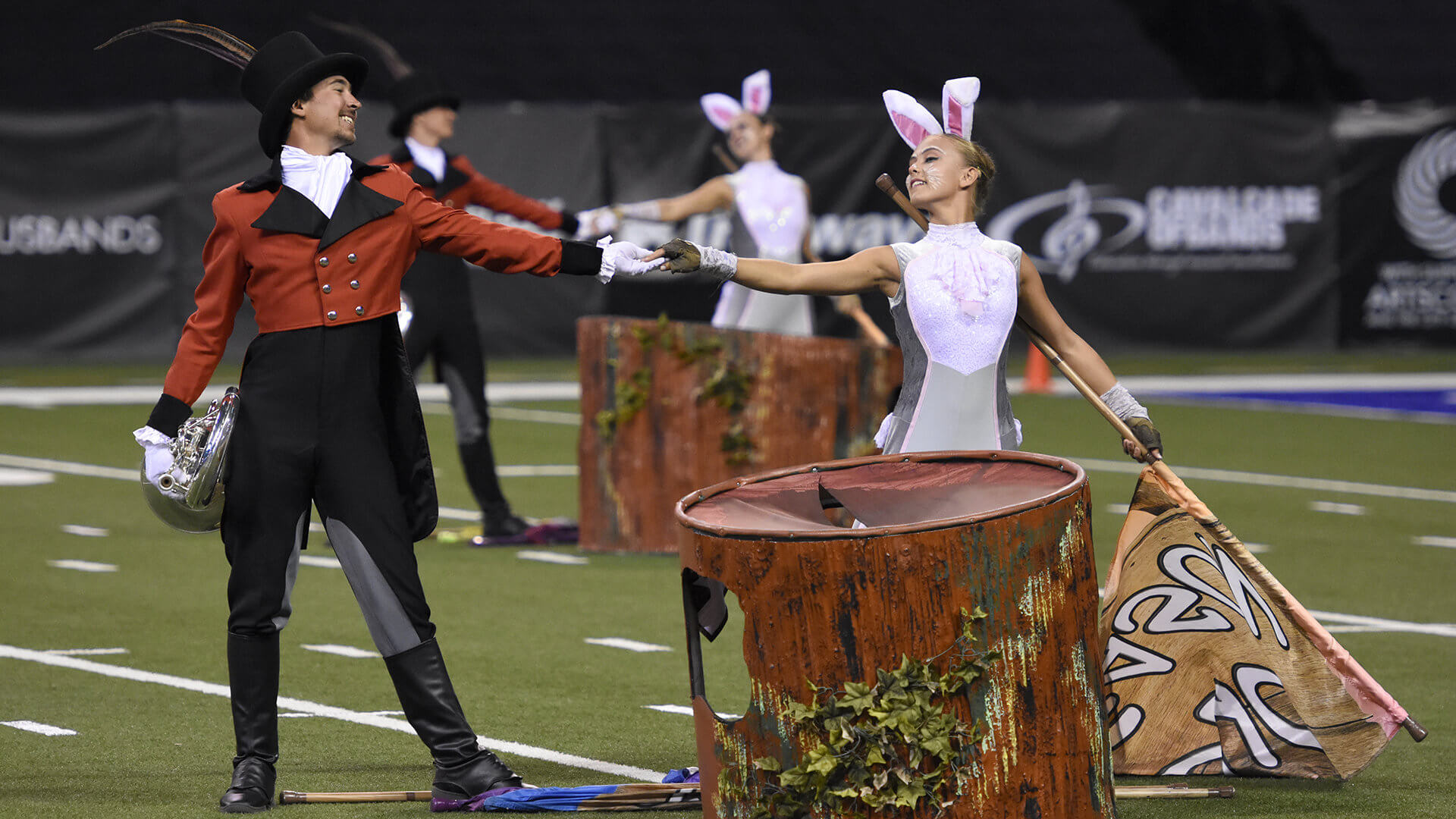 The Academy is selling the scenery used to bring its 2017 &quot;By a Hare&quot; production to life.Photo by: Drum Corps International

7th Regiment is anticipating fielding its largest corps ever in 2018, and here's how you can get involved.

Perfect for the fall marching band season or for giving your home décor a whimsical note, tree stumps and other scenery from The Academy's 2017 “By a Hare” production is now for sale.

Here's how to audition for the 2018 edition of the Blue Devils.

Blue Knights is looking for someone to provide accounting and data entry in the corps' Denver home office.

Here's how to audition for the 2018 Boston Crusaders.

Use code “CAVS2017” to receive 20 percent off all Cavaliers merchandise.

The Cedar Rapids, Iowa ABC affiliate interviewed Colts staffer Dr. Steve Rock and member Harlan Pfohl regarding how performing arts medicine helps the corps' members prepare for and get through the summer.

Monitoring the aftermath of Hurricane Harvey, San Antonio's Crossmen let fans know how they can contribute to the relief efforts on the Gulf coast of Texas.

Genesis has posted info on upcoming satellite and video auditions, as well as its annual FENIXperience Camp.

Guardians now has an interest form available to prospective corps members. 2018 is anticipated to feature the corps' longest tour to date.

Jersey Surf has a full spectrum of professionally maintained brass and keyboard percussion instruments for sale.

Legends has Yamaha brass, percussion, and electronic equipment for sale.

Louisiana Stars, recipient of the Most Improved Open Class Corps honor two years in a row, now has a participation survey available for those interested in joining the corps for its 2018 season.

Mandarins' hometown of Sacramento has a pretty cool mayor. Check out his Facebook cover photo of him bucket drumming with members of the corps.

Pacific Crest has audition info available for those interested in the marching with the corps during tis 2018 season.

Phantom Regiment is looking for volunteers to help clean out the corps' trucks and organize items in its South Beloit, Illinois warehouse.

Santa Clara Vanguard's first auditions will be held in Dallas the weekend of November 18.

Seattle Cascades posted information about the corps' 2018 audition process which will be geared toward performers who are seeking a transformative educational experience in the arts.

Shadow is hosting its free annual experience clinic on September 30 for percussionists ages 12-18. All performance levels are welcome.

Vanguard Cadets will be holding auditions in Los Angeles on November 25.

Here's how to audition for Watchmen's fourth season as a competitive DCI corps.