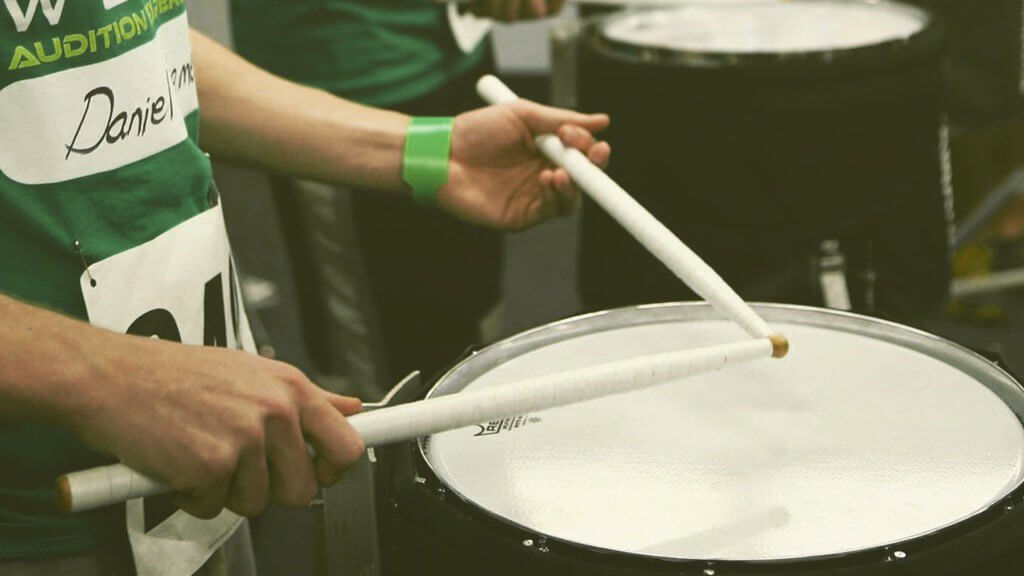 Drum corps across the country like the Cavaliers contine to audition prospective members as they set their rosters for 2016.Photo by: Twitter

• A look into audition camps across the country

• The Cadets reveal the title of their 2016 production

• The force is strong with a Troopers staff member

Blue Devils members are in Taiwan this week. Follow what they’ve been up to on the corps’ Facebook page.

Presented by the Blue Knights organization, the official drum line of the Denver Broncos, the Broncos Stampede, was recently featured by the Denver Post.

The Bluecoats report that the corps is off to an “amazing” start after hosting audition camps in Texas, Ohio, California and Georgia. “We were really pleased with both the new people auditioning at these camps, and the returning veterans,” Brass Caption Head Derek Gipson said.

Order your Boston Crusaders holiday ornament by December 18 to guarantee delivery by Christmas.

The Cadets revealed the title of the corps’ 2016 production “Stoned.” “Through the 11-minute performance, statues come to life. Lots of statues—at least 36,” Director George Hopkins said.

The Cavaliers recently hosted an audition camp in Austin, Texas. Check out these photos from the weekend.

The Crossmen will host their December callback audition camp this weekend in San Antonio. Get caught up with the corps’ previous three camps in these videos.

Check out this message from Incognito’s newly appointed drum major.

Nick Monzi has been named the staff and educational coordinator of the Madison Scouts. “Nick brings tremendous experience in the development and delivery of educational curriculum,” Executive Director Chris Komnick said. “He will be working closely with our instructional team to assure we deliver a high quality experience for our members.”

Get a first look and listen at Music City’s 2016 horn line in this video from the corps’ recent rehearsal camp.

As the 2015 tax year comes to a close, there are many ways you can give to support the ongoing operations of Pacific Crest.

Members of Phantom Regiment under the direction of brass caption head Christian Carichner, were presenters this week at the Midwest Clinic, an international educational music convention held annually in Chicago.

You can save 40 percent on Santa Clara Vanguard “Scheherazade” merchandise through December 24.

The force is strong with one of the creative minds on the Troopers’ 2016 design team.